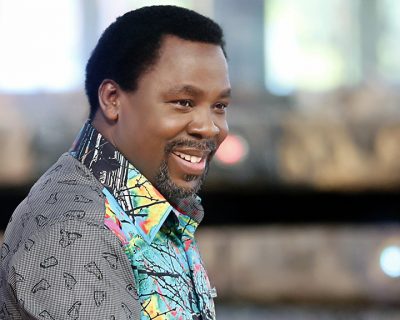 SCOAN’s Sunday Sunday service of February 12, 2017 was a day when the sick recovered health, the oppressed freedom and the dead were literally brought back to life – mind, soul and body .

Speaking of the importance of faith, the Prophet TB Joshua delivered a message of reflection entitled: HOW YOU NEED GOD . He said, « When we examine our daily life, we will discover how much faith we have. Faith is manifested in the small things of our daily life.  » He gave the practical side of the message with these examples, « For you, you do not need God to sit or stand. » You claim that you are a Christian – how many of you are sitting in the name of Jesus « Do you know that you need God to dress, makeup, comb your hair, see even greet?   » Pointing to the issue, Prophet TB Joshua continued , « Satan attacks you where you believe you do not need God. Satan attacks you where you think you do not need God. You create avenues and opportunities for Satan to enter. For you to be victorious in life, you must know how much you need God. « 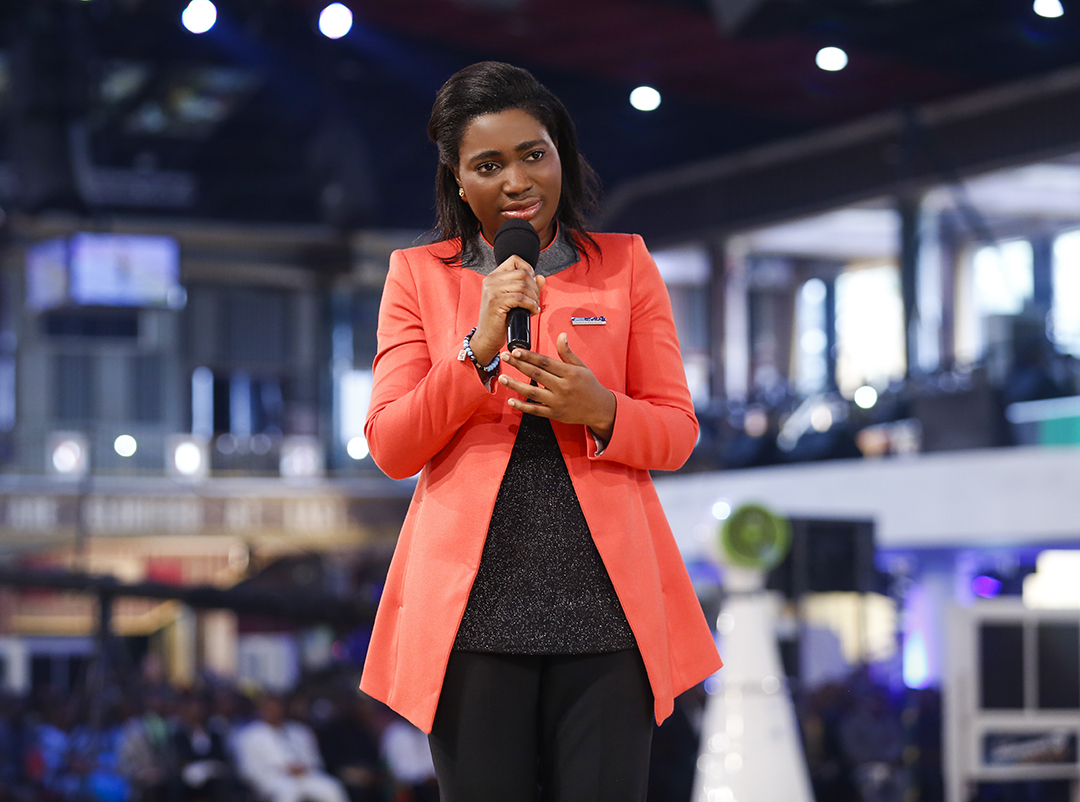 In his message, COMBATTEZ , Evangelist Shade called on Christians to prepare for war if they truly want to triumph over the tribulations of this world. « He who desires victory must be ready to embrace war,  » she added, adding that « we must not avoid confrontation. » According to her, a good Christian must confronted the world with confidence because « victory does not start with fear, doubt or condemnation. »

She warned God’s people not to let their situations affect their destinies, arguing that no matter what the world is throwing at them, they should fight with their eyes fixed on the victory that would crown their efforts: « Many have changed their destiny Listening to the voice of their situation. Do not listen to the voice of your situation. She summarized her profound message with the following philosophical maxim: « Life is not a playground or a consultation meeting; it’s the war.  »

By proclaiming victory over their challenges, people from all over the world came to witness how God had won their battle.

THE DANGER OF SPEAKING IN FOREIGN LANGUAGES

After tinkering with different medical options to cure her infertility problem, Ms. Bimpeh decided to look for the things of the Spirit. This zeal to grow in spirit led her to visit a prayer center where she believed she was « blessed » with the gift of speaking in tongues. The gift materialized only when it was visited in a dream by a gentleman and a woman. It was in this august dream that he was taught to speak in false tongues. Mrs. Bimpeh continued to speak in these languages, waiting for the Heavens to give her a new song on her lips, but without knowing it, she was already making requests to the devil. The tongues she had thought to dismantle the mountain of barrenness that had been the gap between her and the fruit of the womb, 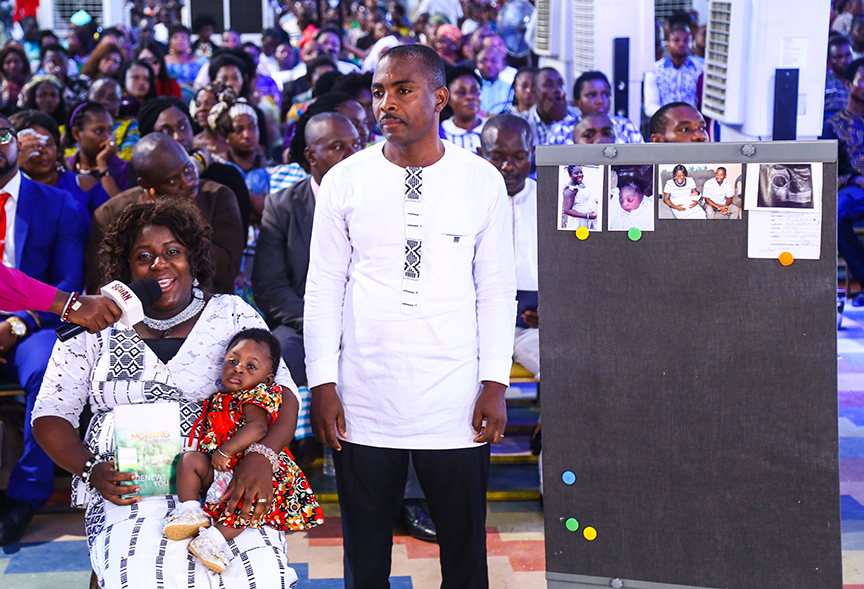 The more she spoke these strange tongues, the more her dreams became mysterious. She found herself in the presence of a strange woman in her dreams, pouring out demonic gibberish and sometimes seeing snakes even in the physical. Beyond the superficiality of these languages, there were sinister signs that demonstrated that the devil took him for a walk. She noticed that after her « colleagues » of speaking in tongues touched her stomach, she had a miscarriage. When she spoke these strange tongues with unparalleled vigor during a pregnancy, she underwent an induced abortion. In total, she had six miscarriages. Eventually, Mrs. Bimpeh began to nurture fears about the strange events in her life. She wondered why and how an activity supposedly filled with «

In a state of complete confusion, a friend introduced Emmanuel TV. Observing with grieved attention how God worked through the anointed channel, Mrs. Bimpeh realized that what she really needed was a deliverance by fire. This moment of spiritual reality has become the prologue of his path to salvation. By visiting SCOAN, she placed herself at the disposal of the Holy Spirit to locate her. During the service, Prophet TB Joshua prayed for Mrs. Bimpeh, gave her Morning Water and declared that her past was over, adding that she would return to the church to testify.

Six miscarriages and six years of tears have been erased from his past after being delivered. Testifying, Mrs. Bimpeh told the congregation how she conceived and brought a little girl without any complications, after nine months. Mr. and Mrs. Bimpeh thanked God for allowing them to cross the Red Sea from infertility. The Ghanaian couple advised people to cling to the faith and not to speak in strange tongues.

M. Thunzi was only nine years old when the devil invaded his dream and infected his innocent mind. That night, while other boys enjoyed their sleep, young Mthunzi was the victim in a nightmare where a giant man had come to abuse him. After awakening, he shared the horrible experience with his father but was told to disregard it as it was just a dream. But from this very moment, the South African has developed some negative behavioral traits. He started smoking, stealing and becoming violent. Before finishing high school, he was arrested twice by the police for his offenses.

His university career was a disastrous adventure because he abandoned everything after three years. From the university he ended up in jail after being arrested for a crime. On leaving, he found himself with his capricious gang and continued to live under the impulse of the moment: night clubs, drinking and smoking. While he was relaxing in a nightclub, he was approached by a man who wanted to sleep with him. The script looked like a hobby and he went with the man without looking back. After the saga of that night, it became a voluntary tool in the hands of man’s mind. Every time he was drunk he ended up with different men. All efforts to get out of this evil tangle were in many respects harder than a camel passing through the eye of a man, a needle. He had been bottled by Satan; It would take God to free him.

His relations with women were abysmal. Whenever he wanted to seduce a woman, he found himself with a prostitute or drug addict. Loaded by the imprudent and immoral commitments to which he had permeated his life, the flight of liberty has become imminent. He recounted his escapades to his brother who prescribed a solution. After watching Emmanuel TV, his brother knew that his case was a minor thing that would be treated perfectly to SCOAN. 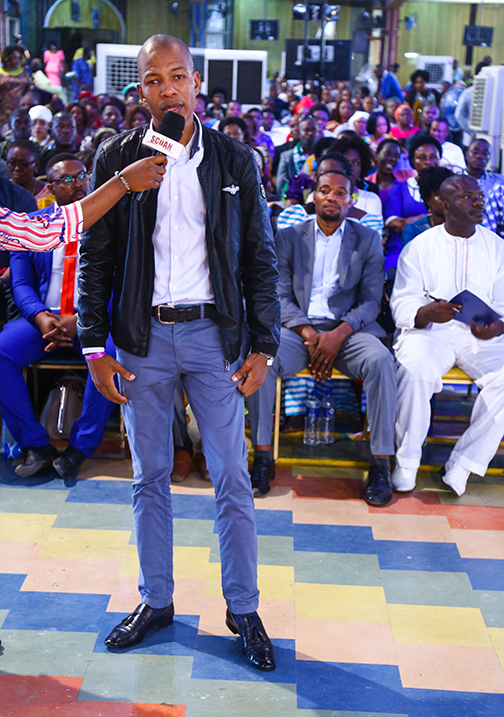 While visiting the Liberty Arena on the penultimate Sunday, Mthunzi received a prophecy from the Prophet TB Joshua: « You are in a mysterious life, » designating Mr. Mthunzi. « I’m sorry, you would like to have a passion for women, but your passion is for men, a very beautiful man. » The ladies would like you, but suddenly you find yourself having affection for men. .. It is the spirit of man that torments you, « he added. Confirming that the prophecy was true, Mr. Mthunzi was delivered as the man of God pronounced freedom in his life through prophecy in the mighty name of Jesus.

Testifying before the SCOAN congregation last Sunday, Mthunzi expressed great joy by saying to the faithful that he no longer wanted to drink, smoke or sleep with men. Instead, the evil hand working in his life had been cut off by the power of the Holy Spirit and he is free. Counseling people who have a similar problem, he exhorted them to cling to Jesus because He is the only solution.

MY MARRIAGE TO A STRAIGHT BEING

When she was seven, she noticed some fetishes in her mother’s room. These objects included idols of different shapes and represented different spirits and water animals. His mother worshiped these idols and would then transmit them to them. Rosemary was asked to make a covenant to inherit these idols when her mother died. To complete the alliance, little Rosemary was dressed in a white, half-naked dress, and was asked to kneel beside her mother. A cow was shot and its blood poured into a calabash. Rosemary was asked to soak her finger from the middle of the blood and lay it on her tongue. 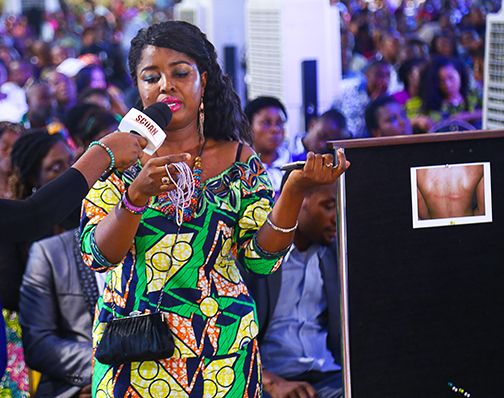 After consuming this alliance, Rosemary grew up to encounter a barrage of problems. The spirits of anger and perpetual misfortune had become a constant part of her. At the age of 25, the evil spirit that had entered into it during this alliance began to act on full scale. Instead of young and promising, all the men who came after her were married. Moreover, his relationship with them would have been suddenly tainted by his uncontrollable attacks of anger and unexplained resentment. For their part, men had problems with their wives because their homes were always boiling points with different problems. 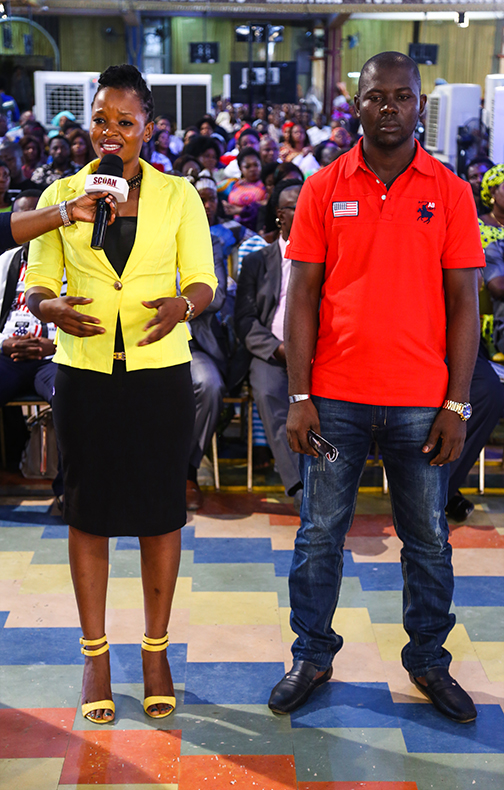 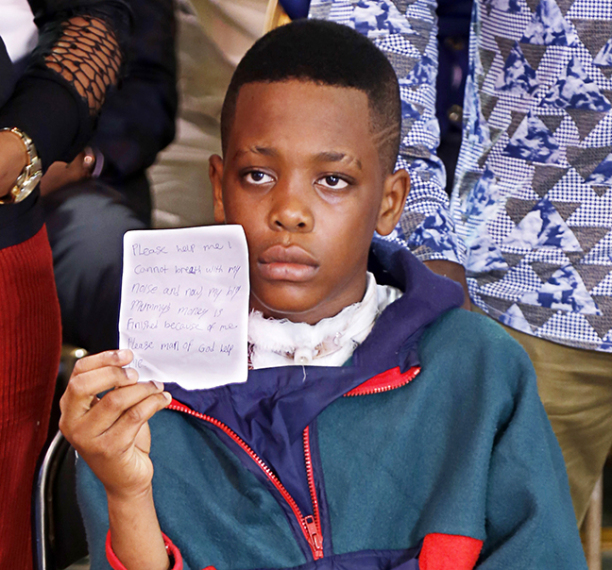 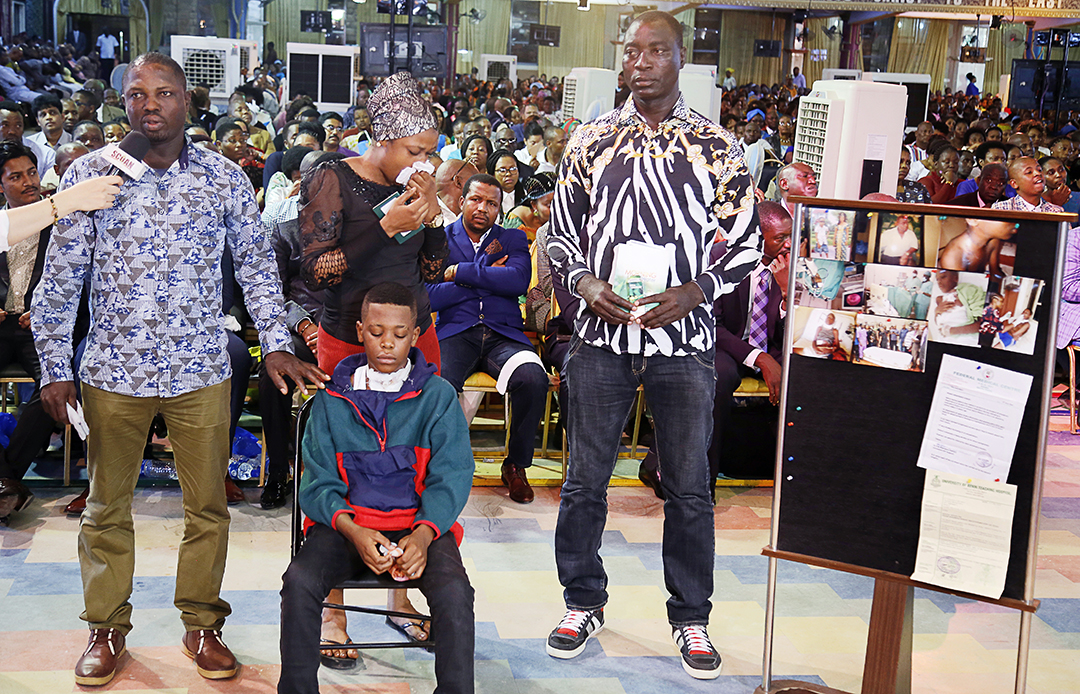 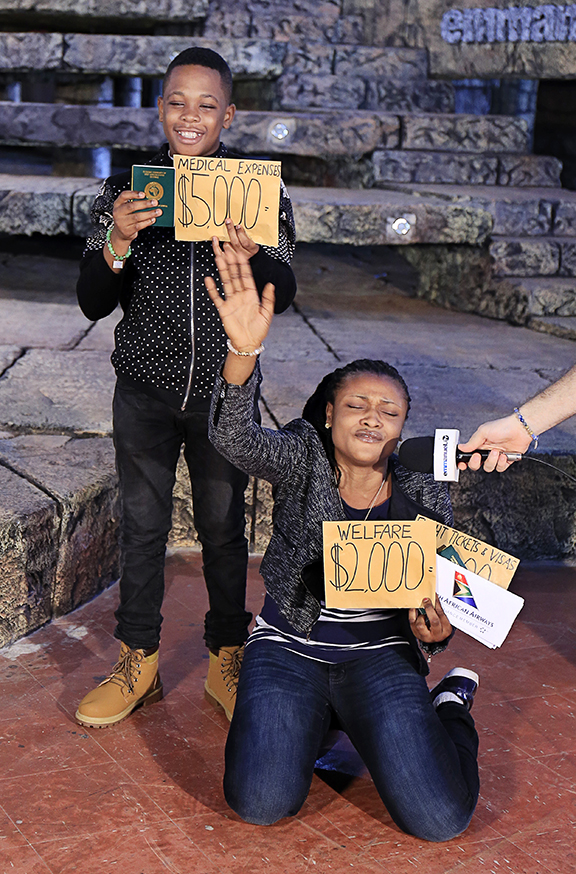 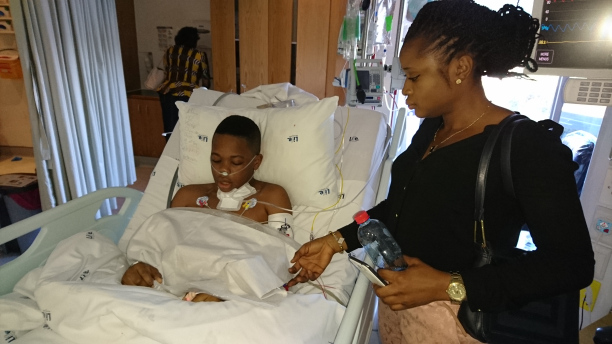 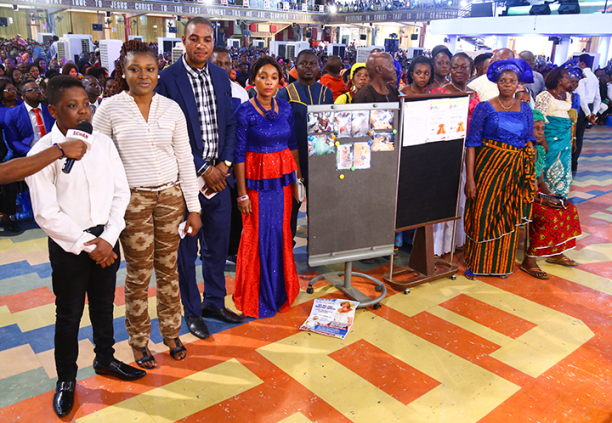 In conclusion, he exhorted the children of God to exercise their faith so that their belief in God may be felt and seen by the world: « You must exercise your faith to show that you believe. Faith must be practiced. Faith is practical; There is no abstract faith. It is by faith that you can tell people, ‘This is what God sent me to do’. Faith in our hearts can only be released by faith. If you can not show that faith, then you do not know the God you believe and If you do not know the God you believe, it means that it is not Jesus. «