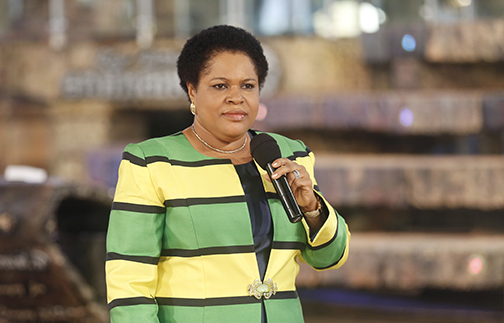 Opening Sunday’s service live from SCOAN, evangelist Evelyne Joshua brought an encouraging message titled, GOD IS WHO IT IS.

Inviting Christians to connect with God through faith rather than clinging to the physical circumstances that would always cause doubt in their minds, she added that faith in God, even in times of trial, brings blessings: Faith elevates us above the realm of the senses, our reasoning abilities, understanding and makes God’s possibilities available to us. The Bible says, Blessed are those who believe without seeing; Blessed are those who shout, « Hallelujah » before a miracle happens. Blessed are those who bless God in their trials and difficulties because they will be blessed by God through their challenges.  »

She added that faith will only be activated when we make the Word of God the norm for our lives. As Christians, as the Word grows in our hearts, it connects us to our Heavenly Father and makes us function with power: « The Word of God is a living and growing force that develops in the heart of man . As it grows, faith grows. As a child of God, if you continue to work with this divine faith, your word will be as powerful as if God Himself had spoken it.  » 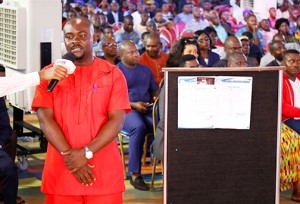 After his recovery, Mr. Eze went back to a doctor and asked for the catheter to be removed. When he reached the house, he felt pain and ran to the toilet. Administering Morning Water in prayer, he was surprised when he urinated the calculation of his kidney! In thanking God for saving his life from the hands of a deadly disease, he advised people not to hide their problems, urging them to find all the means to come to God to receive their healing.

FROM ELECTRICIAN TO COMMISSIONER 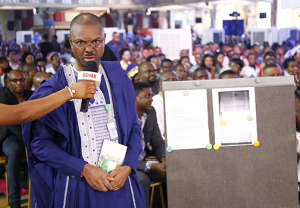 A PROMOTION SEALED AND DELIVERED FROM THE THREE OF THE GRACE 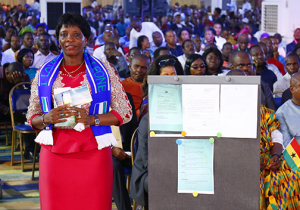 She joined the foreign mission of her country in 2011 and had always wanted to excel. One day, she came back from work and found her children watching Emmanuel TV at home. The great miracles, teachings and testimonies that she saw on the chain so inspired her that she began to pray to God to take her to SCOAN.

God, in His mighty ways, has responded to His prayer. In 2014, Ms. Isata Bangura was posted to Nigeria as the third secretary of the Sierra Leone Liaison Office in Lagos, Nigeria. When the news reached her, she was surprised because at her academic level she was not qualified for such a display. However, she was happy because she had prayed for this opportunity. As soon as she moved to Nigeria, she was promoted to the position of Deputy Secretary, Seventh Grade, in the same year.

After this shocking promotion, Ms. Bangura began to worship at SCOAN with great dedication. She continued to pray for greater things to come. By 2016, memoranda were distributed throughout their missions inviting qualified persons to return to Sierra Leone to serve as Senior Assistant Secretary. Speaking to a colleague on their mission to Addis Ababa, she received documents on the sidelines of the promotion exam, including the civil service code she specifically requested.

Receiving the documents, Ms. Bangura began to study them. As she always did, she used Morning Water and unfolded all the other anointed materials, including the Bracelet of Faith in her prayers and meditation. After writing the exam, she returned to Nigeria. When the results were published in November 2016, she was successful and qualified for the position of Senior Assistant Secretary. Although she passed the exam, she refused to be too excited because if she did not receive a letter to this effect she would still remain unconfirmed. The highly anticipated confirmation letter was finally sent in January 2017.

During her testimony, Ms. Bangura told members of the congregation that she was very overwhelmed by the promotion because of the way she came. According to her, it is unusual for a person who just joined the service in 2011 to be promoted in a very short time. She thanked the God of the Prophet TB Joshua for doing the impossible in his life. She advised people to believe in God and allow Him to fix his calendar for them, adding that they should continue to pray with the Prophet TB Joshua on Emmanuel TV.

THE QUEEN TURNED ME NOYER 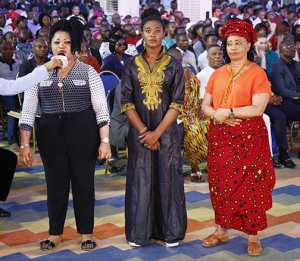 When she was very small, she had accompanied a friend into a stream in her hometown. There, he was taught to swim only to find himself deep inside the creek. An invisible force had caught his legs and made it difficult for him to swim safely or detach himself from the entanglement. All she could do was to shout, attracting the attention of a lady who came to save her. After this saga, the young Ngozi did not reveal his experience to his parents. She continued with her life. But things were no longer as before with her spiritual life when she began to have strange dreams in which she would be surrounded by snakes. Sometimes she dreamed of a very beautiful woman draped in a dress with the dazzling of a queen, Crowning it. The strange woman’s dream visits continued even when she arrived at high school. She is started to be attracted to other senior girls who came to her for friendship, disguising themselves as school mothers. Even though she later fell pregnant for a boy at age 14, her attraction to women continued to haunt her obstinately, refusing to be uprooted. Ngozi had sent his daughter to stay with his mother in Cameroon to pick up the pieces of his life and perhaps to start a new life, but his intentions would promise nothing good to the family. The girl became a replica of the mother, living a capricious life and eventually becoming pregnant at 14 years old as well. It was a pill too bitter to swallow. According to Ngozi, History seemed to repeat rather unfortunately. She felt that her past haunted her somehow already. Concerned, she continued to spend her money on the herbalists who deceived her by believing that they could help her. Ngozi was sought after by men, but after becoming engaged, they disappeared suddenly. It was obvious that there was a force counteracting all her hopes of settling with a husband. Instead, she had more affection for women. As she continued to look for a way out of the problems in her life, Ngozi met Emmanuel TV and witnessed impressive testimonials on the chain. Immediately, she realized bitter truths and decided to visit the Arena of Liberty. As the appointed date approached, His daughter with whom she had planned to come to Lagos, disappeared. It took a few prayers for the girl to find herself with her mother. When they finally arrived at SCOAN, they attended Sunday service. And during the mass prayer led by Prophet TB Joshua, Ngozi was fished by the Spirit of the living God. As the prayers increased, the evil spirit that tormented his life manifested itself and was driven out of his life. Ngozi was overwhelmed by the power of God.
Her daughter, who confessed to having been raped at the age of 13, also received her rescue. The mother and daughter thanked God for their deliverance. Ngozi’s mother also thanked the man of God for being a worthy instrument that God used to deliver his daughter and granddaughter. 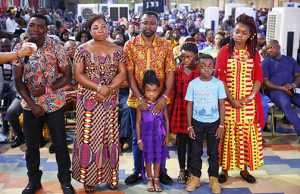 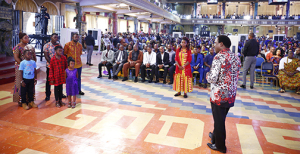 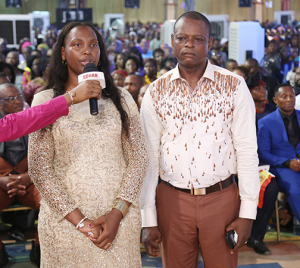 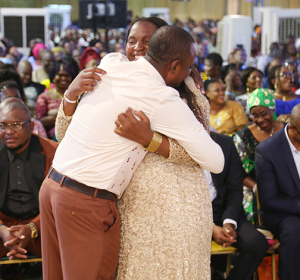