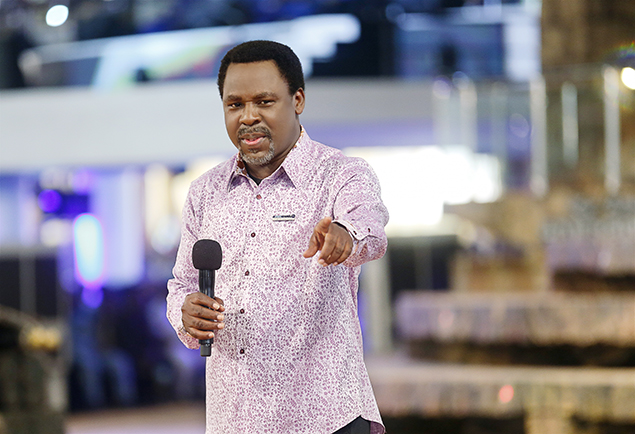 The presence of God is tangible as the Congregation expresses its faith by participating in all the glorious moments of the Service. Singing and dancing with the Choir, while applauding the testimonies of the blessings of God in their lives, the Congregation demonstrated that their own testimonies are directed towards them. The crowd also surrendered themselves to the Lord during the Mass Prayer, positioning themselves for a new level, while the Kingdom of Darkness was brought to total submission by the Power and the Glory of the Most High .

Speaking of faith, the Prophet TB Joshua conjured Christians to always meditate on the Word, for it has the possibility to inflame faith, when the Word dominates the heart, and influences our character:  »  All you need is To meditate on the Word. The more you meditate on the Word, the more your heart acts in accordance with the Word. Remember, when the Word dominates your heart, it influences your character and behavior. When faith comes, it influences your conduct and your character – it is no longer you who act, but God who wants you to act. Allow the Word to dominate your heart. «  He also observed that faith is a confidence that can not be placed in an entity that is not reliable. According to him, God being our only Reliable Refuge, He will always respond to our prayers and supplications when they emanate from hearts filled with faith:  » Faith is trust – the kind of trust that you can not place in a human being. Who is trustworthy? Who is reliable? Who has neither beginning nor end? Only to someone who is trustworthy, trustworthy, has no beginning or end, in whom one can place that trust. You can not trust a man who has a beginning, and an end, someone who will die one day, and leave you alone. When there is God, there is power. Anointing is the power of God. When God smiles, power smiles. When God sits, power sits. When God walks, power works. When God looks, power looks. Without faith, You can not make a request on the anointing – an application for blessing, deliverance, and salvation. That is why the Bible alone says faith pleases God.
The man of God concluded by reminding Christians that faith must be maintained. He also recalled that the beautiful things of life can only be maintained if faith itself is maintained:  »  Faith must be maintained. You will maintain your life if you live the life of faith – you will be able to maintain your finances and your health. In order to maintain your healing and your deliverance, without faith, it will not be possible for you. You follow Jesus by faith. The follower asks for faith, and knows how to use faith. Between you and God – a barrier of faith. If you do not have faith, you do not know who you serve. When faith comes, It influences your character and behavior.
Earlier, in a message entitled LOOK AT YOURSELF , the Olamid Evangelist advised Christians not to base their judgments on external qualities, but one must consider the hidden force in people just as God did with many Great men and women in the Bible. She summed up her message as follows: ‘ Man very often commits error of judgment of character, but the Lord considers only the Holy Faith hidden in the heart, beyond human perception. When you come to God, He is not interested in your external qualities and skills but in your faith, for it is your faith that will cause you to do one with Him. But today, when we look for a leader, we refer to external qualities. One forgets to realize that the human point of view is limited, but the point of view of God is beyond and is unlimited. You need to discover your roots in God. A man of faith is not satisfied by the world, but sees beyond the world. «  She gave the following advice to the people of God in the world: « Your life will always be at the level of your words, because we measure our Christian life by the thoughts that are in our hearts. Your words express your thoughts, which are the seeds of your life. Educate your thoughts in accordance with the Word of God. «

EVEN FACE TO DEATH, THE POWER OF GOD TRIOMPHE

Preparing to travel from Yaoundé to Douala on 21 October 2016, Ms. Pauline Moanyang received discouraging information on the nature of the highway linking the two Cameroonian cities. A landslide had cut the road in two, making it a deadly trap and prohibiting vehicles from practicing this road. Thinking of the different routes, she had considered traveling by air, but was very disappointed when she realized that all the flights that day were canceled. The only option left for her was to travel by train. When she rushed to the station, such a crowd had gathered that it made him feel chills in his spine. Despite the enormity of the crowd, she was able to reserve a seat. 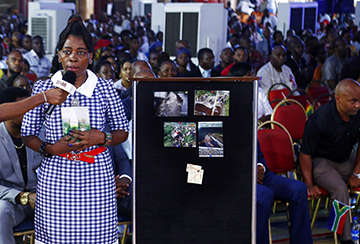 she entered the train, she remembered the words of the Prophet TB Joshua, who encouraged everyone to pray wherever they were, especially during trips. These words resonated strongly in his memory. She had thought of using Morning Water when the words of the man of God slipped into her conscience and pushed her into a powerful prayer.  » Oh Holy Spirit, take more of me and give me more of You – more of Your faithfulness, more of Your protection. » Lord Jesus, allow Your favor and Your mercy to speak to me throughout this journey . She then applied the Eau du Matin to her and her luggage. 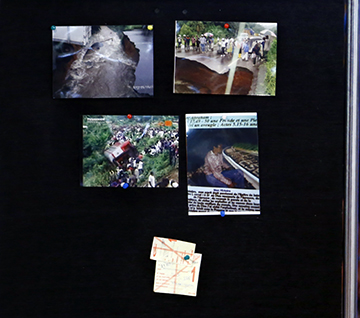 Trapped in the middle of the dead and clutching an iron, a voice directed her on how to turn the iron so that it could free itself from the deadly entanglement. To her big surprise, apart from herself, the only other survivors were two babies whose mothers, whom she had helped to carry when they could not find enough seats. Ms. Moanyang was amazed beyond words when she recounted her experience before the SCOAN congregation. It could best be described as a rendezvous with death that was thwarted by the God of the Prophet TB Joshua.  » I do not know how to express my gratitude to God for saving my life , » she said, testifying last Sunday at the Arena of Liberty.

THE CRI « THAT LIGHT BE » WILL DELIVER A BABY

The couple had envisioned a happy home in which to have their child would be a great blessing from God. Unfortunately, their expectations were not as persistent as the number of miscarriages that killed the couple’s joy. For the ambassador and Mrs. Raphael Horsfall, life had lost its meaning without children. Mrs. Horsfall had had seven miscarriages before her husband relies on faith to follow God’s path. Together, they agreed to build their tent with God at SCOAN, believing that their case would not escape the anointing that breaks the yoke. On their way, the couple received the prayer of the Prophet TB Joshua who blessed them later with the Morning Water as well as with the Morning Sticker. 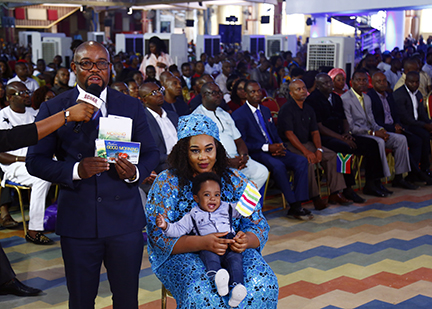 Returning home to Abuja, the capital of Nigeria, they administered the Morning Water with devotion and prayed with Prophet TB Joshua on Emmanuel TV. A few days later, Ambassador Horsfall received a call from his wife to tell him that she had not seen her period. Usually he was not excited because he had heard such news for the umpteenth time. In the depths of his heart, however, there was a strong conviction that something new had happened. 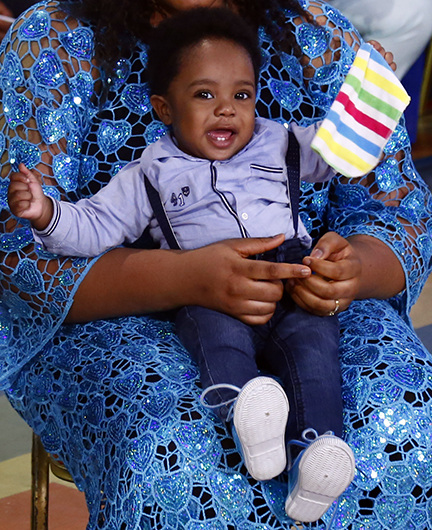 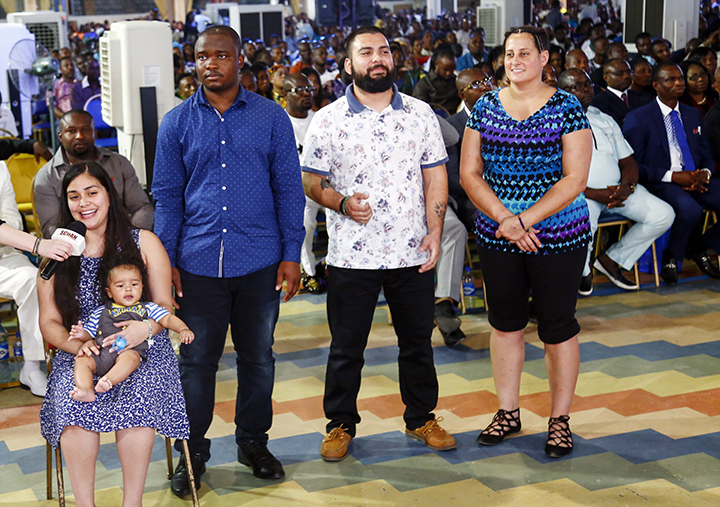 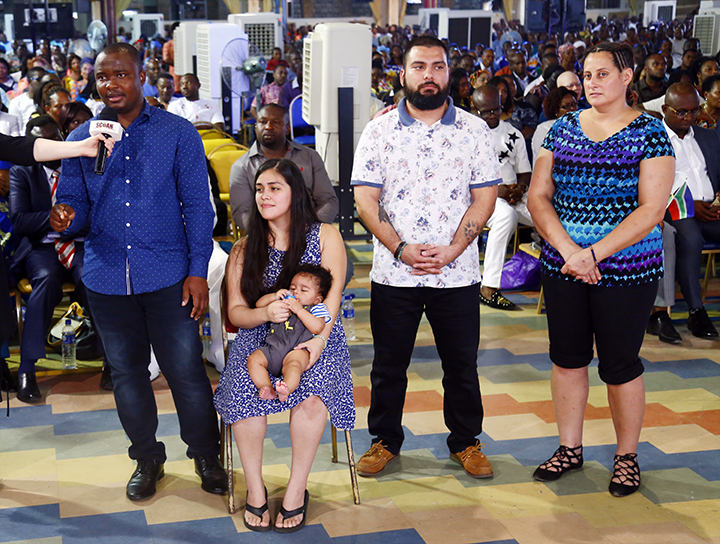 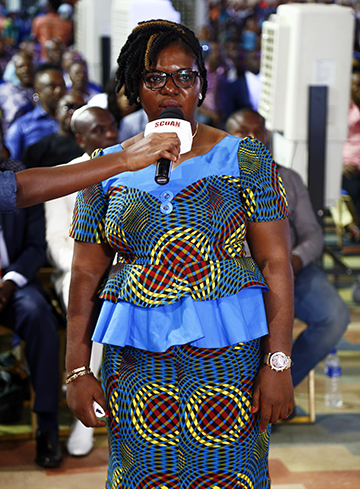 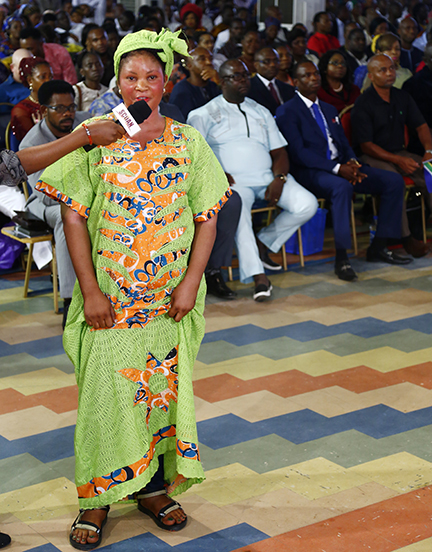 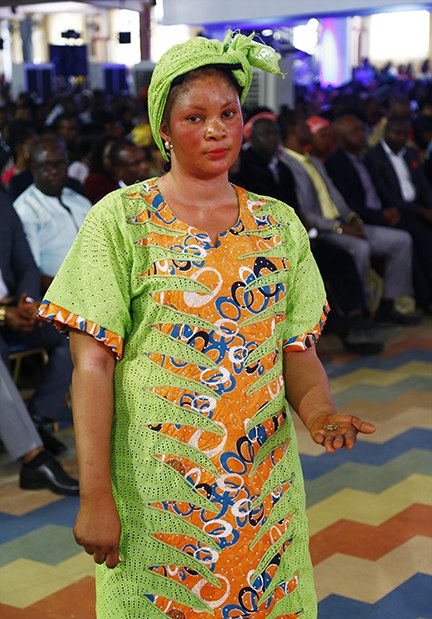 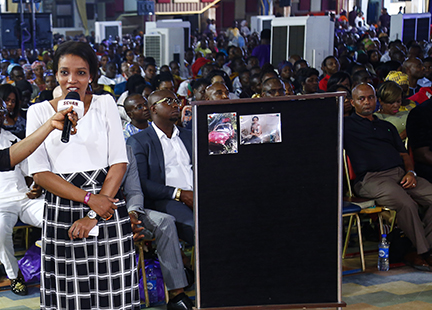 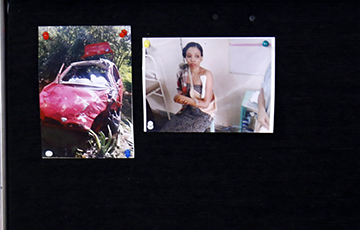 In her testimony last Sunday, the young woman radiated great joy and confidence in Jesus Christ by telling her how her addiction almost ruined her life. Now totally free and free of these immoral habits, she advised parents to strive to monitor their children and the type of people they frequent.