TAKE CARE OF YOUR HEART - The Synagogue, Church Of All Nations - SCOAN - Prophet T.B. Joshua (General Overseer) Skip to content 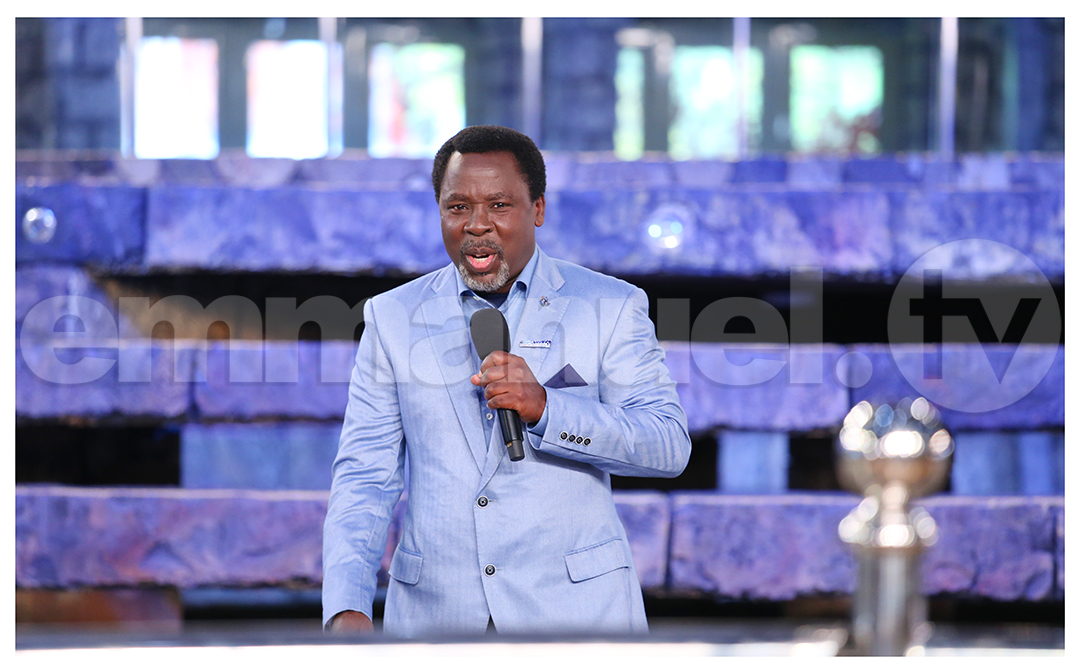 For the service of Sunday, January 22, 2023, among the worship songs with which The SCOAN Choir called down the Host Of Heaven was “Liberate My Spirit”, one of the highly inspired compositions of God’s servant Prophet TB Joshua. They also led the church in extolling the powerful name of Jesus Christ, while stating that nothing could be achieved without it.

And because love of God and obedience to His Word are matters to do with the heart – the contact point for God’s Spirit – Evangelist Shina exhorted the church on the sermon “Take Care Of Your Heart”. Although he took his proof text from Matthew 15:8-9 and 18-19, he also asked congregants to refer to Jeremiah 17:9-10 and 31:33 as well as Deuteronomy 10:12 and 30:6.

Given that the message was mainly about preparing and renewing one’s heart for God, Evangelist Shina fittingly made David his biblical example. David, he explained, had returned to God with a broken spirit and a contrite heart to expressly ask for the forgiveness of his grievous sins. Like David, he said, believers need to do a frank self-examination in their bid to ascertain their standing with God. “Create in me a clean heart, O Lord, and renew a right spirit within me,” David had asked in Psalm 51.

Accordingly, Evangelist Shina asked congregants to search their hearts and determine whether they were in God’s presence to secure true reformation of heart or they were just there for other mundane reasons. He told them: “What God looks at and requires is your heart. It does not consist in money, position, fame, popularity or costly sacrifices or prayer and fasting or waving of hands in worship without thorough reformation of heart and life.”

Concluding the sermon, the preacher asked congregants to ask God for “a heart that is not rebellious, that is humble and sincere,” which is the divine way of gaining pleasurable living and lasting achievements that help and enrich others.

Set Free From Bondage Of Illness And Affliction In Jesus’ Name!

Women with pregnancy complications also presented themselves for prayer in the name that is above all names: Jesus Christ!

Soon afterwards, the evangelists joined the woman of God in ministering prayers of healing, deliverance and breakthrough upon the people. Again, the glory of the Lord filled up The SCOAN Auditorium as people experienced manifestations of the Spirit. As the people had all come with believing hearts, the Lord Almighty heard the supplications made on their behalf. As such, their testimonies are already assured – for the glory of God!

Evangelist James told congregants: “Whatever spirit that is causing you pain, embarrassment, sleepless nights – command it out, in the name of Jesus!” He also told them to pray: “You contrary, evil spirit fighting my destiny – I command you out!”

Evangelist Chisom told congregants to pray: “You contrary spirit, anywhere you are, tormenting my life – I command you, by the fire of the Holy Ghost: Out!”

Evangelist Joseph told congregants: “Every spirit in your body causing you disease, sickness –- be it cancer, ulcer – command it out!” He also prayed: “Whatever sickness that has been programmed in your body to kill you gradually: Out!”

Evangelist Ope told congregants to pray: “You spirit of poverty frustrating my family, business – anywhere you are: Holy Ghost Fire – Out!”

Two Sisters Rescued From The Malevolence Of A Family Idol!

During the service of Sunday, January 15, 2023, Joy and her sister Hannah kept a date with destiny. That was the day they were freed from the bondage of a spirit husband that had bothered them for decades. In her educational life, Joy was always doing poorly. In terms of relationships, she kept having dreams following which her serious suitors disappeared. Besides the spirit husband in Joy’s life, a family idol had also been hindering her parents’ progress. In just one week of her deliverance, however, she has started to witness the impact of God’s Right hand on her life. She advised people, “God’s time is the best.” In Hannah’s case, deliverance restored full vision in her right eye and freed her from the spirit causing her constant illness. Their mother thanked God for rescuing her family from the family idol. “I feel peace in my heart and give all the glory to God,” she said excitedly.

Peace, Prosperity Restored As Couple Is Freed From Family Idol

“No progress!” screamed the demon troubling Helen’s life as an evangelist conducted a one-on-one session with her on Sunday, January 15, 2023. As the demon confessed, Helen’s husband confirmed how it had been messing up his efforts to set up his wife in business. Testifying a week later, Helen told of how the family idol had been monitoring her life, giving her illnesses and nightmares and afflicting her with profitless hard work. “Potential customers kept ignoring my shop,” she said. Following the deliverance, however, Helen has entered a new lease of life and she has been sensing the presence of God in every area of her life. “Distance is no barrier – have faith in God,” she advised the people. Her husband, Paul, told of how things had taken a turn for the worse after his marriage. But he also quickly assured the church that he can now see God’s presence in his own affairs and those of his wife. He advised people to take their issues to God in prayer.

And Satan Is Put To Shame As Family Gets Unique Deliverance!

While confessing about its atrocities in Lilian‘s family, a demon confessed that it had been taking the lives of members every four years. Regarding the root of the problem, the demon said it was an idol that had crept into the family through Lilian’s father, who had several wives and had gone for so-called charms of protection for his children. Lilian, whose twin sister and other siblings were also delivered during the service of January 15, 2023, told of how she had always dreamt about snakes and how she used to see a giant man in her dreams. “I always fought my sister; we were sworn enemies,” she recalled about the effects of her dreams on her relations with her twin and other siblings. While in the third year of secondary school, Lilian had suddenly found herself unable to function in examination situations, leading to series of failures. Her mind would just go blank and she would be unable to write anything, until the paper was over. In marriage, she kept fighting her husband. On one occasion, she bit him on the penis, almost fatally injuring him. Although her sister had been urging her to visit The SCOAN for years, Lilian had been declining to attend until she came by herself last week. By chance, the twins ran into each other and the Spirit of God caused them to make up. As God would have it, both sisters received their deliverance and now have the light of God guiding their new relationship. “I no longer have bad dreams and affection has returned to my marriage,” she said. “I am so happy having my twin!” she added. She told the church, “Jesus is the same yesterday, today and forever!” Margaret, Lilian’s twin, beamed with smiles as she glorified God for restoring love in her family. Although she told of the tragedy of death that had befallen her family every four years, as well as of the evil dreams about snakes and a giant man that had tormented her for decades, Margaret expressed deep gratitude to God for rescuing her family. She also told of how she was healed after ministration of the New Anointing Water on her during an earlier service. An older sister of the twins, Angela, told of how she had suffered unknown illnesses and business misfortune after refusing to serve the idol of her father’s house. “Now I feel renewed in my bones – no more nightmares or illnesses,” she testified. “Run to God and have faith in Him,” she advised the church. Another sister, Elizabeth, recounted the family troubles before giving her concluding words: “Have faith in God – there is nothing He cannot do.” The only surviving son of the family, Isaac, spoke with excitement about his new identity in Jesus Christ, standing on the believer’s authority to pronounce long life and prosperity on himself and his siblings.

Osaze from Edo State testified about his healing from arthritic pain after prayer during the Laying Of Hands session. Now able to do things he had been unable to do before, he discarded his leg brace. “Thank You, Jesus!” he exclaimed.

Virginia from South Africa was healed of lumbar spondylosis and now she is free from all bodily pain. “I don’t want this lumbar corset anymore,” she said, while demonstrating all that she had been unable to do before. “I no longer feel numbness on my right side,” she further disclosed.