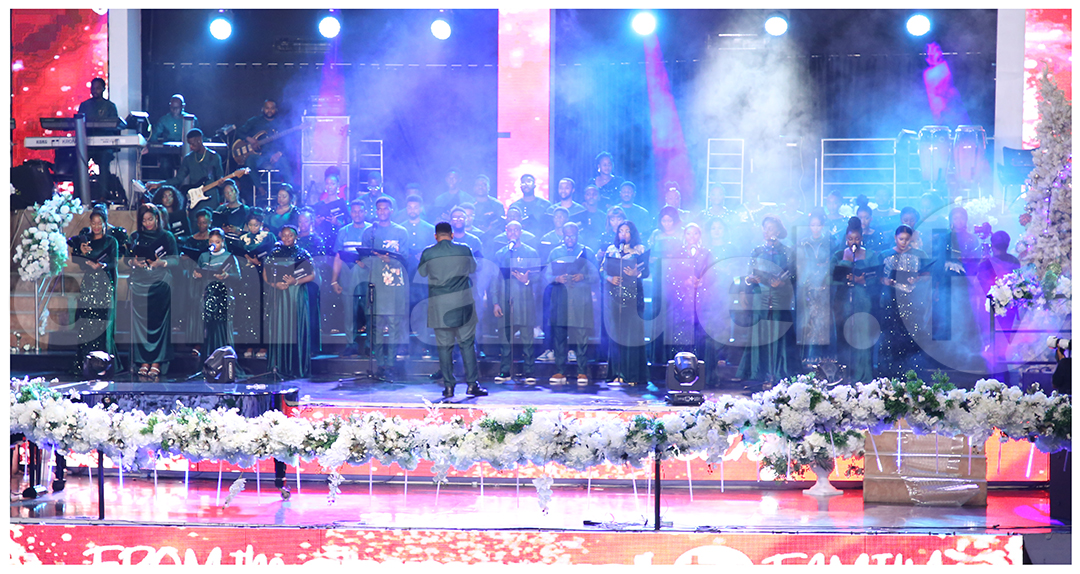 On Wednesday, December 21, 2022, The SCOAN Headquarters in Lagos, Nigeria was agog with the bright lights of Christmas as the carol service for the year was held to the delight of all – Emmanuel TV Partners, viewers all over the world and followers of the ministry of Prophet TB Joshua. As mother of the day, Pastor Evelyn Joshua sat among congregants, flanked by her daughter Heart and some church members.

After the opening prayer by Evangelist Chisom, service anchors Brother Jacob and Sister Jemila took turns to introduce the different singers and performers.

The night opened with a rendition of “O Come, O Ye Faithful” by Esther of The SCOAN Sunday School. Being a performance backed by a string-based orchestra, her rendition was received with excitement, even as its message was not lost on congregants and viewers of Emmanuel TV all over the world.

Of its numerous performances for the night The SCOAN Choir started with “In The Bleak Midwinter” – a song celebrating the birth of Jesus Christ under rather tough, humble circumstances. Their next performance was in French, titled “O Viens Bientot”.

And, given the international outlook of The SCOAN, it was fitting that there should also be a performance in another major language. As such, Sister Raquel delivered the special number “Al Mundo Paz” in Spanish as she proclaimed peace to the world.

Other performances by The SCOAN Choir, at different points during the service, included “The First Noel”, “Mary, Did You Know?” and “Joy To The World”.

There were also some performances by selected members of The SCOAN Choir. While some brothers performed “O Holy Night”, four sisters and a brother gave an equally mesmerising carol.

One member of The SCOAN Choir gave a solo performance of “Where Are You, Christmas?” in the bid to keep congregants attuned to the spirit of the season.

In continuation of the individual performances, Nii and James gave separate renditions of special numbers. While Nii sang in his native Ghanaian tongue, James got the audience skanking Reggae-style.

There was also a mimed dramatic performance by the I For Christ Drama Group, who demonstrated how Job acted in faith and stood with the Lord during the series of trials that severely tested his faith.

On their part, members of the Youth Church gave a choreographed display that thrilled the audience.

Quite interestingly, the Mauritian Sister Jemila – one of the anchors – gave a virtually flawless rendition in the Nigerian language of Yoruba.

After giving the closing remarks, Evangelist James said the final prayer for the service.

Merry Christmas – And A Happy New Year In Advance!