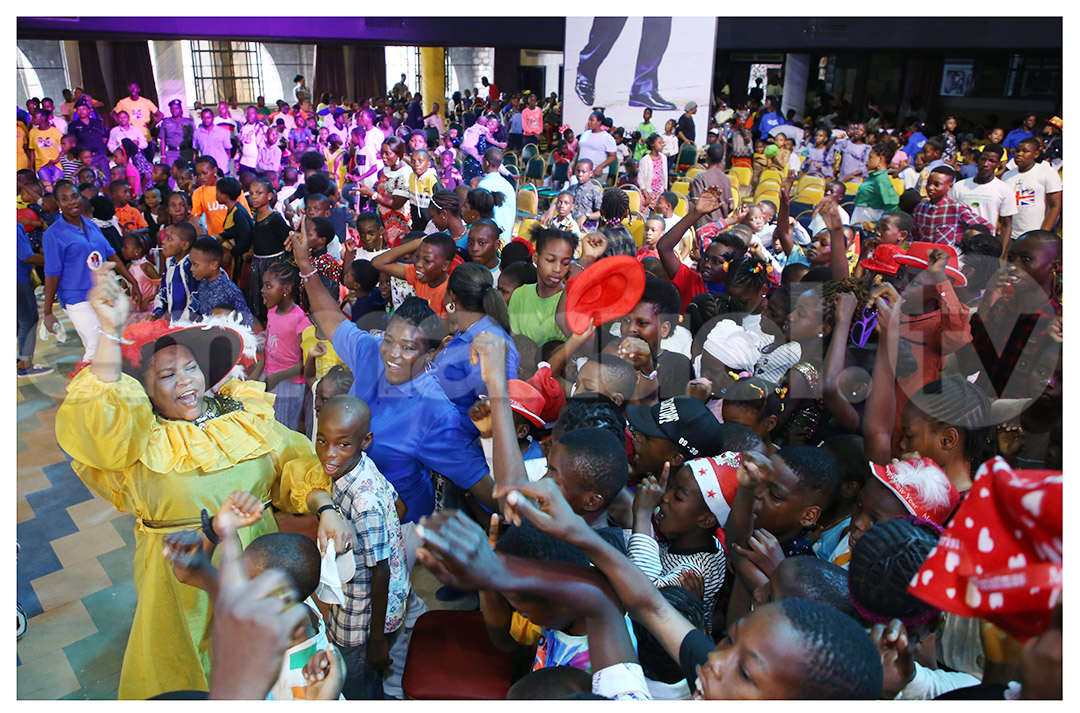 On Monday, December 19, 2022, children and teenagers of The SCOAN Sunday School and the Youth Church were treated to godly entertainment right inside The Arena Of Liberty. The event was The SCOAN Children’s Christmas Party 2022. As the children gathered to celebrate the season of love and giving, alongside their friends, they also had an opportunity to have the Word of God impressed upon their hearts. As the Bible says in Proverbs 22:6, “Train up a child in the way he should go, and when he is old he will not depart from it.”

The line-up of activities for the day included song renditions by The SCOAN Sunday School Choir, dramatic performances to illustrate different teachings by Prophet TB Joshua, operatic deliveries with orchestral support and recitations on numerous Christian themes, among others. As these performances carried on, the children and youth were cheered on by their parents and guardians.

Expectedly, the Woman in The Synagogue, Pastor Evelyn Joshua, was on hand to dance with the children and join them in cutting the Christmas cake. Together with the evangelists, the leader of The SCOAN handed out gift packages to the children as the party came to a close. In the rest of this article, we present pictures from the fun-filled event.

Heart and Lemuel anchoring the event:

The Sunday School Choir performed a number of compositions by Prophet TB Joshua, including “Sin’s Power Over Me Is Broken” and “Spirit Pray Through Me”. They also performed “First Noel”, “Mary, Did You Know?” and other Christmas carols.

On her part, Esther gave a solo performance in operatic format, singing “Joy To The World”.

The Emmanuel TV Kids sang “We Wish You A Merry Christmas”. They also recited Bible quotes on the birth of Baby Jesus and gave a recitation on the words “Joy To The World”:

Members of the Youth Church gave a dance performance of the play “The Promised Child”:

Children from The Sunday School dramatically illustrated the sermon “How Much We Need God”.

The drama cast demonstrating what it means to watch and pray:

Evans preaching on the topic “Love For Christ”:

John preaching on the topic “Fearless”:

The drama cast performs in French, teaching the virtues of love:

The children giving a dramatic performance of the poem “Train Up A Child”:

The children dancing to “Jerusalema”:

Pastor Evelyn Joshua leading the children to cut the cake:

Pastor Evelyn Joshua and the evangelists presenting gift packages to the children: