CELEBRATING THE PRESENCE OF GRACE - The Synagogue, Church Of All Nations - SCOAN - Prophet T.B. Joshua (General Overseer) Skip to content 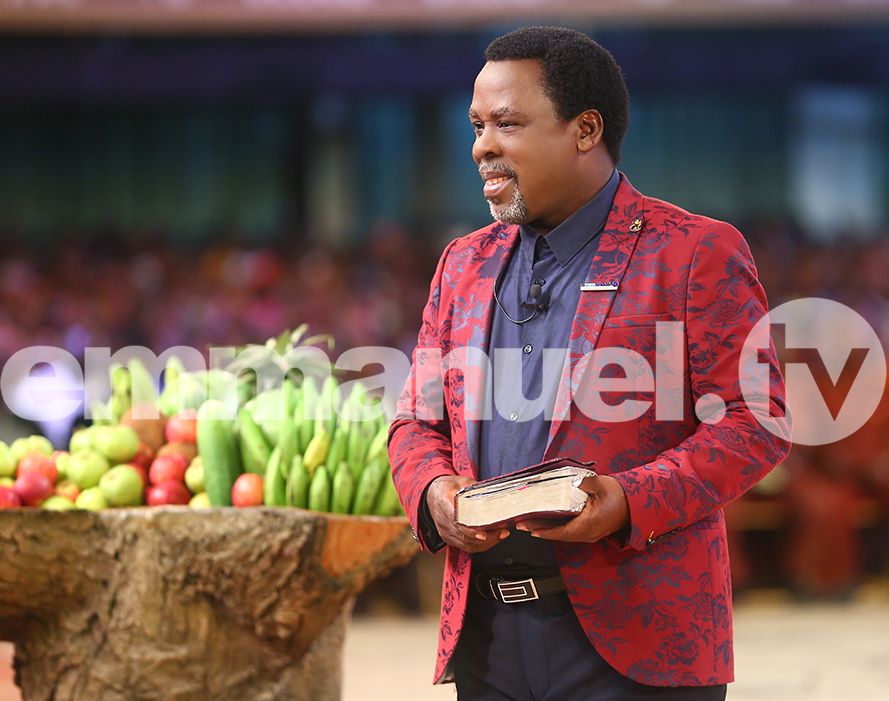 On Sunday, 4th December 2022, The Synagogue, Church Of All Nations, headquartered in Ikotun-Egbe, Lagos, Nigeria, was agog with festivity as thousands thronged it from all over the world. The occasion was The First SCOAN Thanksgiving Service, themed ‘Presence Of Grace’. It was a day that the people of God had been eagerly awaiting, so that they could dance as David did in the presence of his Maker. For His abiding grace and unrelenting favour on The TB Joshua Ministries, The SCOAN, Pastor Evelyn Joshua, The SCOAN Evangelists, Emmanuel TV Partners and congregants as well as viewers all over the world, Jehovah is indeed worthy to be praised.

Fittingly, The SCOAN Choir began the service by singing: “You Are Worthy To Be Praised/My Redeemer!” Many other songs followed as congregants joined them in singing joyously and intensely to call down the presence of the Holy Spirit. The Spirit saturation was visible as tears of joy and gratitude streamed down their faces.

And welcoming guests to the special service, Evangelist Ope assured the world that “The grace in this house is beyond measure!”

For the Bible reading, Wade Cantwell read from Psalm 95:1-7.

The leader of The SCOAN, Pastor Evelyn Joshua, then addressed congregants and viewers all over the world. “I greet you all in the name of the Lord,” she began. She then added, “Today is another day to celebrate.” From that point onwards she gave a recap of how God Almighty has continued to bless The SCOAN and the legacy of Prophet TB Joshua.

Among highlights of the divinely ordered heritage, the woman of God noted, is the unique programme ‘MY TBJ Moments’ – a platform through which prominent achievers in various walks of life give account of the transformation they experienced following their encounter with God’s servant, Prophet TB Joshua.

She equally mentioned SCOAN events held in the last one year, including The SCOAN Outreach Service In South Africa (held in late August 2022) and The Living Water Service (held on September 30, 2022 – the first since the pre-lockdown days).

Also highlighted by the woman of God are charity outreaches undertaken in the last one year, including rebuilding of The Emmanuel School in Pakistan and provision of relief materials to war victims in Ukraine and flood-displaced people in some Nigerian states.

She equally cited the renovation of The SCOAN Branch in Akure, Ondo State and the completion of other projects, some of which are located in Prophet TB Joshua’s birthplace of Arigidi-Akoko, Ondo State, Nigeria. “That is just the beginning,” she said with regard to the impact of God’s Right Hand of Power that has stayed on the ministry of Prophet TB Joshua.

Finally, Pastor Evelyn Joshua prayed for Partners of Emmanuel TV and all other bodies – governmental and non-governmental – that have been supporting The SCOAN and The TB Joshua Ministries.

At different points during the service, congregants and viewers all over the world were shown clips of the early days of The TB Joshua Ministries, as well as those illustrating the continuation of God’s covenant with The SCOAN and The TB Joshua Ministries. There was also footage of the newly renovated SCOAN Branch in Akure, Ondo State, Nigeria.

What followed for the rest of the day was a series of musical and dramatic performances, with the different acts and artistes introduced by comperes Destalker and Chioma.

Kayode of The SCOAN Choir performed a Jim Reeves classic that he dedicated to Pastor Evelyn Joshua.

Then came two sonorous orchestral performances on harmonious strings and horns – to the delight of Heaven. One of the performances was by 10-year-old Esther of The SCOAN Sunday School, who gave a solo performance of “To God Be The Glory!”

The SCOAN Choir also rendered special numbers, one of which was done in the Nigerian language of Igbo: “O Me Mma/He Has Done Me Well!”

Next to lead the people in praise was renowned Nigerian gospel act Mike Abdul, who also sang in a couple of Nigerian languages.

Similarly, the musical group Salt Of The Earth gave a captivating performance, followed by a morally educative choreographic display by members of The SCOAN Youth Church.

Other nations were not left out, as Ghanaian gospel act Kwasi Oteng performed sang “What A Mighty God We Serve!”

Afterwards, the I For Christ Dance Drama Group told several mimed stories of how to stay faithful to God in the face of difficulties and challenges.

There was also a time to give to the Lord – in token appreciation of His wondrous works. It was Pastor Evelyn Joshua and her family who went first, flanked by evangelists Ope, Joseph, James and Chisom.

Then followed dancing parades by the different church groups as they filed on to give their thanksgiving offering.

The final performance for the day was given by The Emeralds Choir from Ondo State, who spectacularly capped up The SCOAN Thanksgiving Service 2022.

To present the vote of thanks was Ronald Paulfields, alongside his wife. Subsequently, Mr. Durojaiye gave the closing remarks, while Evangelist Chisom said the closing prayer.

Let us remember that praising God opens the door to receiving more from the Throne of Grace.