DO NOT BE A MERE ASSENTER OF THE WORD - The Synagogue, Church Of All Nations - SCOAN - Prophet T.B. Joshua (General Overseer) Skip to content 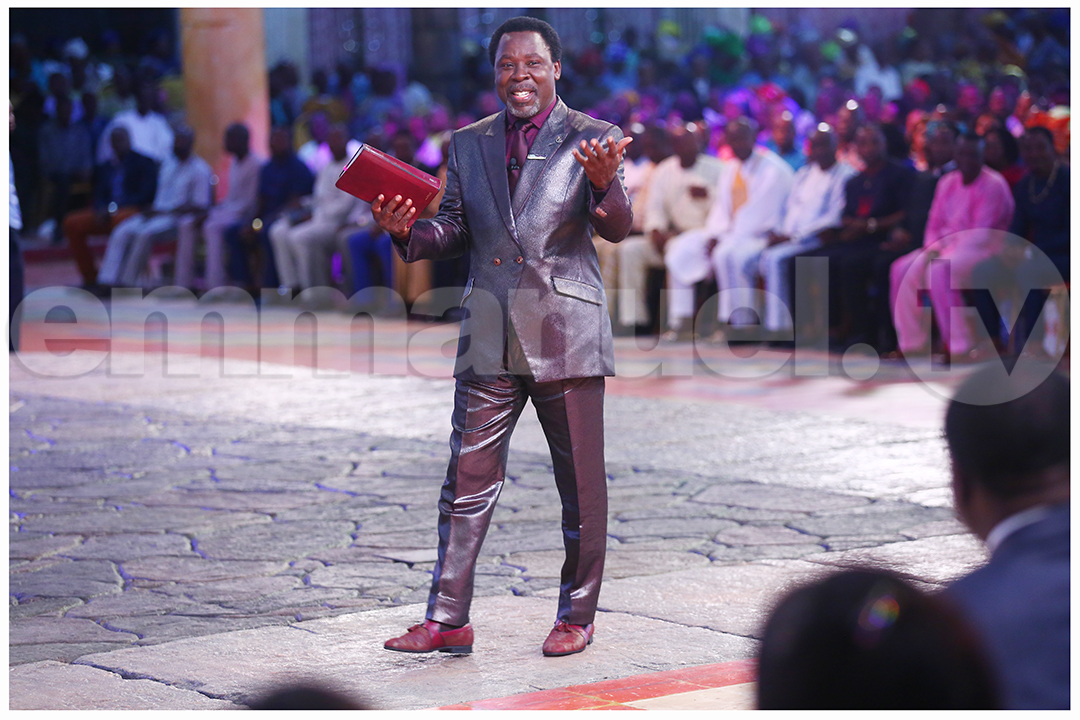 Saturday, 3rd December 2022 was the day of THE SCOAN HEALING AND DELIVERANCE SERVICE. From all over the world people had travelled to Lagos, Nigeria to witness the raw power of God work wonders in their lives. It was indeed a healing and deliverance service like no other, with the year 2022 nearing its end. All that the people needed to do was make a heart connection with God Almighty. And to help them achieve that, The SCOAN Choir transited from one Spirit-edifying song to the other, after opening with: “Almighty God/Hallowed Be Thy Name/Your Dominion Is Forevermore!” Soon, The SCOAN Auditorium became saturated with the presence of the Holy Ghost and congregants began to fall under the anointing, with many vomiting the root causes of infirmity and trouble in their lives. “I Speak A Mighty Blessing Into My Life!” declared the choir – and so was it in the lives of the people.

When she joined congregants to share words of exhortation with them, Pastor Evelyn Joshua started by saying: “It is a new dawn and we bless the name of the Lord!” She then intoned, “May we remain Yours forever, in the mighty name of Jesus Christ!” Seized by the spirit of song and thanksgiving, the woman of God sang, “He Knows My Name/He Knows My Every Thought.”

“God does nothing without His Word,” noted the leader of The SCOAN as she echoed Prophet TB Joshua before reading from John 15:1-5. Upon ending the reading, she said: “If you hear the Word only but do not act on it, you are merely an assenter.” She explained that real believers internalise God’s Word to such an extent that they manifest Christlikeness always. She also stated that acting upon the Word gives God the opportunity to act in the believer’s life.

Pastor Evelyn Joshua added, “It is the doer of the Word who lives it, practises it, works by it and builds it into his life that receives from God.” On that note, she read from Ephesians 3:20-21 and asked congregants to declare: “I am a doer of the Word. God is with me in the Living Word.”

An Outpouring Of God’s Spirit On The People

The incredible healing and deliverance power of God soon saturated the atmosphere in The SCOAN Auditorium as Pastor Evelyn Joshua and the evangelists combined forces in the mighty name of Jesus Christ to battle every demonic presence in the people’s lives.

Among the cases of the day were difficulty in walking, rectum cancer, mental disorder, multiple fibroids, diabetes, sickle cell anaemia, difficulty in breathing, stroke, barrenness and swollen legs. There were also cases of evil spirit possession and family curse – all of which mountains were levelled by the power in the appointed name of Jesus Christ!

More cases turned up for God’s attention, among them being cataracts, swollen belly, anus cancer and skin disease as well as the afflictions of drunkenness, persistent miscarriage and addiction to eating soil. Indeed, the Holy Spirit beat every stubborn demon to submission!

In the Overflow Section of the church, the evangelists also ministered prayers of healing, deliverance and breakthrough to congregants. Just as well, the children and nursing mothers were not left out from the anointing that is freely available at The Arena Of Liberty.

To cap up the deliverance session, Pastor Evelyn tells all to pray: “Spirit of the living God – fall afresh on me!” She then prayed: “Be healed! Receive your healing! Receive your deliverance! Receive your breakthrough! Receive your freedom – freedom to your, life, business, career, the lives of your children, in the mighty name of Jesus!”

On Sunday, 27 November 2022, Judith was among those who received prayer at The SCOAN as Pastor Evelyn Joshua ministered in the mighty name of Jesus Christ. Judith had come with the problem of difficulty in walking due to chronic leg pain. Despite treating herself with herbal therapy for weeks, she had felt no relief. During a particularly frustrating incident when the ankle had given up on her, she had called on the God of Prophet TB Joshua. Minutes later, she saw an image of Prophet TB Joshua advising her to visit The SCOAN for prayer. Not long afterwards, an image of Pastor Evelyn Joshua appeared before Judith to minister prayer. On getting this intimation, Judith decided to make her way to The SCOAN. Immediately after prayer, Judith began to walk freely, even running! During her testimony, she demonstrated the things she had been unable to do for a while now. Citing Bible verses, she advised people to keep their trust in God.

Rescued From The Dark Powers Of His Father’s House

“I stopped everything good about him – I made him useless!” declared the demon in Zechariah during the deliverance session of the service of Sunday, 27 November 2022. Being from a royal family, Zechariah had been getting pressures in the spiritual realm to participate in certain fetish practices of his father’s household. At times, masquerades would appear to him, pursuing him with dangerous weapons. At other times, an evil bird would appear to him, threatening to take his life. Many times, he would dream of dying in accidents. However, God kept saving him from the actual accidents. Told about The SCOAN, Zechariah initially hesitated. To the glory of God, however, Zechariah has now witnessed the raw power of God following his deliverance. “My life has transformed in many ways since then,” he testified. “Every problem in life has an expiry date – believe in the God of Prophet TB Joshua and He will deliver you,” he advised the world.

Faustina from Ghana testified about her healing from relentless pain in the leg. She had suffered an injury while competing in sports. Despite long periods of treatment by medical doctors, she had not felt better – because the origin of the injury was actually spiritual. However, the story changed on November 27, 2022, when Faustina received prayer at The SCOAN, after which Pastor Evelyn Joshua helped her to remove her lumbar corset. Now she no longer needs any aid to walk or run. “There is nothing God cannot do – take your problems to him,” she advised the church. Faustina’s sister confirmed the testimony, telling of how God had provided the money for their trip to The SCOAN. She told of how she herself was delivered from the affliction of a spirit husband. “Now I am fine – no more nightmares and I am healed and delivered,” she told the world. She urged people to believe in God and be focused on Him.

On October 16, 2022, Abisoye received prayer in The Arena Of Liberty over the problem of cervical cancer, which had come with disturbing symptoms such as internal heat, sleeplessness and coloured urine. She had got the disturbing verdict from doctors only four days earlier. After several sessions of treatment, Abisoye was told that she might eventually have to undergo chemotherapy if her symptoms persisted. Unwilling to undergo chemotherapy, Abisoye had run to God for help. Following an anointed touch by one of the evangelists, Abisoye’s cancer dried up. On November 23, 2022, when she returned to the hospital for a check-up, Abisoye got a clean bill of health. To the glory of God, the doctors and nurses had been unable to recognise her as her health had improved dramatically. “Now I eat well and do everything I am supposed to do,” she told the world while displaying her medical records. She advised people to take their challenges to God.