THE SCOAN OUTREACH SERVICE IN SOUTH AFRICA: A NEW DAWN FOR ALL! - The Synagogue, Church Of All Nations - SCOAN - Prophet T.B. Joshua (General Overseer) Skip to content 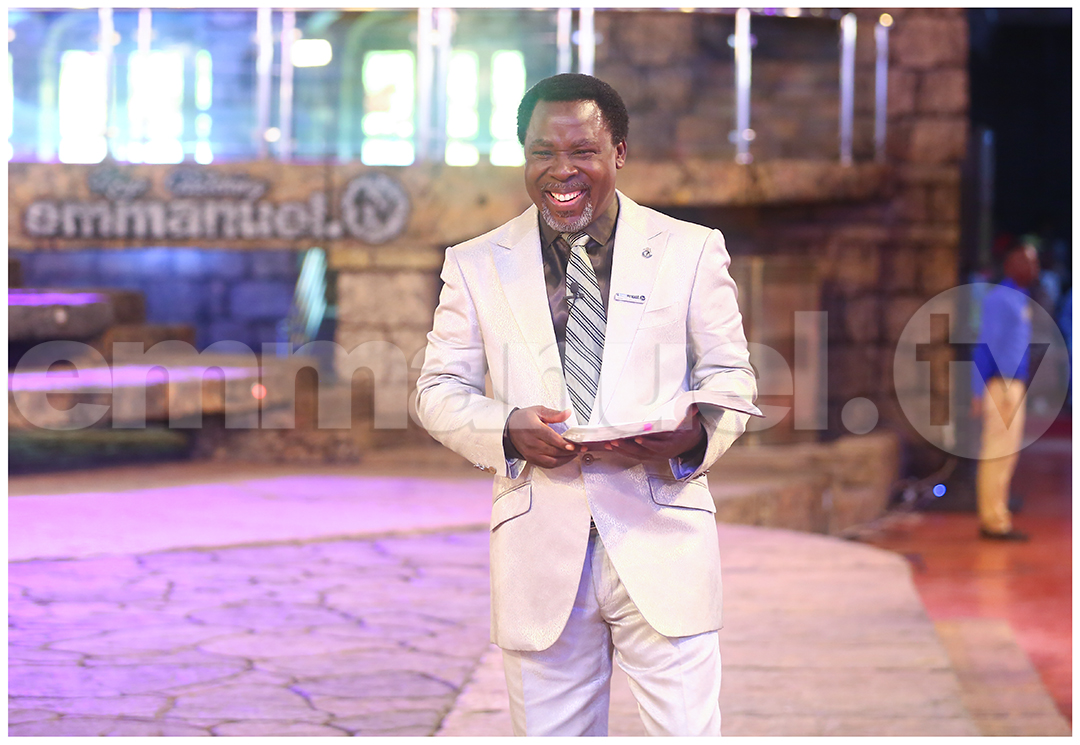 For thousands of Emmanuel TV Partners and other seekers of God in southern Africa, the memories of Friday, August 26, 2022 will continue to linger in their hearts and minds as it marked a watershed in their journey of faith with Jesus Christ. Sent all the way from The SCOAN Headquarters in Lagos, Nigeria by Pastor Evelyn Joshua – the leader of The SCOAN – The Emmanuel TV Team had landed in the beautiful city of Johannesburg earlier in the week.

Led by evangelists Chisom and Ope, the team was on hand to minister prayers of healing, deliverance and breakthrough to the people of God at the Gallagher Convention Centre, Midrand, Johannesburg. To the glory of God, The SCOAN Outreach Service In South Africa was indeed a huge success as the Holy Spirit took control of proceedings.

From all over southern Africa, followers of The TB Joshua Ministries, The SCOAN and Emmanuel TV had begun to throng the venue from as early as 3am South African time, although the event proper would not be starting until 1pm. Clearly, it was proof of their love for God and His servant Prophet TB Joshua, as well as their eagerness to be partakers of the rich blessings that God Almighty always has in store for those who rely wholly on Him.

For the huge crowd, the chilly morning meant nothing and the warm afternoon counted for zilch. Indeed, they were determined to receive from Jesus Christ at all costs! Such was the level of attendance that the 6,000 capacity hall was filled to the brim, even as another capacity crowd had to make do with the overflow section.

Following the opening prayer by Pastor Rodney from South Africa, his fellow countryman gospel musician, Rofhiwa, started the worship session with soul-lifting, faith-building songs composed by Prophet TB Joshua. By the time he was done, the warmth of the Holy Spirit had overshadowed the hall and the people were ready to be impacted by the Word.

Evangelist Ope then gave a short but mightily powerful message entitled “The Life Of Faith”, drawing his proof text from Galatians 3:26. Essentially, he described faith in divine superlative terms as he urged congregants to always live and act faith, which is the only thing that can help Christians to operate in God’s dimension. Among other Bible passages that he cited were 2 Corinthians 5:7, Romans 14:23 and Mark 5:25.

The more Evangelist Ope spoke, the more the people responded to the fire of the Holy Ghost that was already burning right through the hall and causing many to fall under the anointing. In a resounding voice, he declared: “When you approach a situation by faith, there is no limit to what you can achieve. Faith does not beg; it takes! Faith takes! It does not offend God for you to take all that you need.” And as it was now time for the ministration of prayers, he told the people of God: “Right now begin to take by faith all that you need, in Jesus Christ’s name!”

It was healings and deliverances galore as evangelists Chisom and Ope went through the entire hall to lay anointed hands on everyone.

Many will remember it as the day that they finally accepted Jesus Christ as their Lord and personal Saviour.

Many will remember it as the day of their healing from supposedly incurable sickness.

Many will remember it as the day that they broke their pact with evil spirits causing them setback.

And many will remember it as the beginning of divine turnaround in everything that concerns them.

Gifts Of The Anointing Water And Sticker

The following day, Saturday, August 27, thousands returned to another hall at the Gallagher Convention Centre to receive gifts of the New Anointing Water and Sticker that the woman of God, Pastor Evelyn Joshua, had sent down to the nation of South Africa.

From late morning to dusk, Emmanuel TV Partners and followers of Prophet TB Joshua’s Ministry from all over southern Africa filed into the hall in batches to receive the items, including a T-shirt that had been specially designed for the occasion.

Workers Were Not Left Out!

Volunteer workers from all across South Africa were also not left out from the rain of blessings. As instructed by the woman of God, Pastor Evelyn Joshua, the evangelists laid hands on every worker who had participated in the events of both days. For the 250 workers it was a wonderful experience indeed.

Many felt so relieved and light after receiving a touch that they cried in gratitude to God Almighty! “Siyabonga!” they exclaimed in the Zulu tongue. They also got gifts of the New Anointing Water and Sticker as well as T-shirts branded for The SCOAN Outreach Service In South Africa.

Giving As An Act Of Love For Fellow Humans

In line with God’s instruction, and in continuation of Prophet TB Joshua’s legacy of charitable giving, The Emmanuel TV Team visited a camp for displaced persons on the outskirts of town, on Monday, August 29.

At the camp, which has no electricity supply and other basic amenities, the people were grateful to God Almighty for providing them supplies to nourish their bodies and keep their hopes alive for a better tomorrow, while firing up their faith.

As each person received their package, which came from the Ministry of Prophet TB Joshua and Emmanuel TV Partners all over the world, they said with bright faces and wide smiles, “Thank You, Jesus!”