2022: CROSSING OVER INTO THE YEAR OF COMEBACK TO WORSHIP GOD - The Synagogue, Church Of All Nations - SCOAN - Prophet T.B. Joshua (General Overseer) Skip to content 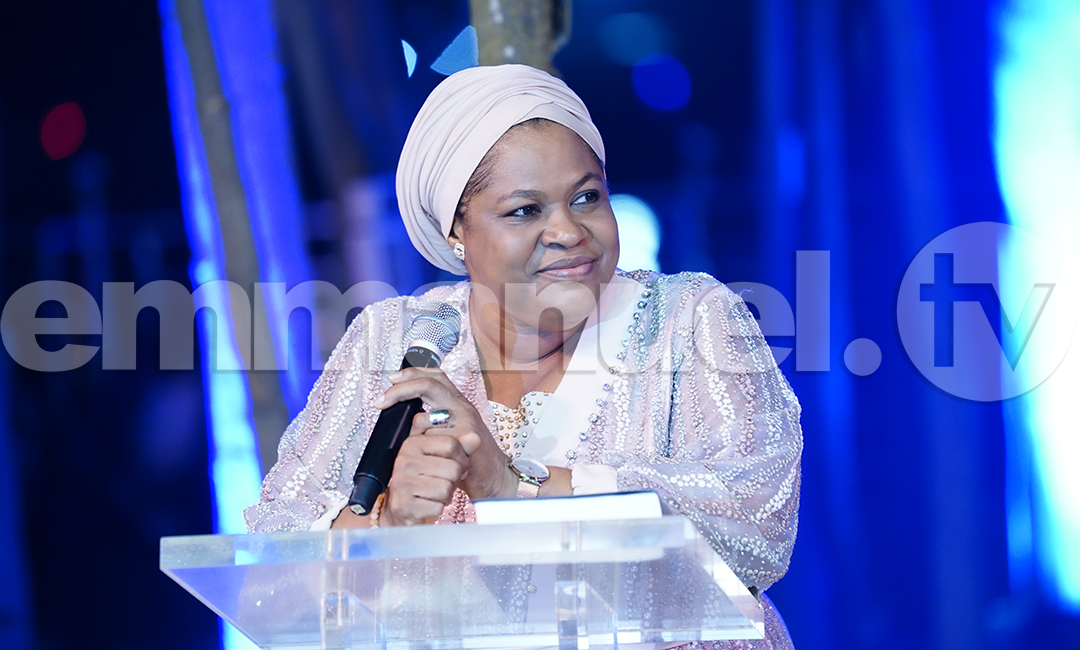 The SCOAN Crossover Service 2021 was a time to worship God in the beauty of His Holiness, for all the awesome things He did for us in the course of the outgoing year. “Hallelujah!/Amen!/Sing Hallelujah!/Amen!” began The Emmanuel TV Choir as they started the thanksgiving session. It was a cool evening indeed at The SCOAN Prayer Mountain, where prayer agrees with nature.

As the choir led congregants in thanking, praising and worshipping God from one song to the next, the idyllic atmosphere of The Prayer Mountain was a delight to behold as it became charged with the presence of the Holy Spirit. “Great And Marvelous Is Your Name/Your Name Is Jesus/You Are Higher Than The Rest,” the choir sang on.

Shortly before the New Year broke, Pastor Evelyn Joshua joined congregants to usher it in. She began by praying: “Stay with us, O Lord, through Your Holy Spirit, in Jesus Christ’s name! Amen. She thanked God for giving everyone the opportunity to participate in the service, noting that it was merely a function of grace rather than power or might.

“Tonight,” she assured congregants, “we will begin to see ourselves the way God sees us.” She then read from Genesis 22:1-2, the passage in which God tests Abraham faith by asking him to offer his son Isaac as a burnt offering. “Walking in the Spirit is a way of life,” the woman of God observed, “but the instruction for such work is completely given in the world of the Spirit.” She noted that Abraham’s understanding of the nature of his relationship with God became clearer the more he submitted to God’s dictates, despite the challenges faced along the way. “It takes total faith for one to be obedient to such an instruction,” she said of God’s demand from Abraham.

Citing Matthew 5—The Beatitudes—Pastor Evelyn Joshua told congregants that the promised blessings of God only go to those with the right attitude. She then declared 2022 as ‘The Year Of Comeback To Worship God In Spirit And In Truth’. She said to come back means to return to a place of significance, to a place that was lost for a period of time. “We will worship God in Spirit and in truth. We will worship Him in sincerity and humility of heart, in reverence of His Word,” she declared.

Having said that, Pastor Evelyn Joshua began the prayer session to usher in the New Year. First, she asked congregants to thank God for being ever faithful, dependable and without compare. “If we had a thousand tongues, they are not enough to thank the Lord,” she noted.

Second, she asked them to thank God for their own lives and those of their families as well for The SCOAN.

Fourth, she told congregants to ask God to give them the grace to avoid the trap of looking back.

She also prayed for Emmanuel TV Partners all over the world: “May the joy and peace of God remain with you. May His kindness and glory be with you. As we usher you into this New Year, every good thing that God has promised you will come to fulfilment in the mighty name of Jesus Christ! You will move from glory to glory, from honour to honour! In the mighty name of Jesus Christ!”

Then she called for prayers for the nations and their leaders, asking God to free them from every form of bondage.

Finally she said the prayer of salvation with congregants: “Lord Jesus Christ, enter my soul and make my heart ready for You. Wash me with Your precious Blood. Save my soul today. Make me a channel of light, pardon, forgiveness, love, peace. Father, thank You for dying in my place. Thank You for the salvation of my soul.”

The Crossover Service 2021 then ended with a session of dance offering led by The Emmanuel TV Choir.