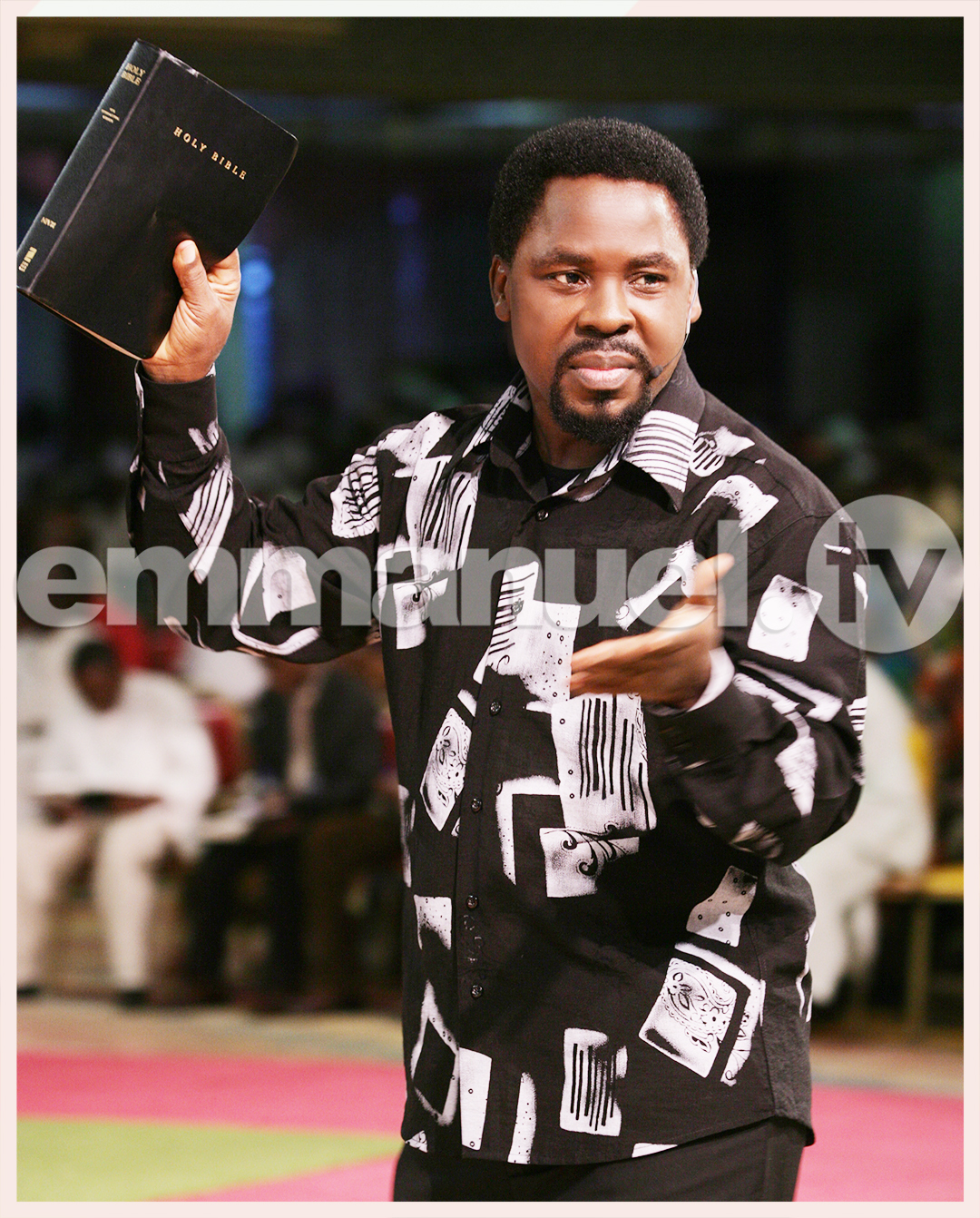 To underscore its importance, Prophet T.B. Joshua proceeded on the second Sunday of June 2008 to give the fourth and final part of the sermon entitled “OUR FOCUS”, this time taking his reading from Exodus 14:10-15. It was yet another day of signs and wonders in the Arena of Liberty as the Spirit of God suffused the atmosphere, leading to healing, deliverance and breakthrough for the salvation of souls.

God’s servant began by noting Moses’ unique way of communicating with the Lord in faith even while his people—the Israelites—were crying, grumbling, murmuring, complaining and rebelling against his leadership because they could see only the visible. “Moses,” the man of God noted, “stood between the visible and the invisible.” As such, Moses was able to move God to act swiftly on his situation as he led the Israelites through the wilderness.  According to God’s servant: “Moses was silent but his faith was not. He was silent but his faith was active.”

The man of God therefore advised believers to express themselves in prayer and faith only under the check and conduct of the Holy Spirit. In his words: “Active faith will make that which is against us to be for us. When you act faith, you walk with the Lord. When you walk with the Lord, what you see cannot dictate your direction. Faith does not ask for possible things.”

It was in such active faith, God’s servant added, that Moses saw beyond the natural obstacle of the Red Sea and urged his people to move on boldly. On that note, he asked congregants to declare: “You obstacle – I will not because of you change my direction, I will not because of you change my position! I know the Lord is still saying something through you! I am a man of faith!” Afterwards, God’s servant reminded the church about how obstacles such as sickness and poverty are sometimes used to prepare the believer for promotion to the next level in faith and the material world. He therefore assured congregants that “the opening of our eyes of faith is the silencing of our fears”, for “in the dark, we are bound to be frightened.”

Further urging congregants to keep their focus on “the power of Heaven”, Prophet T.B. Joshua stated thus: “God speaks strength and courage through our troubles and problems. If you know this, when trouble comes, promotion comes. Your testing qualifies you for promotion; your promotion qualifies you for reward.” He then reads from 1 John 5:4 and Luke 10:19 to reiterate his message on the need to claim one’s place in the believer’s authority, observing thus: “To know God’s presence is to know God’s authority. To know God’s presence is to know God’s power. No God, no power. No God, no authority.”

Faith In Action At The Prayer Line

The wondrous works of Jesus Christ were again on display at the Prayer Line during the Sunday Service of June 8, 2008. Prophet T.B. Joshua told the people that curses are behind stubborn afflictions of the body such as ulcers, asthma, neck stiffness and waist pain, among others. And as he prayed for them in the mighty name of Jesus Christ, hundreds fell under the anointing and vomited the root causes of affliction in their bodies as they received their healing and release for breakthrough.

A Birth On The Prayer Line!

Among those who received a touch from Heaven was a severely stressed woman who had been unable to have her baby despite being due. Once God’s servant began communicating with God on her behalf, however, the baby in her womb started to move and prepare for its entry to the world. Within a few minutes, the woman’s water broke and, right there before visitors from all over the world, she gave forth healthy new life! Her miraculous delivery was yet another proof of God’s unfailing power. Glory be to Jesus Christ!

In the Mass Prayer session, Prophet T.B. Joshua asked congregants to pray thus: “Open the eyes of my faith that I may see His protecting hand, that I may know God’s will concerning my situation. Open my heart to Your Word. Open my heart to Your Spirit.” Thereafter he told the church: “God’s government and His authority are incontestable. His power and majesty are enough to support His authority. When Jesus says yes, nobody can say no. He has promised He will not fail. He has promised you that every mountain shall be levelled. He has promised you that every hill will become plain.”

Prophecies For Freedom And Breakthrough

The Holy Spirit revealed through Prophet T.B. Joshua that Remygius’ financial problems were caused by his poor treatment of his wife. He was also told that his heart problem began when his beer was poisoned by a woman who was scheming to marry him. However, God’s servant also prophesied restoration to Remygius after telling him that his mother was prayerful. The Nigerian based in Cotonou (Benin Republic) confirmed sending his wife packing after being told she was possessed. “I will give my life to Christ,” he promised.

Natishe from Canada was told to forgive the man who had hurt her in love so that she could move on in life. “You should learn how to forgive and forget the past,” God’s servant told her. After confirming the prophecy, Natishe promised to serve God with all her heart.

Julius from Lagos got a word of prophecy about his involvement with three different women who had contributed significantly to his life. While confirming the prophecy, Julius said he was grateful to God that the issue bothering him was mentioned. He promised to serve God forever.

A Prayer For The Salvation Of Souls