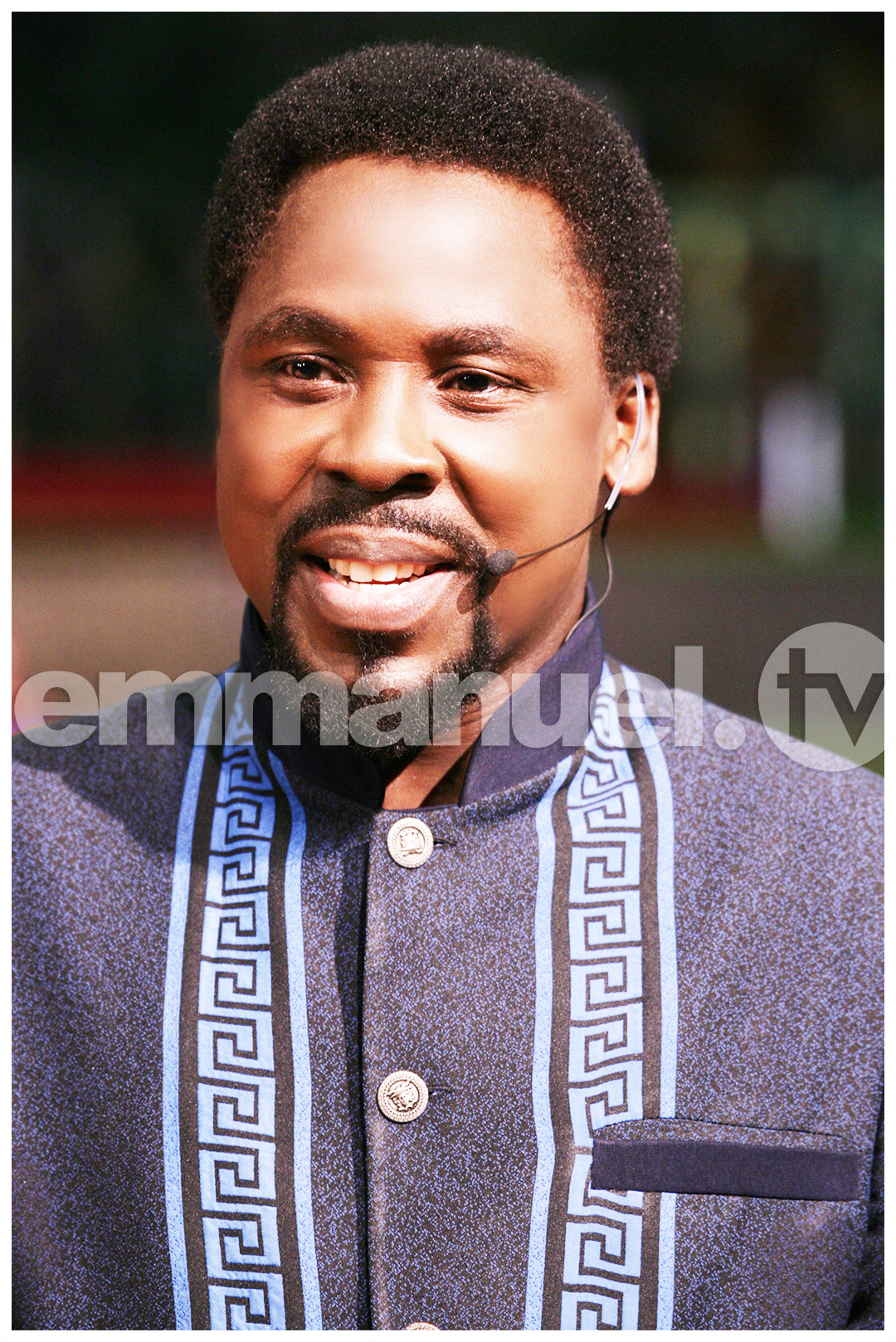 On Sunday, May 25, 2008, when he joined the congregation to continue his sermon of the previous week, “OUR FOCUS”, Prophet T.B. Joshua started with the following words of exhortation: “You determine your own focus. You can complain, you can blame others but you are responsible for what you pay attention to. Whatever you are feeling is produced by your focus.”

Besides the proof text of 1 Corinthians 10:13, God’s servant also referred congregants to Philippians 4:7-8.To underscore the relevance of these references he told the church, “Your focus is your personal decision. Stop and take time to change your focus. Pay any price to protect your focus.” In explaining the core of the message, the man of God noted the need for Christians to realise that their “journey to the throne is not a bed of roses” and that, consequently, they should expect the troubles of this world at any time, while rejoicing in the knowledge that God Almighty will see them through. “There must be troubles,” he said, but “they are not unto death to the man of faith, the one whose focus is on God,” he added.

On the persecution, intimidation, blackmail, campaign of calumny and slanderous remarks that line the thorny way to the throne, the man of God said those things are often God’s way of advancing the Christian’s cause. The overcomer, he added, is the one that keeps the focus on God in both good and bad circumstances. In his words: “Through troubles God speaks strength and courage into our lives. As we struggle to overcome our troubles, we are making history. Remember, each day has its own destiny. Yesterday is history, today is opportunity and tomorrow is mystery.”

On that note, he urged congregants to endure their troubles with a view to leaving a worthy legacy behind and, more importantly, making Heaven. He illustrated the point with Joseph’s painful experience at the hands of his brothers, who sold him into slavery in Potiphar’s house from where he landed in prison before rising to social and political prominence in the land of Egypt. “Each time you encounter obstacles, remember the more difficult and trying situations God has taken you through in the past,” Prophet T.B. Joshua told the church. Once a Christian is able to do this, he added, he or she will realise the power in the weapons of testimony and confession, which are “articles of faith.”

Citing Exodus 14:10 and Daniel 6:10, the man of God advised Christians to emulate Moses and Daniel and stop trying to instruct God on how to deal with their enemies and rescue them from tough situations. In his words: “Today, our prayer is to instruct God in the way He should go without bothering to know whether or not the situation is meant to glorify God.” In the case of Moses, he noted how he was “never seen or heard to be engaged in desperate prayer of casting and binding.” Rather, he was “calm and focused on what God had to say concerning the task at hand.” Similarly, Daniel “did not instruct God in the way He should go; he simply left all to God. Daniel knew that asking God for specific needs would amount to limiting Him to certain answers.”

God’s servant then concluded with the following: “When you succeed, you honour God and advance the cause of your people as well. You cannot afford to fail.”

During the ministration of healing and deliverance, Prophet T.B. Joshua reminded congregants: “We must be under the check and conduct of the Holy Spirit.” As he prayed in the name that is above every other name, Jesus Christ, hundreds received their freedom from demonic forces which had been afflicting their minds and bodies. To the glory of God, the people were healed of poor vision, leg ulcers, body swelling, dislocation leading to difficulty in walking, hernias, and skin disease, among many other physical infirmities. Many were also released for breakthrough after vomiting the evil deposits in their systems, even as others received their deliverance from diverse negative spirits. “Thank You, Jesus!” they all said during their testimonies.

A Divine Delivery For Tina!

Heavily pregnant Tina was among the expectant mothers who received prayers during the service, where God’s raw power flowed through His humble servant, Prophet T.B. Joshua. Tina’s doctor had told her she could only have her baby via surgery as her cervix was too small and the baby was lying across her womb. Brought to the church by her sister-in-law, Tina submitted herself to the power of Jesus Christ, and as the man of God prayed, the baby began to turn visibly in her womb, ready to come out head first. After the prayers at the Prayer Line, Tina was taken to a room, as signs of labour became apparent. Sprawled on her back, Tina mustered all of her energy in trying to push out the baby. At this point Prophet T.B. Joshua made his way to the room and prayed again for her. And within seconds, Tina’s baby popped out hale and hearty, all for the glory of God Almighty!

A Mass Prayer That Left Out No One!

Prophet T.B. Joshua began the prayer session thus: “God has given everyone the measure of faith. With faith, we act with Him. When faith is blind, we cannot see. Satan does not want anyone to live a life of faith, let alone see the other side. Where there is no vision, the people perish. In all situations, ask the Lord to open the eyes of your faith that you may see His protecting hand.”

“Open the eyes of my faith that I may see your protecting hand,” he asked the church to pray.

Prophetic utterances, enabled by the Holy Spirit through Prophet T.B. Joshua, were released during the service and many were rescued from the situations in their lives according to divine will. The prophecy session began with Eli. “Pray against mental disorder,” Prophet T.B. Joshua told the young man after holding him by the hand and removing him from his seat. “God wants you to be delivered,” he added, even as he reminded him that he had earlier suffered a mental attack in March, with another one threatening. After his deliverance, Eli confirmed the previous attack and promised to sin no more.

“Something happened the very day of your wedding … like a fight between you and your wife,” said Prophet T.B. Joshua to Anthony from Taraba State. Anthony confirmed the words of prophecy from God’s servant and went on disclose that the quarrel was triggered by a text message to him from a former lover. The man of God then asked that he bring his wife. After telling her side of the story, Florence received a touch of deliverance alongside her husband. When he spoke after his deliverance, Anthony said that his three-year-old marriage had known no peace since the said text was seen on his phone. The couple promised to recommit to their marriage by God’s grace.

“Leave it for God.” Those were the emphatic words from God’s servant for Rosemary concerning her late husband’s will. He also told her that she had been seeing the dead man in the dream. Rosemary confirmed the prophecies and promised to stay with God.

For Dickson there was a prophecy about the spirit of death hovering around him, causing him to sense strange presences. He was told the problem had started when he visited the cemetery. Dickson confirmed the prophecies, saying he had actually accompanied his older brother to the cemetery in their much younger days and that they had taken something out of a grave. He also said he had been accusing his older brother of being behind his problems. He then got a touch of deliverance. Speaking later, Dickson declared his deliverance in Jesus’ name and promised to keep serving God.