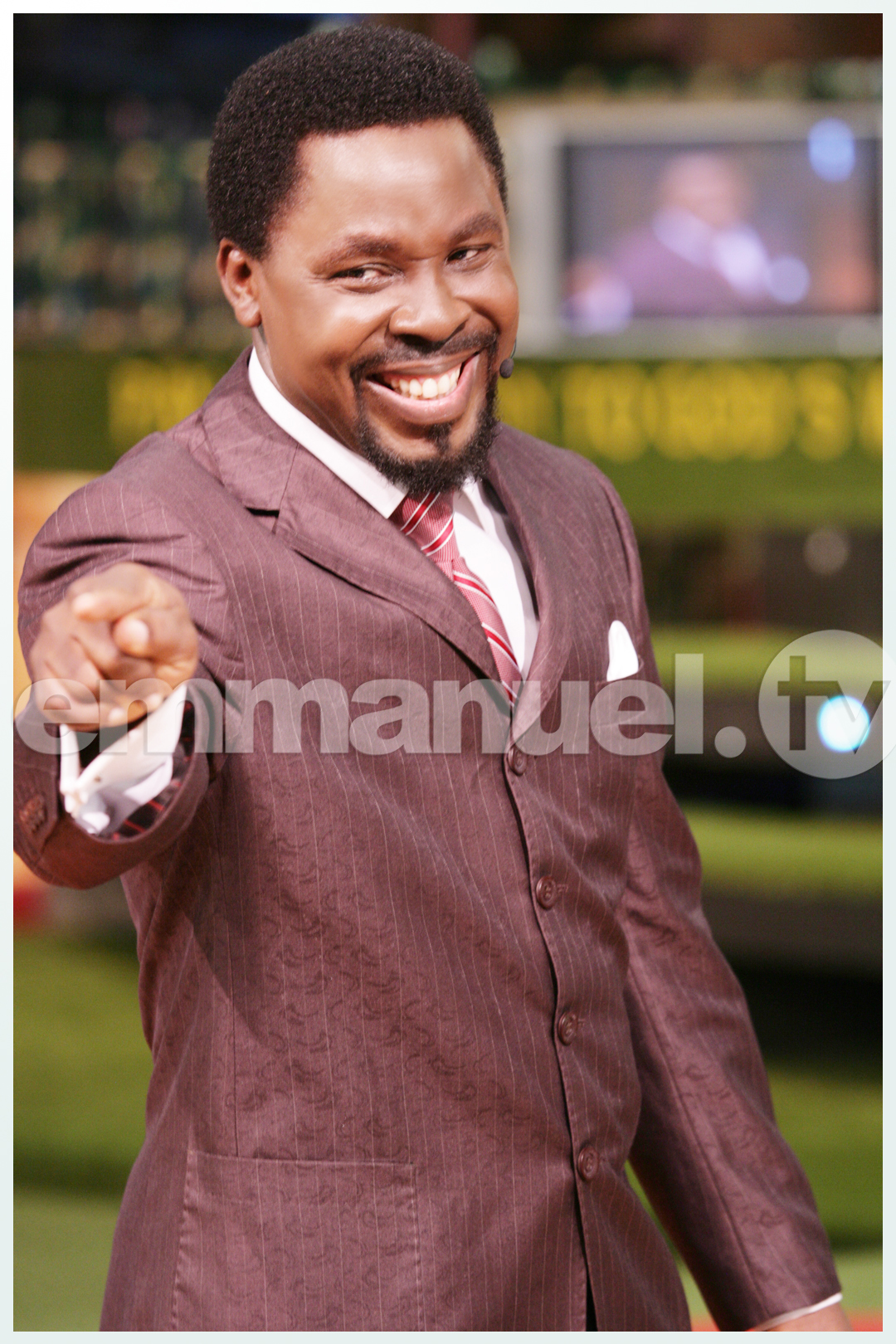 To stress the importance of the place of genuine faith confession in acting upon the promises of God in His Word, Prophet T.B. Joshua, on May 11, 2008, gave a sequel to his sermon of the previous week, “OUR CONFESSION GIVES US POSSESSION”. This time he took his proof text from 1 Samuel 17:44-46, the passage in which David confronts and defeats Goliath after expressing his confidence in God’s power to see him through. Unlike David, the man of God observed, Goliath’s confession was not in harmony with his belief. As such, although he was confessing victory, he actually found himself in the realm of defeat. “This,” Prophet T.B. Joshua explained, “is the case of those who confess with their mouth what they do not believe in their heart.”

He therefore frowned on anything short of a “clear-cut confession”, which avoids every form of doubt or timid anticipation. He noted that true believers declare they have received, even before physically receiving, as “much is promised to our believing.” He said, “When we believe it is done, even before praying, we have absolute faith.” On that note, he referred to Joshua 6:16 and observed thus: “Anyone can shout after the victory is won. Anyone can shout after the miracle happens. It takes faith to shout before the miracle.” For further emphasis the man of God said, “We walk by faith when we recognise our union with Christ in the spirit.”

Those who look away from the physical to the spiritual, Prophet T.B. Joshua told the church, end up winning because they have God on their side. And “if God is on your side,” he asks, “who can be against you?” Citing his own personal experience of God, he said: “You cannot defeat your opponent with weapons you have not tried. I have tried God’s armour; I found Him very reliable, effective, trustworthy, well-grounded, well-founded, incontestable, dependable, genuine, authentic, real!”

Finally, in a bid to boost congregants’ faith level, he advised them thus: “Focus only on what God has to say about your situation. In all situations, ask God to open your eyes of faith to know God’s hand of protection.”

Divine Fire On The Prayer Line

Among the signs that followed were the transformations witnessed by people of all ages and status from across the continents. As the Holy Spirit worked through the faculties of God’s servant, people with all forms of ailment had their bodies restored to God’s original design. Consequently, they parted ways with all sorts of medical aids and drugs with which they had been supporting themselves from stiff neck, stomach swelling, kidney and prostate infirmity, difficulty in walking, ulcers, skin affliction, sleeplessness, chronic headaches and osteoarthritis. After seeing such awesome evidence of God’s power, the people gladly testified about their changed lives and bodies. Glory be to Jesus Christ!

During the Mass Prayer session Prophet T.B. Joshua began by asking congregants to pray thus: “Open my eyes of faith that I may know Your protecting hand, that I may see Your protecting hand!” Afterwards, he reassured them: “The more we see those who are with us, protecting us and fighting for us, the less we fear the troubles of our circumstances.” He also told them: “Satan does not want any believer to walk by faith rather than sight. He does not want us to live a life of faith, let alone see the other side.”

And Prophecy Changed Their Situations!

For many among the congregation there was restoration as well as deliverance and release for breakthrough during the prophecy session, when the Holy Ghost ministered to the situations in their lives through Prophet T.B. Joshua.

Beginning with a woman named Nelly, God’s servant told her to pray against the spirit of death that was lurking around her husband and threatening to take him away as it had already done to some of his relatives. “The prayer we offer here will touch him over there,” Prophet T.B. Joshua assured the concerned wife.

“You are worried; don’t be worried. I will join you in prayer.” Those words were for troubled Karen. She had been feeling sad and lonely about her inability to see her children since being divorced by their father nine years previously. The man of God assured her that her children would soon reunite with her.

Philip was told that the cause of his failing mental health was the witchdoctor’s craft he inherited from his father. He confirmed losing three male children since taking over the powers nine years before, in addition to seeing phantom police officers around his house, feeling constantly ill and generally not making progress in life. He thanked God for giving him relief after the deliverance.

Peter was told that the spirit of darkness was around him. Afterwards, the man of God prayed for him and he received his deliverance. Confirming his former situation, he said he had been engaging in consistent fasting in order to break free from the spiritual wife who had been sleeping with him in the dream. He promised to sin no more.

“Your house is not settled,” the man of God told Ayoola, even as Ayoola was blamed for the breakup with his first wife. After his deliverance, Ayoola promised to desist from sin.

“You went somewhere last April. What happened?” That was how the prophecy for Yunusa began. God’s servant said Yunusa had kept a dubious friend who led him into the hands of swindlers. Yunusa confirmed losing over a million naira to the swindlers even as he thanked God for setting him free.

Celestine got a prophecy on being duped by passport racketeers. He was also advised to stop using the name on the said passport. He confirmed the prophecies, saying he had planned to reach Europe via other African countries.

After delivering Peter in the mighty name of Jesus Christ, the man of God said a woman had been living inside him. Confirming this, Peter said a fetish priestess had tried to make him a prophet by sprinkling chicken and pigeon blood on his head during an initiation rite. He said she had been attacking him for refusing to continue the process. He promised to henceforth serve God.

Esther was delivered from the spirit that had been troubling her life since she went to a place where they gave her something with which to wash her private part so she could find a husband. She said she had been childless since getting married four years back. She promised to stay with God henceforth.

Charles was advised to reject any effort to make him a chief, as it would lead to his death. He confirmed being twice invited to receive a title in his village but that he rejected it owing to his pastoral calling.

Gabriel received prophecies on the lack of affection between him and his wife and the appearance of babies in his dreams. Confirming the prophecies, he said he and his wife had not been familiar with each other when they married. He also said they were yet to have a child but that he had been making love to a woman in the dream. After the prophecy, he promised to serve God all his life.

Paulina received a prophecy on being shot in the dream, after which God’s servant told her to stop crossing the highway so that she would not experience an accident. After receiving the prayer of deliverance, she said she would hand over her case to God.

Joy received a prophecy on an important decision she was about to take; the man of God also reminded her about her previous situation in life. She confirmed not being quick at taking decisions, even as she said that God had lifted her from grass to grace. She promised to serve God more.