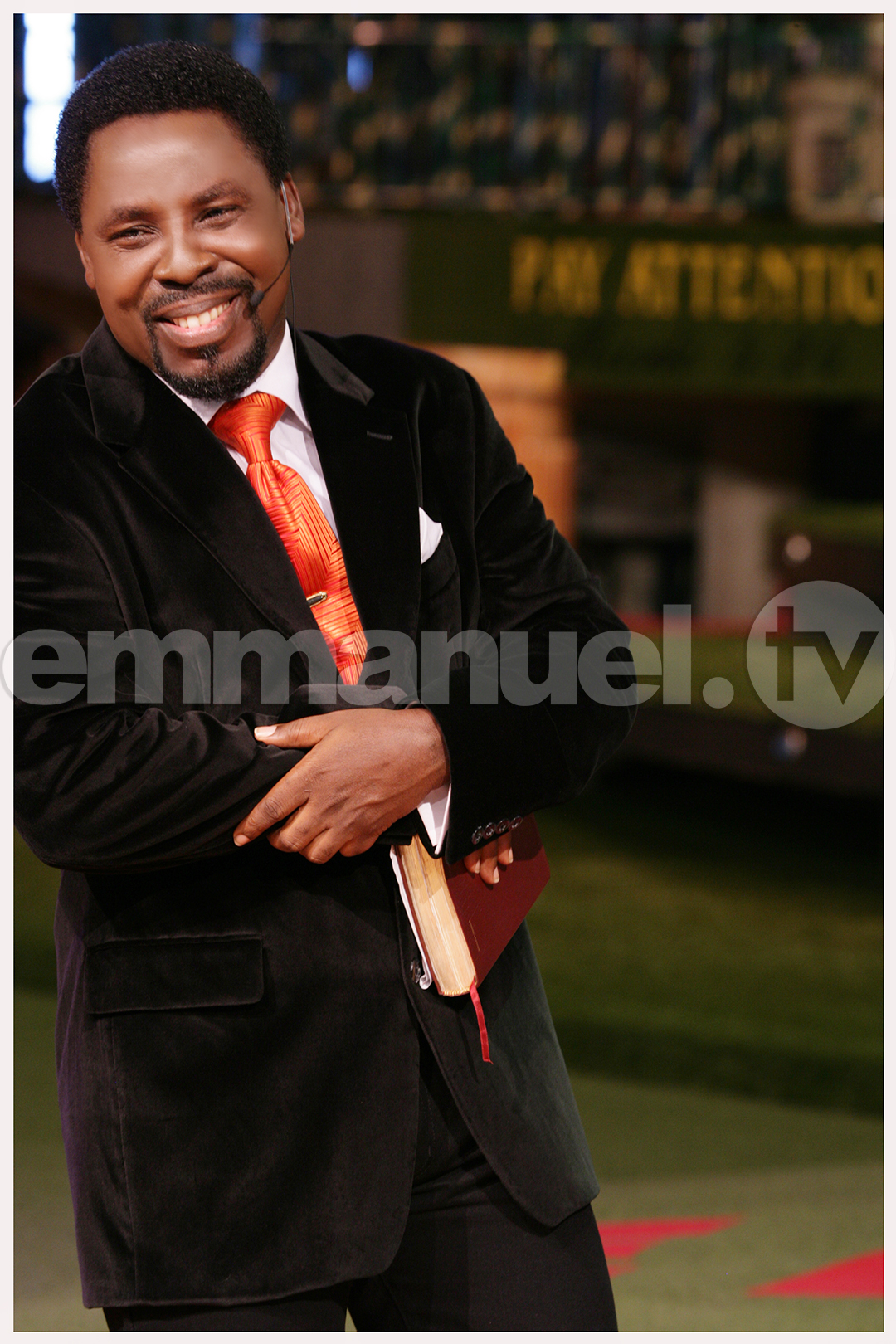 In his introduction, God’s servant referred to the case of the man who had been born blind in John 9 to illustrate how the things made possible by faith cannot be explained or understood by reason. “Faith,” he said, “does not ask for possible things; faith is demanding the impossible.” He went on to state that the daily conversation of a Christian is “the great confession”. In his words: “We confess Christ before the world. We confess the fullness of His grace. We confess the integrity of the revelation.”

Having made those points, Prophet T.B. Joshua asked congregants to declare thus after praying with them: “Right now, begin to confess whom you are: ‘I’m saved; Jesus is my Saviour! I’m healed; Jesus is my Healer! I’m redeemed; Jesus is my Redeemer! I’m justified! I’m no longer condemned! I’m linked up with God! Defeat and failure are things of the past!’” To this, he added, “Never for a moment acknowledge that God’s ability cannot put you over.” He then proceeded to remind them of the need to constantly believe that God is greater than their needs, even as he urged them to assert: “I can never be conquered! I cannot be conquered because I am a new creation!”

For his proof text, Prophet T.B. Joshua read from Galatians 3:26. On the implication of that Bible passage, the man of God said that faith, which is the product of “the recreated spirit”, plays a crucial role in the Christian’s walk with God. He noted that “the nature of God” received at the point of salvation grows only to the extent that one acts on God’s words. “Faith,” he said, “is simply the Word prevailing over the sense evidence.” The consequences of failing to speak words of faith were evident when he remarked, “When your words are not according to God’s truth, God’s words, your words will remain idle, meaningless or oftentimes destructive.” He then asked congregants, “Can you see such a dangerous thing—shouting the name ‘Jesus’ without faith?”

Prophet T.B. Joshua also reminded congregants that operating only “in the natural” is an indication of lack of spiritual insight and power. He therefore urged them not to walk by the senses, as “sense knowledge” confesses only what it can see, hear, feel or touch.” True believers, he added, persist in confessing positivity regardless of their situation. According to him, “As a Christian, you must keep the profession of your faith, that is, when the goings are good, ‘Jesus is the Lord; when the goings are tough, Jesus is the Lord’.”

Other Bible references for the message came from Matthew 16:13, 2 Corinthians 4:13 and Hebrews 6:12. Commenting on Matthew 16:13, the man of God said: “First, Peter was spiritual. The next minute, he was acknowledging his natural feelings.” On that note, he said that Christians should realise they would be no match for satan if they stay in the natural. He added: “The more we get into the natural, the more satan rises up and becomes bigger. On the contrary, the more we get into faith, the more satan diminishes.”

In the light of such understanding, Prophet T.B. Joshua said life has a spiritual side and a natural side—and the spiritual side is what God demands Christians to reflect. In his words, “The Bible says, ‘God is Spirit, and His worshippers must worship Him in Spirit and in truth’.” He therefore declared emphatically: “It means you must see the other side! Faith is not a magic button you press to obtain what you need from God instantly.” He told congregants: “We know what you are. If you are silent, we cannot place you,” as faith never goes beyond our confession.

Regarding 2 Corinthians 4:13, Prophet T.B. Joshua said that Christians should exercise the measure of faith that God has given them by believing in their heart and confessing with their mouth. With regard to Hebrews 6:12, he reiterated that “Faith is not a magic button you press to obtain what you need from God.” He then concluded with these words: “It means patience is coupled with faith inheriting the promises of the Father for your life. Trial may test you, affliction may test you; it cannot destroy you. Keep your solid front! You with God are the majority; you cannot be moved. Are you solid? Keep your solid front! You and God are lifting the load together!”

A Mass Prayer of Affirmation

He then told congregants to affirm thus: “I am linked up with God! I’m justified! I’m no longer condemned! Defeat and failure are things of the past! I’m healed; Jesus is my Healer! I’m delivered; Jesus is my Deliverer! I’m saved; Jesus is my Saviour! In Jesus’ name! Faith joyfully confesses its victory! Its joy is a celebration!”

On the solution to a lack of faith, Prophet T.B. Joshua said, “Your heart must be rooted and grounded in the Word and in love.” Finally, he prayed and asserted thus over the lives of congregants: “It shall be permanent! Trial may test you, affliction may test you, poverty may test you, failure may test you, setback may test you; you cannot be destroyed! Keep your solid front! You cannot be conquered!”

Prophecies for Healing, Deliverance and Redemption

The Holy Spirit shone a light that banished darkness during the prophecy session, with prophecies being given on the situations in the lives of Diana and Pako from Botswana, and Kingsley from Nigeria.

The Spirit of God revealed the special place that the month of February holds in Diana’s life. God’s Spirit, through Prophet T.B. Joshua, also mentioned her loss of a loved one, the advice an elderly person gave her on the need to be prayerful and her illness. Diana said she did lose a dear friend and fellow pastor’s wife to cancer, saying that she herself had a hernia following surgery. “What doctors say about your health is nothing; God has taken control,” Prophet T.B. Joshua assured Diana, who thanked God for enabling Prophet T.B. Joshua “to speak the Word of the Lord in truth.”

Pako received a prophecy on her failed marriages and those of her family members, as well as on her little boy who had been asking for his father. She was also told, “God will you give you someone,” even as the man of God mentioned her workplace. Pako said she had separated from the father of her first child, a 12-year-old, just as she had also parted ways with the father of her two other children. She also said she was having problems at work. She then asked for the grace to sin no more. “I’m going to go back a different person,” she promised.

For Kingsley there was a prophecy on his friend who had been killed as a witch doctor shot at him to test the efficacy of a bulletproof charm. Kingsley confirmed the prophecy. On the instruction of God’s servant, Kingsley stayed back in the church for over a month—and God gave him a testimony. It had turned out that all other members of Kingsley’s armed robbery gang had been killed during a bank operation to which he had been invited while in church. Having declined the invitation, Kingsley thanked God for using Prophet T.B. Joshua to redeem him. “I promise to go and sin no more,” he said, even as he advised the youth to shun “the things of the world” and to focus on God.

The mighty name of Jesus Christ did wonders in the lives of hundreds of congregants, who received deliverance and healings from body swelling, dislocation, fractures, whitlow, skin disease, poor vision and neck stiffness, etc. They all testified about the life-transforming power of God, among whom were Ebere from Nigeria, Comfort from Cameroon, Pascal from Congo and Goretetse from Botswana. Glory be to Jesus Christ!