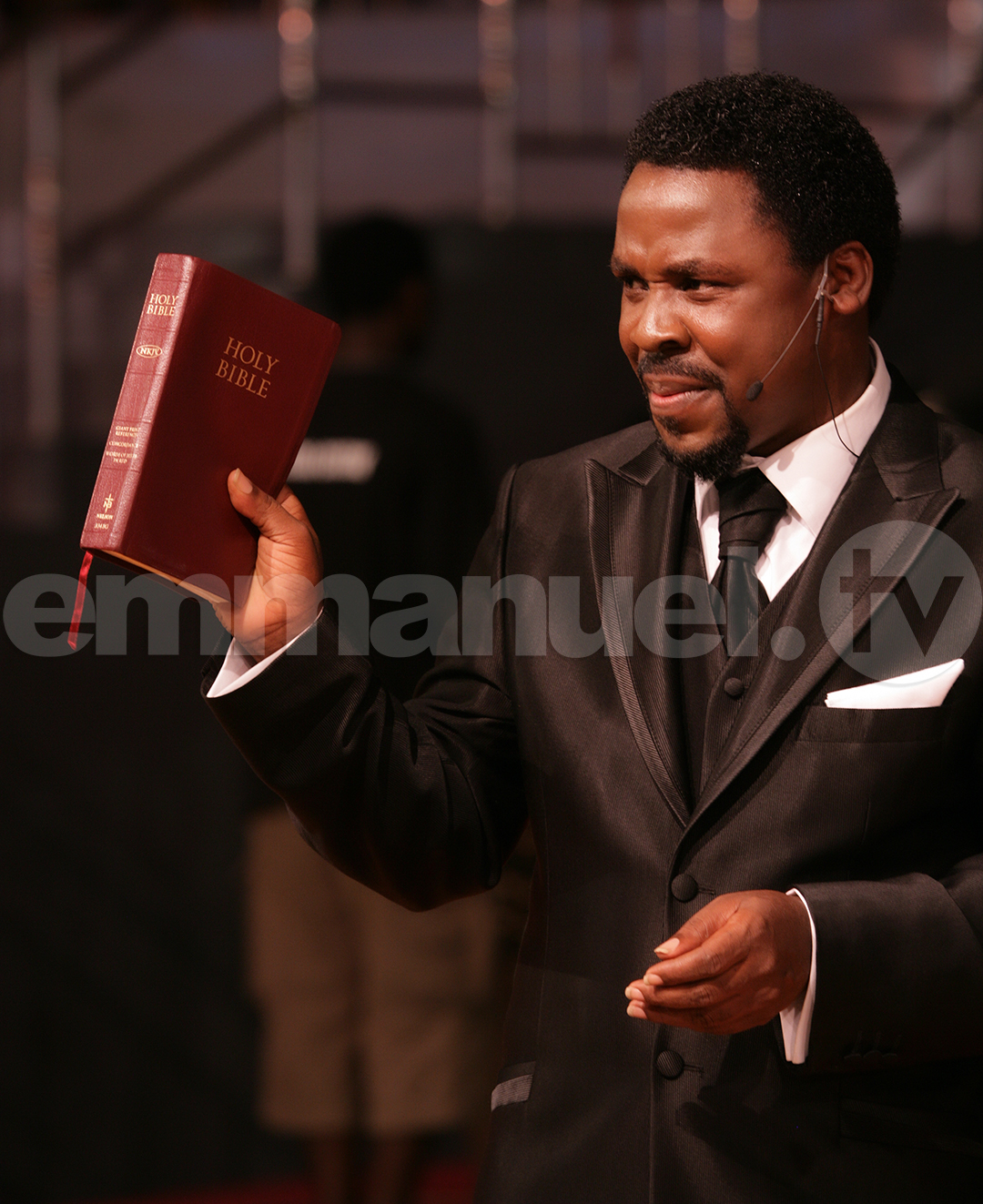 On Sunday, March 23, 2008, Prophet T.B. Joshua concluded the message he had begun the previous week: “TIME AND SEASON”. He began by echoing the Bible reading from the first part of the message, Ecclesiastes 3:11, when he reiterated that everything is beautiful in its time and stressed the fact that life is too short to waste time on things that have no lasting value or significance.

The man of God then took the first reading from Luke 5:3-4, highlighting the significance of Jesus’ encounter with Peter, who had been toiling all night without seeing any meaningful results. Continuing with the theme of time and season, Prophet T.B. Joshua explained that it was not by mere chance that Jesus chose Peter’s boat at the seaside; rather, it was “by providential arrangement.” He went on to state: “When God is executing His plan in our lives, He also designs and arranges events which continue to unfold until His purpose is revealed, until His will is done.” It was therefore necessary, God’s servant explained, for Peter to have tasted disappointment, setback, poverty and want if he were to become a source of blessing to his people. The man of God observed that if we are able to see beyond our present situation, we would then be able to know God’s say on the matter. He subsequently called on Christians to “think well” in order to not only realise that behind their situation lies God’s purpose, but to also consider whether their present situation might in fact be part of the events that will reveal God’s purpose in their lives.

Other Scripture references for the message came from Luke 22:32, John 14:27 and Luke 5:8. With these passages, the man of God further assured congregants of God’s willingness to overlook the mistakes of their past and accept them into the superior order of Jesus Christ, which offers peace, healing, deliverance and freedom not as the world gives. On this, he said: “All men make mistakes but the people of God get back up. Certainly, we will fall but with Jesus supporting our position, we will soon get back up.” However, Prophet T.B. Joshua also noted the importance of acknowledging our sinfulness and not expecting Jesus Christ to entertain our petitions and complaints with sentimentality. In his words: “We fail to know that Jesus knows who we were, who we are and who we shall be. In other words, Jesus knows your past, your present and your future. We are no longer conscious of our sin. That is why we can come to Him with our petition and complaints without any regard for His purity.”

“Today is your day of healing,” Prophet T.B. Joshua assured congregants after the opening prayer at the Prayer Line. As he laid his anointed hands on each individual in the mighty name of Jesus Christ, the Spirit of God eliminated every problem in the lives of the people. Instant testimonies also followed as the people demonstrated their healing, to the glory of God.

Prayer For Congregants And Viewers

Prophecies In The Mighty Name of Jesus Christ!

During the prophecy ministration, many received words of prophecy that exposed the root cause of the problems in their lives, as well as the solutions to them. Maureen from Tanzania was told about the presence of a python spirit in her life—the result of her parents’ request for a child from an idol. The man of God told her that the python spirit was responsible for her lack of affection for men. Forty-year-old Maureen confirmed the prophecy, disclosing that the snake used to appear to her whenever she was trying to achieve something good. She glorified God Almighty for her deliverance.

“Are you ready to receive God?” That was the question Prophet T.B. Joshua asked 62-year-old Samson from Nigeria when he prophesied to him about a coffin into which evil people were waiting to deposit his physical body after having dismembered his flesh in the spirit world. Samson confirmed that he had indeed been having visions of a coffin around him and that he had not been himself for a while. “I see my health deteriorating every time,” he disclosed. Samson also said that he had once engaged in battle with a man who used to emit vapour at him through his palms, although the man was invisible to other people. “It was a big fight,” he said, adding that he was now a happy man following the prophecy leading to his deliverance.

There was also a prophecy for Helen from Nigeria regarding her overseas-based former fiancé, who had broken up with her after finding her in the company of another man. Prophet T.B. Joshua told her that the man would accept her back if she apologised to him and promised to turn a new leaf. “Help me, sir. I made a mistake,” Helen pleaded, saying she had acted out of ignorance. “That man – you will receive a letter from him,” Prophet T.B. Joshua assured her.

On his part, 62-year-old Wellington from Zambia was told: “You talk with snakes.” He was also told there was a woman in his family who was engaged in witchcraft. Wellington confirmed the prophecy and thanked God for freeing him from the snake spirit.