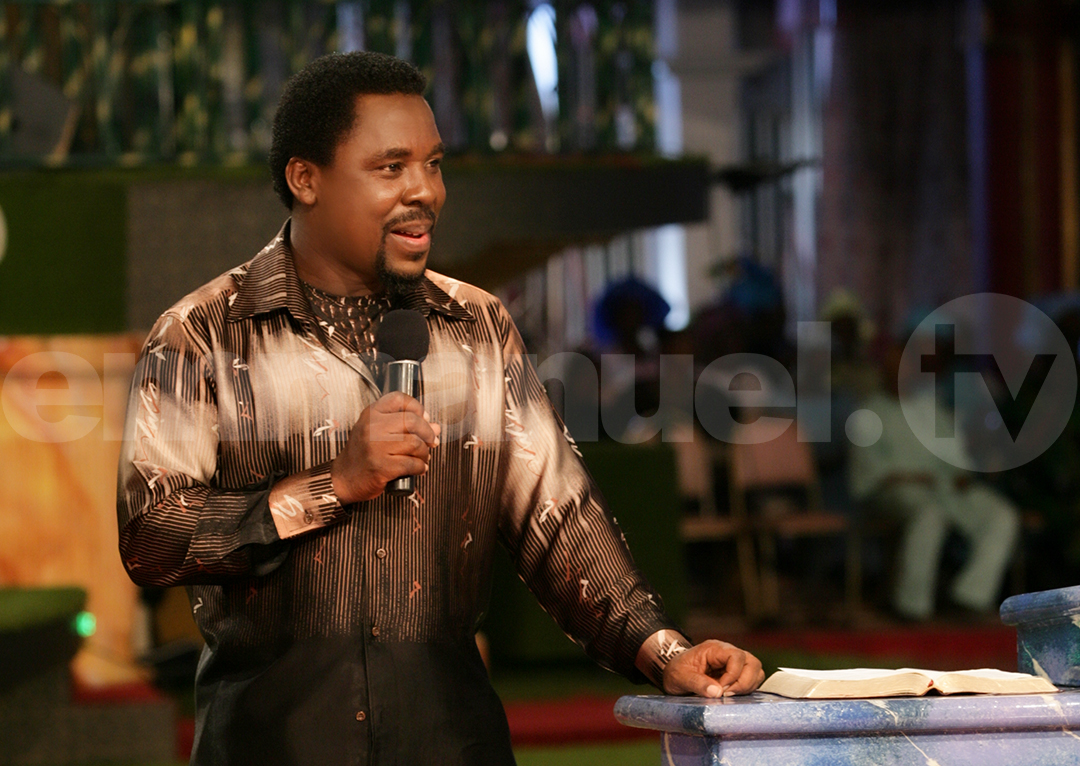 March 2, 2008 was indeed a phenomenal day for Sunday congregants at The SCOAN as the Spirit of God performed wonders in their lives, delivering an abundance of healing, deliverance and blessings to them. From the sermon and charity session to the prophecy and deliverance sessions, Prophet T.B. Joshua was mightily used as a vessel in God’s vineyard.

The man of God began the service with the message “WHAT GOD REQUIRES”, noting that “What God values in man is beyond human discernment.” He took his first reading from Colossians 3:10 and told congregants that “In our heart we are made to be like Jesus” and that “When minds agree in a relationship, what is seen, what circumstances look like, what people say or what people do concerning the relationship cannot affect it.”

Referring to 1 Samuel 15:22, Prophet T.B. Joshua stated that what God requires of us does not consist in the fat of rams, burnt offerings, costly sacrifice, praying and fasting or waving of hands in worship without a thorough reformation of heart and life. He then noted that what Jesus requires is planted in our heart.

Citing the Psalm 51:17, the man of God enlightened all about what is required of us: A broken and a contrite heart – that is, a repentant and penitent spirit. This means to be very sorry for wrongdoing. He then distinguished between ‘foolish’ and ‘good’ people, explaining thus: “Foolish people don’t care if they sin; good people want to be forgiven. Each time good people commit sin, they are troubled in their mind, troubled because it is not their will to sin.” The man of God thereafter asked congregants to read up Psalm 40:12, Psalm 38:4, Romans 7:15 and Proverbs 14:9 for more understanding of the sermon and also restated the need to seek God humbly and sincerely.

Continuing with his message, Prophet T.B. Joshua said, “Man may do much by outward restraints but only God can help them to stop sinning. “Sin,” he said, “is a spiritual thing. No one can say no to sin or yes to righteousness unless God is involved.” The man of God then noted that we are all weak. He added: “It is not a matter of joining strength – combining our own strength with God’s strength. It is a matter of exchanging our strength with God’s strength – forget about yours.”

Tears Of Joy From A Grateful Heart

A scan had shown that Bolanle, a mother of two, was expecting quadruplets. When her struggling husband heard the news, he panicked and ran away, lying to his wife: “I need to go on a short trip – I will be back in three days’ time.” About two years later he was yet to return home. In the meantime, Bolanle had been going through hell, as her husband had left her with only a thousand naira. No food for her and the children – and no schooling for them either. Plus, no money to care for her pregnancy. In the end, doctors said she would need a Caesarian Section. She ended up begging for charity, which eventually came from the king hosting the clinic where she had gone for her delivery. And she had had to sign the surgery authorisation forms herself. No longer able to cope with the misery, Bolanle, now mother of six, decided to sell off her children. However, someone advised her to visit The SCOAN and ask to see Prophet T.B. Joshua. Bolanle did and favour found her, for the glory of God, as she was given the sum of three hundred thousand naira, together with four bags of rice and a copy of the Holy Bible. God’s servant also promised: “I will make sure these children go to school.” Overwhelmed by this gesture, Bolanle burst into tears of joy, promising the Lord to train her children in the right way.

At the Prayer Line, Prophet T.B. Joshua reminded the church: “Beyond miracles is salvation.” To the glory of God, there was an endless flow of healing for various issues in the people’s lives, such as difficulty in walking, pregnancy complications, poor vision, rheumatoid arthritis, mental disorder, cancer, loss of voice, speech impairment, ulcer, asthma, varicose veins, fatigue, etc. Those under demonic affliction also received their freedom from depression and various forms of addiction. Praise be to Jesus Christ!

The Spirit of God Knows All Things!

Many of the congregants received prophecies on the causes of issues in their lives. Patricia from South Africa got a prophecy regarding the contrary spirit in her life. The prophecy revealed that this had resulted in her having negative thoughts which had caused her to intimidate her husband. She and her husband confirmed the prophecy, after which they received deliverance prayers in Jesus’ mighty name.

A South African rugby player got a prophecy on his career problems. The prophecy revealed that his career problems were as a result of the way he went about his relations with women. The man thanked God for locating him via prophecy, while promising to move closer to God.

There was also a prophecy for a woman about an eagle that had perched on her head in the dream and later manifested in real life. After the woman came out to confirm the prophecy, Prophet T.B. Joshua explained that she had been afflicted with the spirit of witchcraft so that she could destroy her own children. The man of God then prayed for her in the mighty name of Jesus Christ and she was delivered.

“There is a sister among the newcomers – your friend’s husband is now your own husband.” That word of prophecy was for Regina, a Ghanaian woman, whom Prophet T.B. Joshua advised to avoid remaining on the path of destruction. “I just want to advise you – you should restore the marriage and leave the marriage. You friend still wants to come back to the house. She still loves the husband.” Confirming the prophecy, Regina said she had moved in with her friend’s husband after her friend left the home due to a fight between her and her husband. In humility, Regina asked for God’s mercy.

Prayer For The Viewers

Prophet T.B. Joshua also prayed for the viewers: “Those of you who are under the influence of this programme – today is your day of healing! Begin to receive your healing! Anywhere you are – are you on the sickbed? I say to you, ‘Rise and walk!’ Wherever you are – never a sickness Jesus cannot heal, never a disease Jesus cannot cure, never a burden Jesus cannot bear. I’m saying to you, ‘Jesus is the answer!’ Receive the answer – answer to your difficulty, trouble! Receive the answer, in the name of Jesus Christ! Thank You, Lord!” The man of God then declared: “I can hear breakthrough! Rise and walk! Thank You, Lord! I can hear testimony -testimony of, ‘I’m healed! I’m blessed!’ Hallelujah! Remember always: The best is yet to come!”