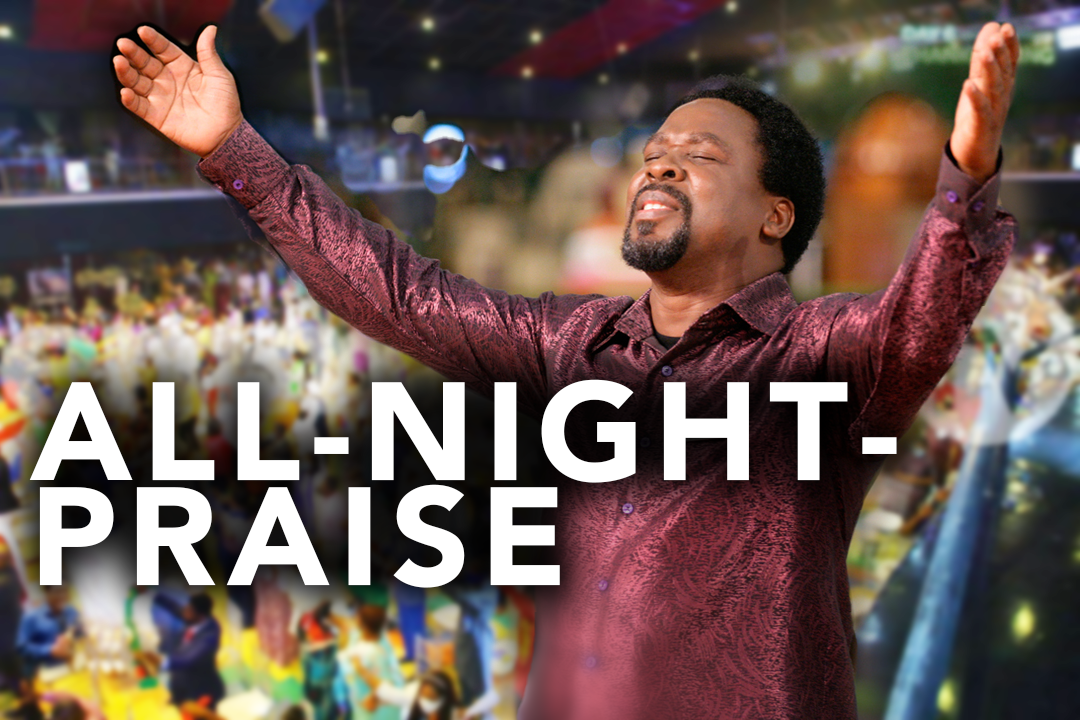 After retiring from the daylong tribute service for Prophet T.B. Joshua and the wake-keep service on July 6, well-wishers returned to the church auditorium by 12 a.m. of July 7 for the All-Night Praise Service, which featured a broad range of musical ministrations to celebrate the life and legacy of God’s servant.

First to perform were children from The SCOAN Sunday School, who played around letters depicting different aspects of Prophet T.B. Joshua’s life and legacy. Thereafter, The Emmanuel TV Choir joined the children in a ministration session where they rendered some of the songs composed by Prophet T.B. Joshua.

As the events went on, spiced up with religion-themed jokes by the comedian masters of ceremonies, the Laz Ekwueme Chorale stepped on stage to deliver a number of classical tunes.

Next on stage was American international gospel artiste Shirley Murdock, who performed faith-lifting and spirit-boosting songs that kept the audience swaying for the glory of God.

After Murdock’s performance, Nigerian gospel artiste Timi Dakolo further charged up the all-night praise with a scintillating performance that got everyone on their feet.

First to draw from his musical repertoire was Brian Courtney Wilson. Subsequently, Byron Cage got quite interactive with the audience.

Thereafter, the ‘I For Christ’ Dance Drama Group did a sober dramatisation of the prayerful lifestyle as well as the last moments of Prophet T.B. Joshua.

Finally, The Emmanuel TV Choir performed the yoke-shattering “Break The Chains”, which was composed by Prophet T.B. Joshua. Prophet Racine then said the closing prayer.

After the all-night praise and worship in celebration of the life and legacy of God’s beloveth, Prophet T.B. Joshua, Prophet Racine said the closing prayer.