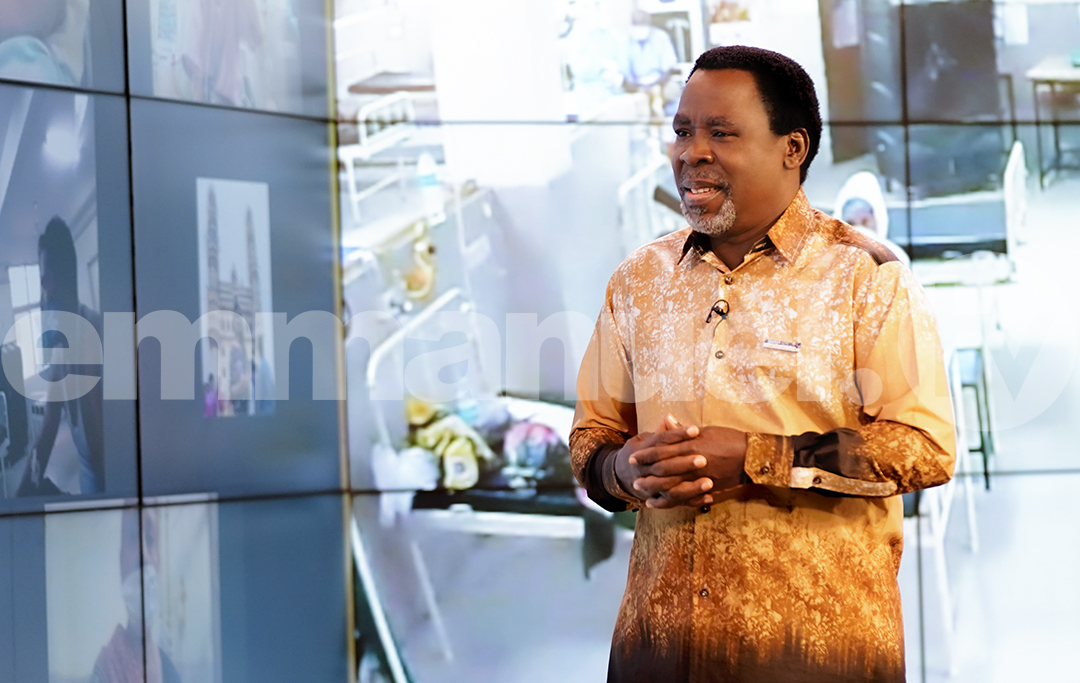 On Thursday, June 3, 2021, following the leading of the Holy Spirit, Prophet T.B. Joshua held a special Interactive Prayer Session with patients at a COVID-19 isolation centre in the Asian nation of India. As events would later unfold, for the ultimate glory of the Creator, Prophet T.B. Joshua was called home to rest two days later, after ministering briefly at The SCOAN Prayer Mountain during the Emmanuel TV Partners Meeting of that day.

The man of God had been touched by the suffering of the people of India and had gladly responded to the Holy Spirit’s nudge regarding the special interactive prayer session for the said COVID-19 patients. Yet again, God proved Himself mightily through the faculties of His servant, as the patients immediately testified about receiving divine vitality following the prayers.

Prophet T.B. Joshua had begun by thanking the patients for their time as he introduced them to Jesus Christ. He told them: “My God is the Healer, the Deliverer, the Saviour – Jesus Christ.” He then urged them to open up their hearts to receive from Jesus Christ, while asking for forgiveness “of whatever sin, whatever wrong they might have done in the past.”

One by one, the patients spoke about their instant improvement after receiving prayer. One patient gave a double thumbs up after being able to taste again. Munching on some nuts, he made his ease and excitement quite obvious as he spoke of the impact of God’s power on his body.

Another patient demonstrated his newfound fitness by exercising his body and walking to the restroom all by himself – something he had been unable to do before. He said: “For days we had longed for someone to pray for us. I had COVID-19. We are happy someone prayed for us.”

Through an interpreter, yet another patient asserted his healing, gesticulating excitedly as he declared himself free from pain in the chest and shortness of breath. Like others, he gave thanks to Jesus Christ! Getting off the sickbed and rising to their feet, men and women alike testified to the power of God, which had impacted their bodies from a distance.

After the testimonies, the staff of the isolation centre thanked Prophet T.B. Joshua for the Heaven-sanctioned intervention. “For days,” said one of them, “we waited for prayer for COVID-19 patients and today you finally prayed for them. We’re so happy!”

On Saturday, June 5, 2021, only hours prior to his transition, Prophet T.B. Joshua had told congregants that there would now be more focus on The Distance Is Not A Barrier Interactive Prayer Sessions, given not only the limitations on international travel but also the fact that God’s power transcends all barriers of distance and time.

To God be all the glory!