A FAITHFUL AND FORGIVING GOD - The Synagogue, Church Of All Nations - SCOAN - Prophet T.B. Joshua (General Overseer) Skip to content 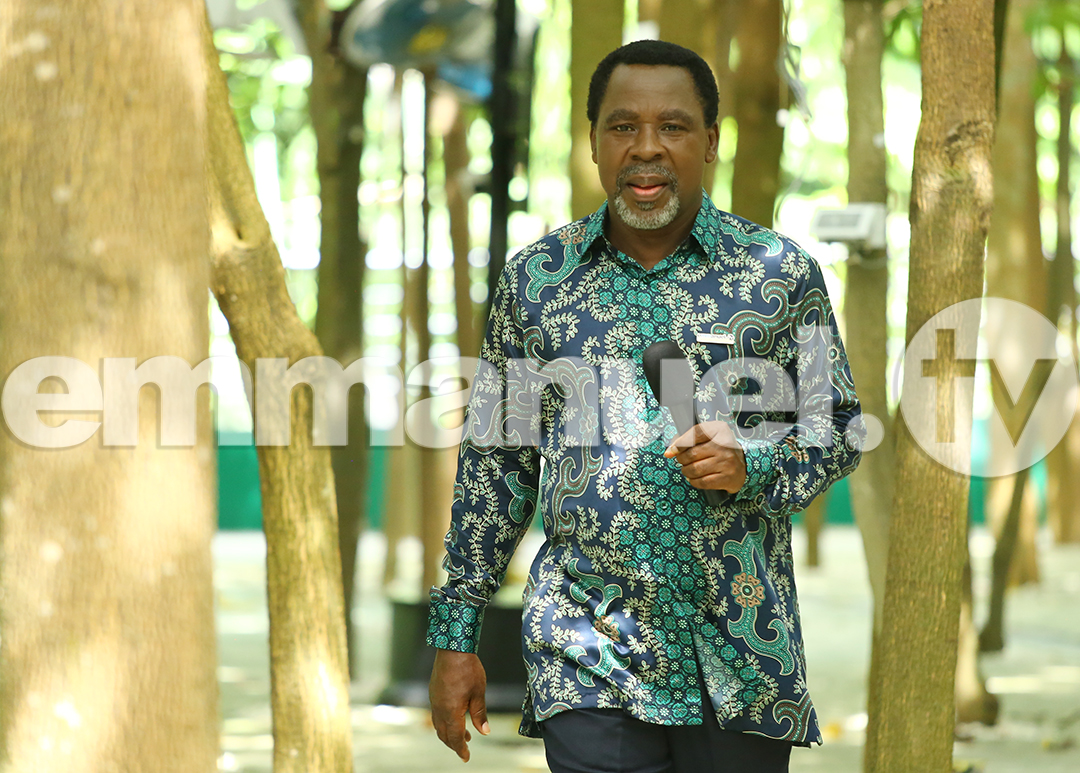 For the weekend of 23-24 April 2021, Emmanuel TV partners all over Nigeria had a chance to receive their New Anointing Water and Sticker from Prophet T.B. Joshua, after a heavenly touch from God’s servant that was meant to eliminate the roots of issues in their lives. In his bid to share this grace with viewers all over the world, the man of God prayed with them thus:

On Friday, Prophetess Angela shared a message with the partners on God’s perpetual readiness to forgive and accept us back into communion with Him, no matter how far away we may have strayed. In that sermon, entitled “IN THE MIDDLE OF A HIGH-RISK MISTAKE”, she read from Matthew 5:23-24, Proverbs 11:25, Romans 15: 1-2, Matthew 7:5, Matthew 18:20, 2 Corinthians 5:19, Romans 3:23, Mathew 5:22 and John 6:63. Mostly, she spoke about the need to realise that we ourselves may have at one time or another caused offence to others while striving to make it in life at the expense of our neighbours’ peace of mind. It is this mindset of trying to pursue a “wrong idea of the beauty of life” that she called “a high-risk mistake”.

As such, Prophetess Angela continued, it would be necessary to approach the throne of grace in a spirit of humility, realising that we have no right to condemn others because of what we deem to be their failings. In her words: “Instead of coming to a confrontation about sin with the intent of punishing that sin or harming the other person, we should come with an attitude of forgiveness, having a sharp awareness that we have been forgiven by our Heavenly Father for far more serious and consequential sins.” She ended by urging believers to show love to others at all times, for “the greatest way to show someone you love them is by praying for them.”

On Saturday, Evangelist Joseph reinforced the previous day’s message with a sermon entitled “GOD IS FAITHFUL”, taking his proof text from Numbers 23:19 (NKJV)–“God is not a man, that He should lie, nor a son of man, that He should repent. Has He said, and will He not do? Or has He spoken, and will he not make it good?” He began by charging the partners to anchor their relationship with God not on material blessings but on a deep need to connect with Him in permanent fellowship. He said, “Our motivation for coming to God should not be the miracles or blessings we will receive. Our needs go beyond that, because miracle is only a means to an end but not the end itself. The end is the salvation of our soul.” To that extent, he advised the partners to base their faith on the Word of God while seeing challenges only as a test of that faith. Thus, he advised against trusting in humans but in God so that we would never be “confounded in time or eternity.”

Testimonies as Proof of the Anointing

Presented as proofs of the anointing, the following are just a few of the hundreds of testimonies given by the partners and their family during the two-day Emmanuel TV Partners Meeting With Prophet T.B. Joshua.

Olabode came with the problem of “intractable hiccups,” which had always forced him to vomit whenever he took food. For long he was also unable to sleep at night, leading to hypertension. Even more, he could not breathe well. All of these problems he had faced for over five years. After a touch from God’s servant, not only can he now breathe well again but he can also eat again without throwing up!

An end to childhood affliction of deafness

Since childhood, Charles from Edo State had been deaf in his right ear. During prayer, he felt a sensation in his ear and now he can hear perfectly with his right ear, which is also no longer oozing pus. Praise be to Jesus!

Sometime in 2018, Dennis from Delta State stepped on some fetish substance, after which he developed severe waist pain. The condition made it difficult for him to sleep, forcing him to visit several herbal homes but to no avail. Although he had come with a lumbar corset to support his waist, he returned home without needing it anymore, following an anointed touch by the man of God. “My waist is free! Thank You, Jesus!” he exclaimed.

About seven weeks ago Toheeb had developed headaches and taken painkillers, thinking it was a minor problem. However, he soon found that the right side of his face had become paralysed, leading to partial blindness in his right eye. After prayer by Prophet T.B. Joshua, he received his perfect healing in Jesus’ name. Now he can see clearly, his sight no longer hampered by shadows. Glory be to Jesus Christ!

A double dose of healing

Until Nkiru received a touch from God’s servant T.B. Joshua the following service day, she had been suffering from eye and ear problems. She reported that during the prayer she had felt like a heavy load was lifted off her. Her daughter could not hide her excitement at the instant healing, knowing that her mother would no longer be needing help to move around as she could now see and hear well!

Delivered from spirit of death

When Esther from Edo State received a heavenly touch, the contrary spirit in her manifested before fleeing forever. Now her life is no longer troubled by the spirit of death – nor by the problems of heart pain and hypertension!  All glory to God!

Praise be to God! Helen from Anambra State was delivered from the affliction of a spirit husband after so many years! As the man of God touched her, the contrary spirit in her had manifested. In her testimony she recalled an experience during which she had flung away a short male figure who had been lying in bed between her and her husband. However, she had wrongly assumed that the incident marked the end of her ties with the spirit husband. The heavenly touch from God’s servant put an end to her ordeals including 12 years of stomach ulcers.

Unable to contain her excitement following her healing, Cecilia from Benue State had locked herself in a tight embrace with the person nearest to her the moment she could see clearly with her eyes again. Her vision had been severely weakened by complications from diabetes in the last 13 years. She also had high blood pressure, even as her medicated glasses did little or nothing to improve her sight, thus exposing her to dishonest acts by certain people around her. Despite visiting several specialists, her condition had persisted and she could not function well as a school principal, especially when it came to keeping financial records as a school administrator, almost leading to the closure of her school. At one point her doctors even got tired of her complaints. In a dream, she said, the man of God had touched her eyes. Once her healing became a reality, she became ecstatic for the glory of God. Praise the Lord!

Mrs Bassey was highly delighted when she received her healing from a problem that had bothered her for 22 years: internal heat that came with severe headaches and stomachache, making it difficult for her to do many things. Testifying beside her husband, she shook her head vigorously to demonstrate her healing – something she had been unable to do before.

No more difficulty in urinating

Despite undergoing an operation six years ago for his problem, John continued to experience difficulty in urinating. Most times he would have to press hard on his abdomen to be able to squeeze out drops of urine. However, that embarrassing situation ended after a touch from Prophet T.B. Joshua during the Emmanuel TV Partners Meeting. John subsequently went into the restroom and urinated freely! Glory be to Jesus Christ!

An end to years of abdominal pain

Godfrey from Niger State had had abdominal pain for four years. He had felt persistent pain on the right side but his doctors had been able to do very little about his condition, even as they diagnosed him with hepatitis. Following a touch from God’s servant, he had felt a strong sensation and started vomiting poisonous substances. After this experience he said: “I no longer feel pain. Thank You, Jesus!”