TOUCHED BY THE RESURRECTION POWER - The Synagogue, Church Of All Nations - SCOAN - Prophet T.B. Joshua (General Overseer) Skip to content 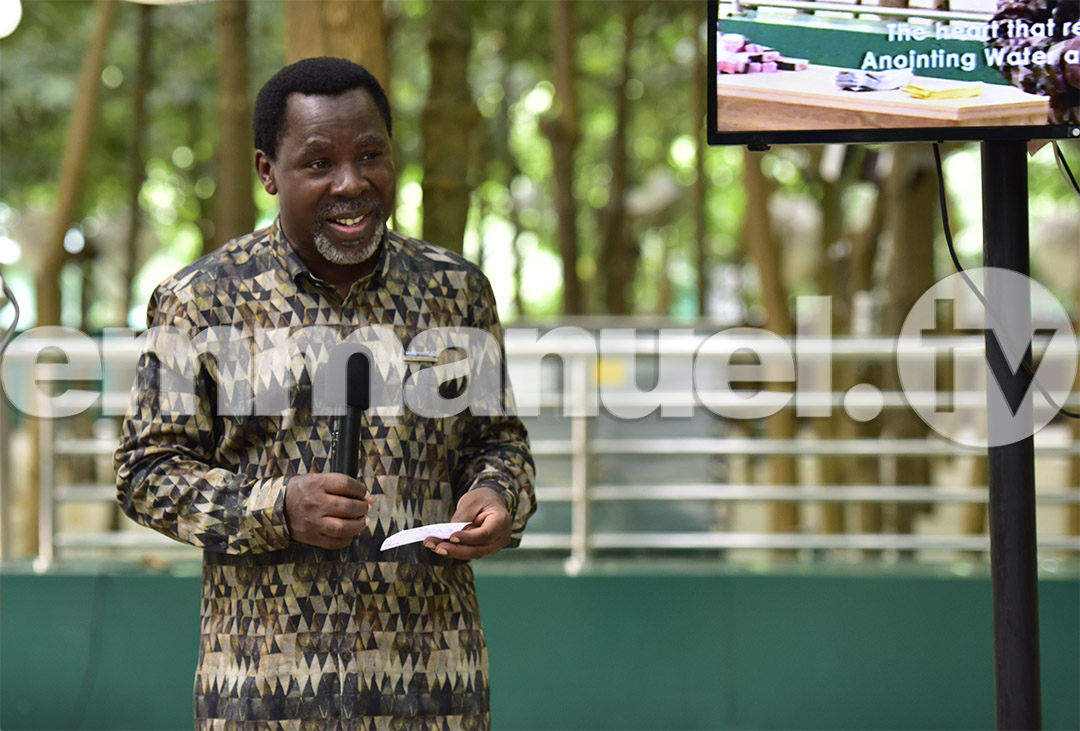 For hundreds of Emmanuel TV Partners who had come to The SCOAN Prayer Mountain from across Nigeria, Easter 2021 was indeed a time of resurrection of every dead thing in their lives. Beginning from Good Friday, the man of God, Prophet T.B. Joshua shared the message of love and sacrifice with them, before laying hands on them in the invincible name of Jesus Christ.

In a general prayer session with the partners and Emmanuel TV viewers all over the world, Prophet T.B. Joshua began thus:

Concluding the prayer session, the man of God pronounced with divine authority:

“Every reproach – be free, in Jesus’ name!

Every injustice – be free, in the name of Jesus!

Jesus knows your challenges – be free, in the name of Jesus!

In Jesus Christ’s name we pray!”

Amazing Testimonies of Healing and Deliverance

As the resurrection power fell upon the partners and their families, numerous instant testimonies of healing and deliverance were recorded, among which are those cited in this article.

Owing to severe hypertension, Ngozi from Imo State had barely been able to sleep for three years. This state of sleeplessness had led to several other health problems. However, once God’s power struck her, Ngozi immediately fell into deep sleep right at the venue of the Emmanuel TV Partners Meeting with Prophet T.B. Joshua. Glory be to Jesus!

“I am free! I can see clearly! Thank You, Jesus!” Those were the words of Bola, who had been experiencing 30 years of poor vision due to glaucoma. Owing to the poor vision issue, Bola had tripped on an object, leading to a fracture. In her bid to get a cure, she had also expended all her resources. After a touch by God’s servant, she can now see clearly and identify colours. Emmanuel!

For Nneka, she had received a prophecy from the man of God during a service two years ago. Prophet T.B. Joshua had told her that her husband had impregnated another woman. The couple had come out on that occasion and the man of God had told Nneka that she would soon conceive her own baby. As at Easter 2021, Nneka was already eight months gone into the prophesied pregnancy, despite medical doctors having written her off as being incapable of conceiving naturally. They said her fallopian tubes had merged with her womb, hence their recommendation of IVF. However, God’s report overrode man’s report – and Nneka is grateful to God for the long awaited blessing of pregnancy! Praise be to Jesus Christ!

In Esther’s case, she had been suffering from severe spinal cord problems, so she came to the Emmanuel TV Partners Meeting in a body brace, which failed to lessen her discomfort. Consequently, she could barely do anything for herself, including not being able to stand up for more than five minutes at a time. Owing to the pain and heaviness of the body, she also could barely sleep at night. But all of that is now in the past, as she broke into a run once divine vitality surged through her body when the man of God touched her. “No more pain!” Esther screamed.

Two years ago, Emeka had suddenly found himself unable to breathe properly and his body became so heavy he could barely move. During his one-on-one prayer session with Prophet T.B. Joshua, Emeka landed on the floor under the power of the anointing. When he got back up, he displayed limitless excitement as he poured out his heart in gratitude to God Almighty. He said he had felt as if things were being removed from all over his body as the man of God prayed. Praise the Lord!

Princess from Edo also came with the problem of difficulty in breathing, which she had had for the past three years. After a touch by Prophet T.B. Joshua, she was also healed of all other issues such as inability to walk long distances and general body pain. Now she can breathe freely, to the glory of God!

As Esther testified about how God had delivered her son from addiction to smoking, drinking and stealing, her joy knew no bounds. The terrible vice in her son’s life had not only made him drop out of university but also caused him to steal regularly from his mother. After the touch of Prophet T.B. Joshua, however, he was disconnected from the evil spirits that had been tormenting his life, even as he vomited blood and poisonous substances. Thanking God for his deliverance, he said that for the first time he felt remorse for all he had done, even as he asked his mother to forgive him.

It was also a case of healing and deliverance for Dennis and his wife, who was delivered from the violent spirit of anger that had tormented her for long and made their marital life almost unbearable. On many occasions, the evil spirit in her had pushed her to assault her husband physically; in fact, the couple had had a serious fight as they prepared to attend the Emmanuel TV Partners Meeting. The light of God in the prophet had exposed the demon in her, which had begun to violently manifest upon merely sighting the man of God. Even more, at the touch of the man of God, Dennis himself began to vomit blood and poisonous substances. Reconciled and thankful, the couple stood together to testify about God’s goodness in their lives.

For Oghenetega, Easter 2021 marked the end of an affliction that had been with her since childhood. She had been unable to see with her left eye. After a touch from God’s servant, she can now see clearly with that eye! Surely, when the power of God is present, healing is just like breathing!

Although Alfred, a university professor, had limped into the venue of the Emmanuel TV Partners Meeting because of pain in the limbs and body, he went home whole, having been healed of the infirmity in his body. A touch from God’s servant had set him free and he had exercised no restraint as he broke into a run, to demonstrate his healing. He said he had experienced something supernatural, which he could not explain.

Felix from Delta State was also impacted by God’s power after having suffered from stomach ulcer for a very long time. He declared, “The heat and pain I felt has stopped. I was unable to touch it like this before!” Glory be to God!

Two sisters, Busayo and Oloruntosin, equally experienced the mighty move of the Holy Spirit as the infirmities in their bodies vanished when Prophet T.B. Joshua prayed for them. Busayo had been having pain on the left side of her body, causing her severe difficulty in moving that part of her body, while Oloruntosin was suffering from poor vision. As anointed hands fell upon Busayo, she immediately received strength in every part of her body. Now she can move her left arm and leg without any pain. On her part, Oloruntosin had felt a hot sensation during the prayer and she can now read freely without medicated glasses. Praise the Lord!

Michael had been suffering from difficulty in urinating, often spending about five minutes trying to urinate. Immediately a divine hand fell upon him, however, Michael started feeling like urinating – and he subsequently did so with ease. Also gone is the waist pain that had been part of the problem. “Thank You, Jesus, for healing me!” he exclaimed.

On his part, Samson was healed of the problems of chronic headaches and weakness of the body. He had been dependent on drugs for years but now his story has changed forever!

Finally, although young Nembere came to the Prayer Mountain with the problem of difficulty in walking, and was using two knee braces, she went home without them, as the power of God hit the root cause of her problem and released her instantly from all pain. “Right now I can move my knees!” she testified.

Indeed, these amazing testimonies prove that the evidence of Jesus Christ is lives changed. Emmanuel!

After the eventful prayer time, Prophet T.B. Joshua ended the precious day by blessing the partners with the New Anointing Water and Sticker, reminding them that freely they had received, freely they should bless those around them.