THE EVIDENCE OF GOD’S POWER - The Synagogue, Church Of All Nations - SCOAN - Prophet T.B. Joshua (General Overseer) Skip to content 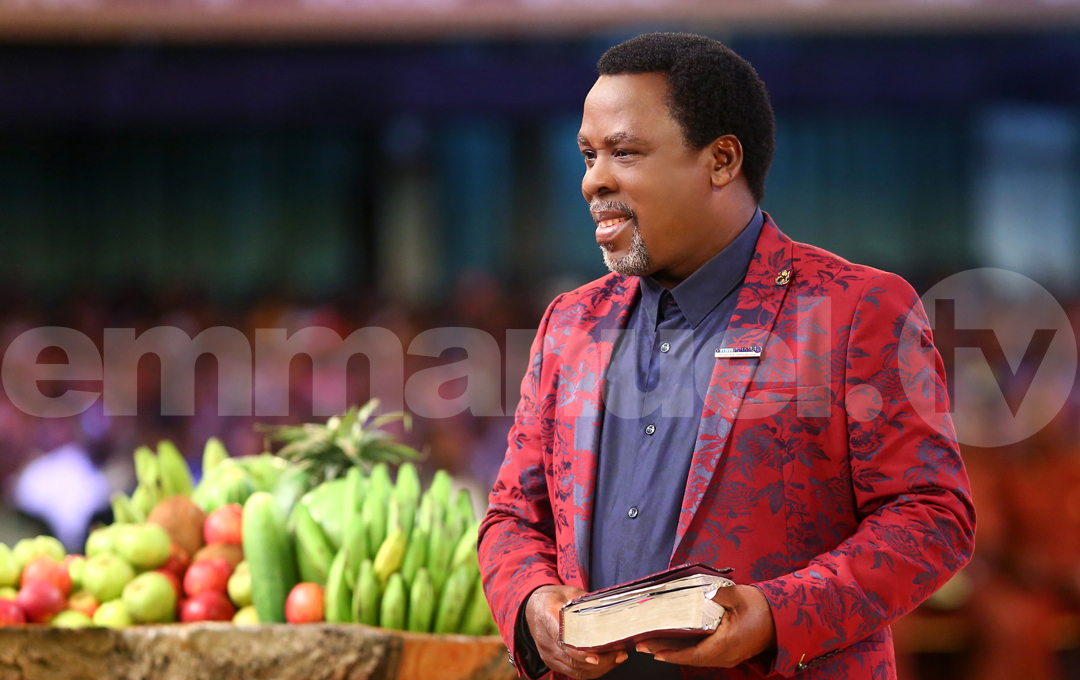 The evidence of God’s power remains on display as Emmanuel TV Partners all over the world keep receiving the gifts of the New Anointing Water and Sticker from Prophet T.B. Joshua. As the Partners carry on with the mission of spreading love and succour to a troubled world by prayerfully sharing the faith tools with others, amazing testimonies continue to pour in from across the continents.

To start with the case of a newborn, little baby Abel received life in his organs after ministration of the New Anointing Water on him over the phone by his grandmother Mamai. Born prematurely at seven and half months, Abel had had to be kept alive through feeding via tubes attached to his body. Within a week of the prayers, he had begun to eat normally and started to gain weight. Now discharged from hospital, Abel is indeed a bundle of joy for both his parents and grandparents. His father said: “I want to thank God and Prophet T.B. Joshua for this blessing!”

Another faith-building testimony on healing came from Honduras, where two-year-old Santiago had been faced with the condition known as cryptorchidism, otherwise called ‘undescended testicles’. Although already booked for an operation, little Santiago ended up undergoing only the invisible surgery that the Master Surgeon alone is capable of. It was shortly after physical ministration of the Anointing Water on him that doctors confirmed his testicles had descended. A subsequent X-ray by other specialists further proved his healing, as shown by his latest medical reports. “Thank You, Lord Jesus Christ, for healing my son!” his mother gushed.

Indeed, the children have been specially impacted by the Anointing Water. Another one of them is Timur from Uzbekistan, who received his healing from the genetic conditions of Haemophilia A and Haemophilia Inhibitors. As medical personnel know it, these conditions are incurable and can easily lead to death from relentless bleeding from minor injuries. Diagnosed over six years ago, Timur had been forced to live cautiously in order to avoid getting injured. In 2018, his parents had visited The SCOAN and received The Anointing Water, which they began ministering on him. His parents also took him to The Nazareth Meeting With T.B. Joshua and he was prayed for by Prophet T.B. Joshua. Since then, Timur’s medical reports have improved so much that he now leads a normal life.

They testified that before, the inhibitor count in Timur was 32 and the blood coagulation was almost zero. However, after ministration of the Anointing Water and receiving prayer from Prophet T.B. Joshua, the inhibitor count is now zero. The blood coagulation has increased to 40.4. Indeed, with God nothing is impossible! His mother, Zamira, said: “Our child is healed. There is love, peace and joy in the family. And we are very happy. Thank You, Jesus!”

Still speaking of healing, 48-year-old Tinaye from Botswana “felt the healing power of God” right there in an isolation ward where he had had an oxygen mask strapped to his face as COVID-19 was choking his breath. Just hours after a friend ministered the Anointing Water on him via the phone, the doctors became comfortable enough with his improvement to take the mask off him. Shortly afterwards, Tinaye was released to his family and his elated wife said, “We thank God for his recovery! We thank God for his healing!”

It was also a case of miraculous healing for Janeth from Colombia, who received a touch from Heaven when she prayerfully placed the New Anointing Sticker on her womb area. In 2019 she had tested positive for HPV and had been seriously troubled about the impact of the high-risk disease. In faith, she had taken the sticker from her pastor and ministered herself with it. She testified, “After the prayer, I received the result of my second pap test and it was negative.”

Through the medium of the Anointing Water and Sticker, the root causes of limitation, poverty and setback in the lives of the people are being eliminated. Such was the case of Tatiana from Ukraine, who said while displaying her just-received package of Anointing Water and Sticker: “I believe this will bring breakthrough to my life.” Shortly after, her husband ministered the water on her and the contrary spirit in her began to manifest and she vomited all the poisonous substances in her system. Soon, Tatiana became calm and got back on her feet as a new creature. “Thank You, Jesus!” the couple declared.

It was also a similar experience for Natalya from Russia, whose life had been troubled by a foul spirit. Since 2008, she and her husband Vladimir had been facing financial stagnation and debts. However, upon ministration of the Anointing Water on her virtually, Natalya received her deliverance from the forces of malice as she vomited the poisonous substances in her system. Only three days later, the couple received forgiveness of a debt of USD1000, even as God has also blessed the lender with a new job. Hallelujah!

For over a year and a half, Jose from Honduras had been unable to get his driver’s license in five attempts, so he sought prayerful ministration of the Anointing Water on him via the phone. After the prayer, he went again for the test and his mind never went blank as had been happening before. He scored 80% in the theory and 100% in the practical part. “I received my driving licence to the glory of God. Thank You, Jesus! I glorify Your name!” he declared.

For Akamaral from Kazakhstan, after prayerful phone ministration of the Anointing Water on her, she is no longer burdened by unforgiveness, thereby opening the way for “God’s promises, blessings and deliverance” in her life. She shouted, “Hallelujah! Glory to You, Lord!”

Walter from Canada witnessed God’s power as he took out his Anointing Sticker from its package. He began shaking uncontrollably once he held the sticker, almost falling on the floor. “I felt an electric shock sensation that went through my body,” he said. Walter has no doubt that this was a sure sign that “The Lord has removed things from my body,” even as he glorified God’s name.

It was with hearts full of gratitude that Yevgeny and Anastasiya announced receiving the Anointing Water and Sticker, even as they declared that they believe it will bring spiritual, physical and financial breakthrough in their lives. “We will keep praying along with Prophet T.B. Joshua regarding all areas of our lives and the lives of other people,” they stated.

Finally, UK-based nurse Kolosa thanked Prophet T.B. Joshua for the “blessing” of the Anointing Water and Sticker “in such a time as this.” Stating her readiness to minister the water on herself, she declared that hers and her family’s life would be transformed positively forever. She ended, “The best is yet to come!”