FILLED WITH THE HOLY SPIRIT - The Synagogue, Church Of All Nations - SCOAN - Prophet T.B. Joshua (General Overseer) Skip to content 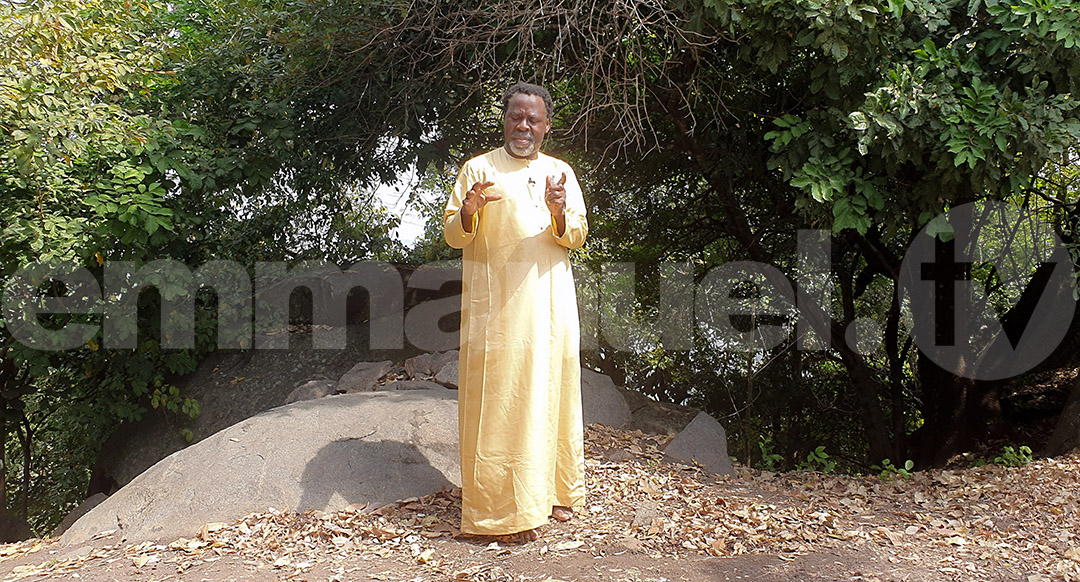 Sometime last week, a set of Emmanuel TV Partners in Nigeria had gathered to receive the new Anointing Water and Sticker. In addition to the faith tools, however, they also received prayer ministration by Prophet T.B. Joshua over the phone. What transpired during that prayer session, as well as during the picking up of the items, is yet another proof that God’s power knows no barrier of distance or time. Indeed, there were manifestations in various forms as people experienced healing, deliverance and salvation in the mighty name of Jesus Christ.

Prophet T.B. Joshua had begun with words of encouragement and assurance to the assembled Nigerian Partners, among whom was a group of visiting pastors and ministers from the Latin American nations of Argentina, Brazil and Mexico, among others: “I want to tell you that God is with you and that no weapon fashioned against you shall prosper! My being here is mightier than when I am there. So, rejoice!”

Prophet T.B. Joshua also said a prayer of forgiveness with the people: “If there is any sin you have committed, any wrong you have done – Lord Jesus forgive you! Any sin they might have committed, in whatever way – Lord Jesus, forgive them! Lord Jesus – I cover them with the Blood of Jesus!” At this point, many of the people had begun to respond to the potency of the Spirit, with many thrashing on the ground and vomiting the poisonous substances in their system.

A few of the numerous testimonies recorded in the prayer session are now presented, to the glory of God.

Henry received his healing from the artery blockage that had been causing him upper body pain and sleeplessness. He said he felt a shadow had covered him and he had been unable to move as he tried to pick up his package of the New Anointing Water and Sticker. He vomited the impurities in his system and is now completely free from chest pain.

For Bayelsa State resident Kemeghen, God’s power became real when he received his healing from back and head pain of 20 years. A native doctor had given him charms that were meant to prevent him from being cut down by bullets or machete strikes. However, the charms had instead brought the burden of headaches into his life.

While the prayer of forgiveness was being offered by Prophet T.B. Joshua, Kemeghen’s legs had begun to shake. Eventually, he expelled the source of trouble in his system as he went to fetch his Anointing Water and Sticker package.

It was also while he was picking up his faith tools that Benjamin from Kogi State received his healing from poor vision in the left eye. As he made to pick up the items, his body began vibrating and he fell to the ground. By the time he got up, he was already a new man in Jesus’ name!

Faith from Rivers State also had a similar experience, as her body kept shaking and she fell to the ground while trying to fetch her own faith tools. When she got up, her ear pain of two years had vanished! “There is power in this New Anointing Water,” she testified.

Bashiru from Kaduna State had always suffered heaviness of the body and nightmares involving strange women. This led to issues with his wife and colleagues, as he was always angry with people.

According to him, “When the man of God started talking, I felt as if he was here. Three times my body started moving; I tried to control it but the last one I couldn’t remember what actually happened again.” Since that experience, Bashiru’s head and body have become light. Thanking God, he exclaimed: “I’m delivered!”

Fatima from Delta State was equally healed of difficulty in breathing. She had been impacted by God’s Spirit during the prayer session and when she went to pick up her faith items. “Thank You, Jesus!” she said.

Francisca from Abuja also expelled contrary substances from her system, following which she was healed of severe leg pain of two years. During her testimony, she demonstrated some of the things she had been unable to do before with her legs.

Abigail, a healthcare worker living in Delta State, also had a similar experience, as she was healed from pain in the right arm during the prayer session. Now, Abigail’s right arm has received renewed vitality and she can punch hard into the air and jump for the glory of God! She testified: “I’m delivered. I’m healed. I’m free!”

For Mai from South Sudan it was an issue with her breathing due to asthma. She said that during the prayers she had felt intense heat and had started vomiting. She testified: “Now my body and everything is light. I breathe well and I feel very light.”

Nnenna from Rivers State received her healing from an eye problem that had afflicted her for 10 years. She also had issues with her stomach, even as it affected her period. According to her, “As the man of God was praying, I felt a sensation that pushed me.

I was trying to control myself; I couldn’t. I fell down.” She also reported vomiting blood and other poisonous substances after ministering the New Anointing Water in her eyes and mouth. Now, she can see and read clearly without her glasses!

Charity from Bayelsa State was one of the first to be impacted by the power of the Holy Spirit. The contrary spirit in her had manifested, screaming: “I am the strong man!” As Charity pounded rapidly on her chest, the evil spirit in her boasted: “I destroyed everything.

I destroyed her marriage. There is no other relationship.” When it was all done, Charity disclosed that God’s power had delivered her from the problem of breast pain.

Before Akinyode came to Lagos from Abuja, he had had a dream in which he got a “priceless gift” from Prophet T.B. Joshua. As such, his invitation to come for his faith tools was a confirmation of the dream.

The moment Akinyode saw the cartons of the faith tools he vomited as a wave wafted towards him and prevented him from swallowing. After collecting his items, Akinyode vomited even more. Now he no longer has chest congestion. Hallelujah!

From the spirit of anger and unforgiveness was Geraldine delivered. The Delta State resident testified that God’s Spirit had touched her during the prayer session and when she went to pick up her faith tools.

She had fallen down and rolled on the ground as the contrary spirit in her manifested. After vomiting the negativities in her body, she threw off the burden of unforgiveness, bitterness and anger.

Commenting on the events of the day were some Latin American pastors, who restated their faith in the invincible, invisible God. Pastor Dimas Camarasa from Bolivia was excited that “after the call of the man of God, people started receiving mighty deliverances.”

On their part, Pastors Robert and Susana Acosta from Argentina expressed their heartfelt gratitude to God for supplying hope in the midst of the pandemic, especially with the release of the New Anointing Water to Prophet T.B. Joshua.

Pastor Paulo, Vice President of the Council of Churches in Rodonia, Brazil, said he has great respect for the anointing in the life of Prophet T.B. Joshua. Pastor David Garcia from Brazil was happy to have the grace to witness the miracles of healing and deliverance that happened on the day.

Apostle Willy from Sao Paulo, Brazil implored his fellow Brazilians to believe that God’s time is the best for a crusade in Brazil with Prophet T.B. Joshua. In the meantime, he said, God’s power in the New Anointing Water should suffice. In Apostle Willy’s words, “Jesus used mud and saliva to heal a blind man; God does as He wills – God has chosen to use His prophet, T.B. Joshua, a humble man with a giving heart and the New Anointing Water to heal the world.” He therefore urged people to become Emmanuel TV partners. He said, “Emmanuel means God With Us – when you watch Emmanuel TV, God is right with you.”

Thanking God for Prophet T.B. Joshua’s life, Pastor Pascual Andrade Ovando from Mexico described the New Anointing Water as a touch of Heaven on earth. Carlos Mortera from Mexico said he could not wait to see the same things happen in his own country. Exhorting his native country of Mexico, Pastor Montejano said, “God has not forgotten us; if God gives us the grace, we can be a point of contact for God to heal, bless and deliver you.”