A HARVEST OF TESTIMONIES ON THE NEW ANOINTING WATER AND STICKER - The Synagogue, Church Of All Nations - SCOAN - Prophet T.B. Joshua (General Overseer) Skip to content 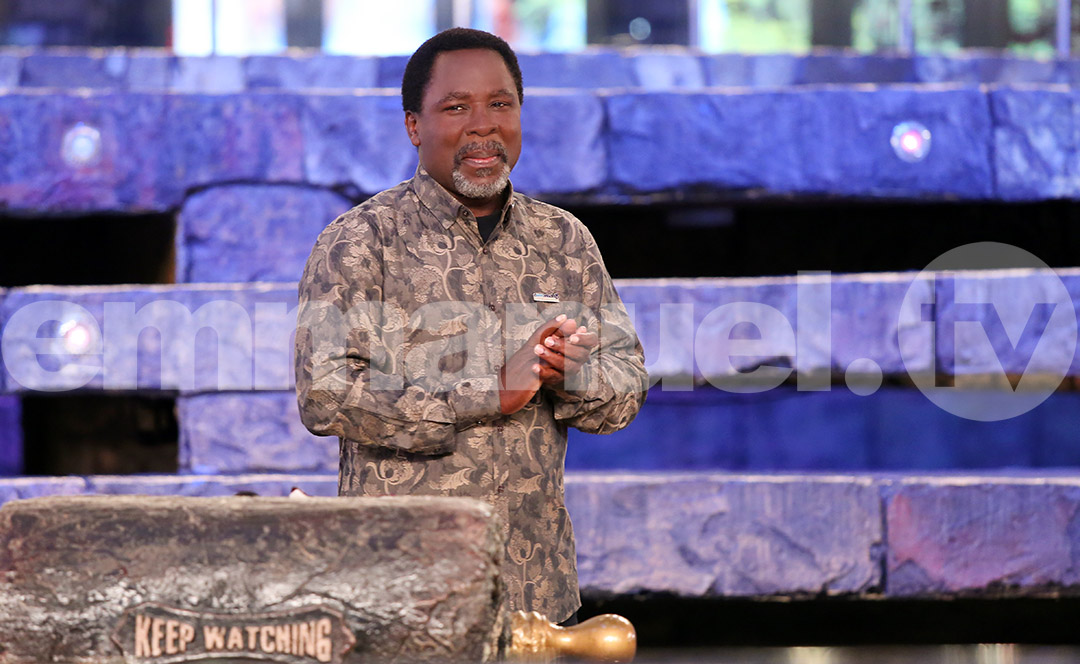 Since God’s servant Prophet T.B. Joshua released the New Anointing Water and Sticker, people all over the world have been experiencing healing, deliverance and salvation, as well as all forms of blessing and breakthrough in their lives. Whether in Europe and the Americas or in Africa and Asia, it has been the same stories of protection, promotion and prosperity, even as people come to further realisation of the truth in God’s Word in Psalm 127:1 – “Except the Lord build the house, they labour in vain that build it: except the Lord keep the city, the watchman waketh but in vain.”

And so, it was the Lord’s doing through the medium of the New Anointing Water when Daniel from Ghana finally received his documents for permanent residence in Spain. Previously he had been denied by Spanish immigration authorities, even though he had stayed long enough in Spain to earn a Master’s degree there. It was Daniel’s faith that moved God’s hand after the water was ministered on him over the phone by a friend in Ghana.

Like Daniel from Ghana, Sibusiso’s case is also about breakthrough after receiving the New Anointing Water in the USA. The South African, who resides in the USA, saw God intervene in his case as he clinched a management position in one of America’s top airlines. After interviewing for the position, Sbusiso had all but disqualified himself considering the higher qualifications and experience of the other candidates. But the battle was the Lord’s, not Sbusiso’s! And so he got the job. Praise the Lord!

It was the same faith that Victor exercised when he called his mother over the phone and prayed for her while ministering the New Anointing Water. His mother’s left hand had been in very poor shape, nearly starting to wither following injuries from a gunshot. In a matter of days, Victor’s mother’s right hand had regained its vitality and now she can use it comfortably.

How about the case of Caleb, a Ghanaian living in South Africa? Caleb had been going in and out of hospital for the last six months, even as he depended heavily on medications. But his health status changed as soon as he vomited the impurities in his system, following ministration of the New Anointing Water on him over the phone. “By the grace of God, I am healed. Now I can do the things I couldn’t do before,” he testified.

Omotole also received instantaneous healing where she had gone to pick up her New Anointing Water and Sticker. The Nigerian resident of the USA said her medication-defying neck pain had vanished as she fell under the anointing at the venue. “I can turn my neck – no more pain! I give God all the glory!” she said cheerfully.

Also quite spectacularly, Carolanne in the USA broke free from the contrary spirit that had been responsible for congestion in her right ear, throat and chest. This condition had made it virtually impossible for her to showcase her singing talent to the world. How did she receive her healing? Just by placing the pack of the New Anointing Water on her ailing body parts! As every clogged part in her body has now opened up, Carolanne can sing like a canary again! Glory be to Jesus!

Donatien from Benin Republic is another witness to God’s power. He had been rushed into emergency because of general fatigue, which was diagnosed as chronic asthenia. While at the hospital he received a short prayer video in which the New Anointing Water was ministered. In faith, he connected with God’s Spirit and began to feel better immediately. The day after his discharge, he excreted the leftover impurities in his system. Who else could have done this but God Almighty! Indeed, distance is no barrier to the move of the Holy Spirit.

In her own case Esther expelled the poisonous substances in her system through vomiting after ministering the New Anointing Water. Her testimony had in fact begun once she collected her faith tools package, as her worry had disappeared right then. She exclaimed, “God has set me free! God has delivered me!” She then advised others: “If you have the opportunity to receive this Anointing Water, don’t decline it.”

And how about Precious, a Zimbabwean young woman? Precious was suddenly thrown backwards from her seat while placing a hand on a computer screen displaying the New Anointing Sticker. Not having envisaged what was to happen, Precious had had to retrieve video evidence of her experience from the CCTV camera in her office. She recalled that all symptoms of illness had vanished from her body by the time she woke up the following morning.

A similar experience was reported in George’s family. Just about the time when the package containing the New Anointing Water and Sticker was dropped in the family’s mail box, George’s young son reported seeing a figure in a white robe standing close to the family’s prayer room. “I really thank God for the experience,” he said.

In Asia, a boy who had been born deaf also received his healing after a few sprays of Anointing Water in his ears. Now he no longer needs hearing aids. For sure, nothing compares to God’s power!

From a USA couple healed of leg swelling and inability to see without medicated glasses to South Koreans and citizens of other countries hoping for their own miracles, there were words of heartfelt gratitude to Prophet T.B. Joshua and the Emmanuel TV Team for the gifts of the New Anointing Water and Sticker.

Many also thanked Prophet T.B. Joshua for making himself a worthy vessel in God’s vineyard. One of them, Roger from the USA, summed it up: “I am just so grateful for the refreshing way, T.B. Joshua, that you give without thought of return.  I wish other men of God would take your lead on that issue. I praise God for your giving, wonderful ways. May God bless you!”