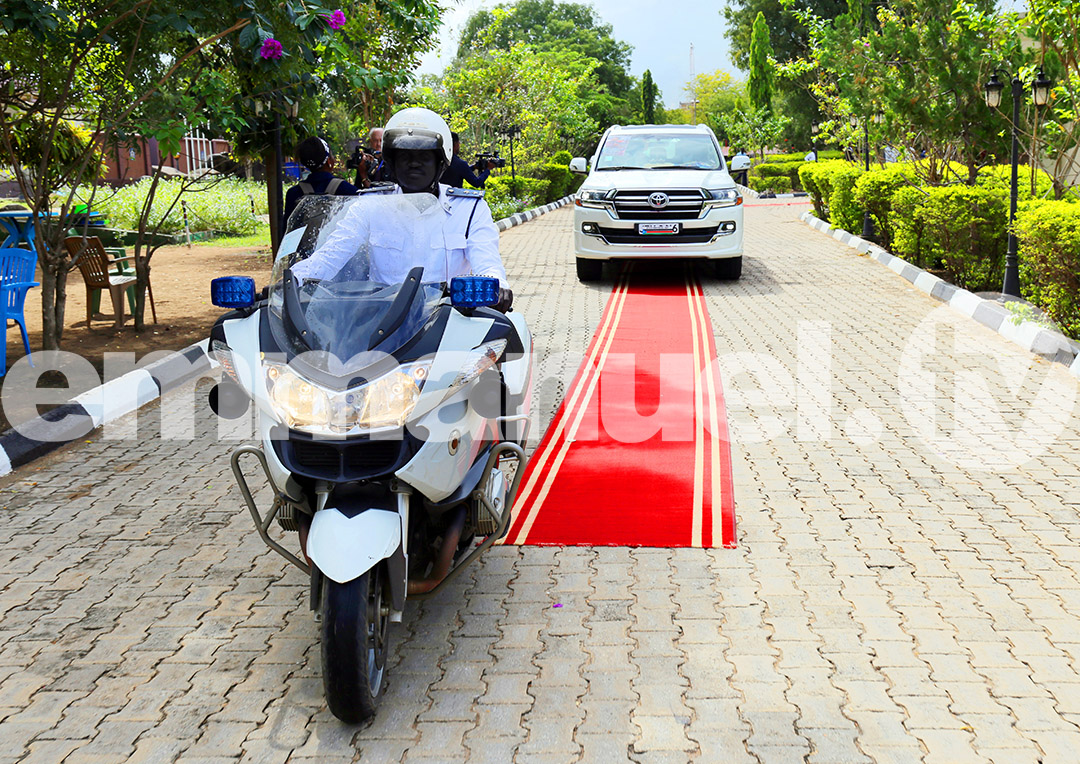 When on the historic day of July 9, 2011 South Sudan emerged as the world’s newest nation, peacemakers across the world, especially on the African continent, had finally been able to heave a sigh of relief, given that political separation from the larger and more socioculturally diverse Sudan had been expected to mark the beginning of lasting peace for a war-weary people. Regrettably, however, the fragile peace in South Sudan was soon shattered when civil war broke out there in 2013, following disagreement among power brokers in the presidency. The conflict reportedly led to the displacement of about four million people.

It was under these circumstances that Prophet T.B. Joshua visited South Sudan on November 12, 2019, having received divine clearance to do so. As a man of faith, God’s servant ignored all human efforts to dissuade him from the visit, having declined several prior invitations to South Sudan. To the glory of God, that visit indeed changed the course of events in the country for the better. Although he was accorded the highest level of state protocol, right from Juba International Airport to the State House in Juba, the state capital, Prophet T.B. Joshua ensured to keep the focus on God Almighty by stressing the need for his hosts to hearken to the prophetic utterances he had been sent to deliver to the government and people of South Sudan.

“I am here to deliver God’s message and prayer,” Prophet T.B. Joshua began, adding that he needed to be specific and “not say what God has not said.” He then prayed that God would give all the political stakeholders in South Sudan the discretion that would guide their hearts to obey God’s Word. Speaking frankly to an audience comprising powerful state actors such as the president as well as other members of the presidency, ministers, legislators, high-ranking military and police officers and religious leaders, among others, the man of God said: “Time has come for us to put our differences behind us.” He said the world’s youngest nation had a big glory and that God was about to intervene. “If I am a prophet, this will not go without fulfilment,” Prophet T.B. Joshua assured his listeners, even as he stated that he was in the country strictly to prophesy, not to preach or teach.

Speaking further, the man of God said that South Sudan’s problem was spiritual and, therefore, needed to be tackled spiritually. Advising the country’s leaders to settle their differences and work together for the country’s good, he gave illustrations from personal experience of how conflict in the country had hampered the country’s image as a safe travel destination. Against the backdrop of the country’s “enormous natural resources”, therefore, Prophet T.B. Joshua urged the leaders to embrace peace so that investors and tourists would be able to visit the country. Describing South Sudanese as “intelligent, hard-working and ambitious people,” he reiterated the need for stakeholders to embrace peace so that South Sudanese dispersed all over the world would be encouraged to return home and join in efforts to develop the country.

Regarding the prophecy for the nation, Prophet T.B. Joshua asked his audience to look beyond the physical and to discern the voice of the Lord. In his words, “You cannot stand in the way of the Lord. He owns man’s heart and He can instruct man at any time.” He then declared: “Next month, we talk of December, New Year. This country is going to enter a new year – a new beginning! Whether you like it or not; whether I like it or not! Your agreement does not matter to what God is about to do.” The man of God, therefore, advised the people to take the prophecy seriously, as it was a product of Holy Spirit intimation.

At the end of the prophetic meeting, Prophet T.B. Joshua raised his voice to Heaven: “Lord, I pray for the peace of South Sudan. Have mercy on the nation. Let the leaders and citizens of South Sudan obtain Your mercy. Thank You, Lord, for Your compassion and forgiveness, in Jesus’ Christ’s name!”

In his closing comments, the man of God observed: “This is the message and prayer I am sent to deliver. It may look few, short but it’s pregnant. It’s pregnant, so let us await the results. When God says, ‘Yes’, no one can say, ‘No.’ I repeat again: Time has come for us to overcome our divisions, for us to put behind our differences and allow the youngest nation in the world. There is no more time for you, for us again. God wants to move the nation forward. Long live this peace initiative! Long live the youngest nation in the world! Thank you very much.”

Thanking Prophet T.B. Joshua for the visit, President Salva Kiir Mayardit noted: “We have crossed a long distance searching for peace. Now that the man of God has come to South Sudan, I believe peace is at the corner.” On his part, the Deputy Speaker of the Council of States, Arthur Akwien, said: “It is a great message for our country and has brought to us a lot of hope for peace in our country. He has given us a very encouraging word that by the end of this year, we will have peace in our country. We are very happy that this is the Word of God from Prophet T.B. Joshua.”

On behalf of the country’s women, Amer Manyok Deng, Chairperson of the Women’s Bloc of South Sudan, had this to say: “I am a signatory of the Peace Agreement on behalf of women of South Sudan – for the first time in African history. Today, we are very grateful, happy and humbled that the man of God, T.B. Joshua, has come to us. Even with the few minutes that he is here, we have experienced the rain; it is a blessing…. Man of God, you have seen our suffering and we know that your blessings will bless the people and vulnerable women and children of this country. Thank you for coming!”