GOD MEASURES OUR LIVES BY OUR LOVE - The Synagogue, Church Of All Nations - SCOAN - Prophet T.B. Joshua (General Overseer) Skip to content 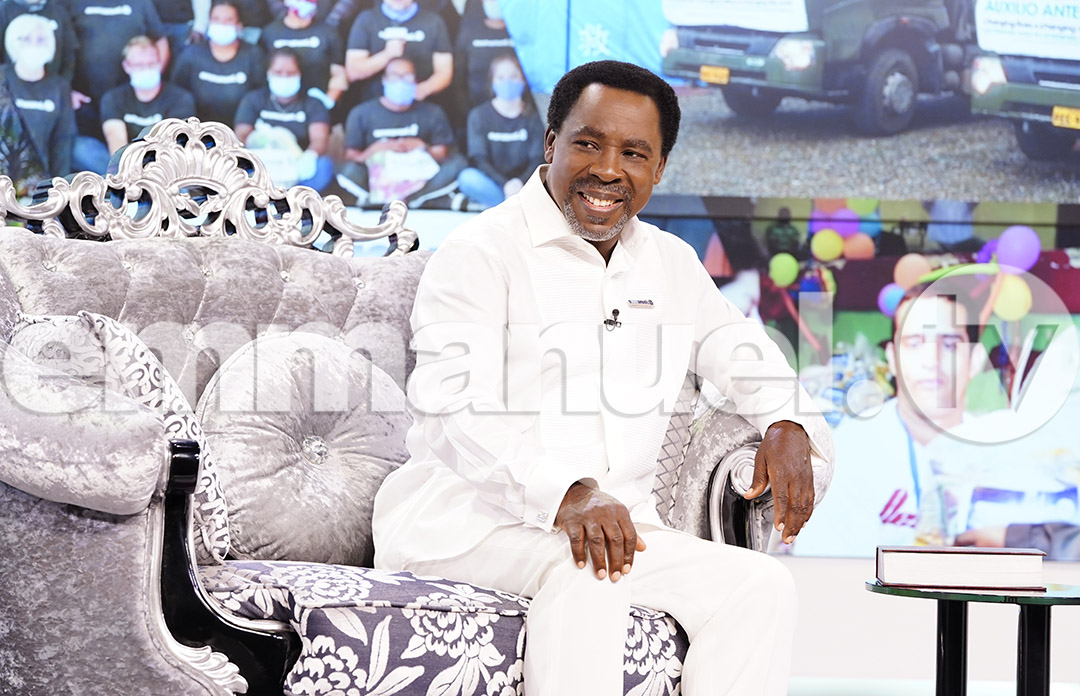 On Sunday, 14 June 2020, two days after Prophet T.B. Joshua’s 57th birthday, The SCOAN was still in a celebratory mood. The celebration was not about wining and dining! It was about celebrating and promoting the virtue of sacrificial giving that places the needs of others above our own, about giving without expectation, about faith bringing man to God and love bringing him to man – in short, about helping for God’s sake. And so, on Friday, 12 June 2020, Emmanuel TV partners all over the world had heeded the call by God’s servant that they should reach out to the needy as a way of marking his birthday.

In melodious celebration of the day, the Emmanuel TV choristers sang their hearts out to the King of Kings, praising and worshipping Him in many songs and tongues. “God, You have been so good,” they sang, among many other compositions by Prophet T.B. Joshua. In a special moment there was also a spanish worship song featured encouraging the viewers that there is no greater and higher place to be than at the feet of Jesus. 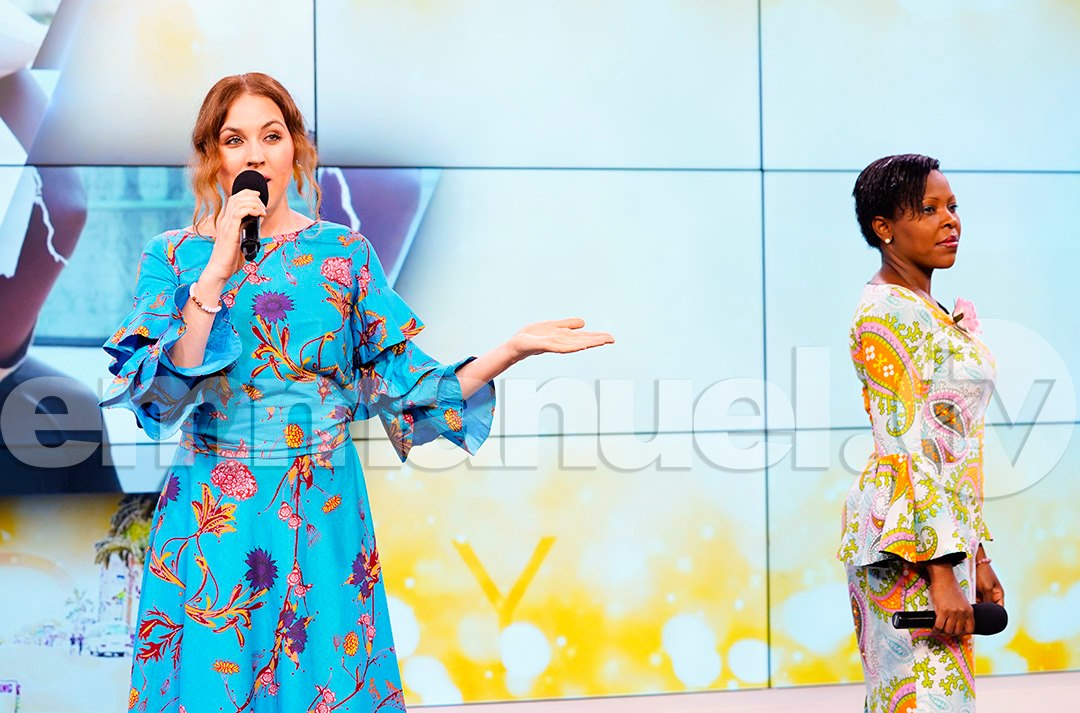 Later on, members of the Emmanuel TV team took turns in paying poetic tribute to a servant of Christ who has touched hundreds of thousands of lives directly and countless millions indirectly. 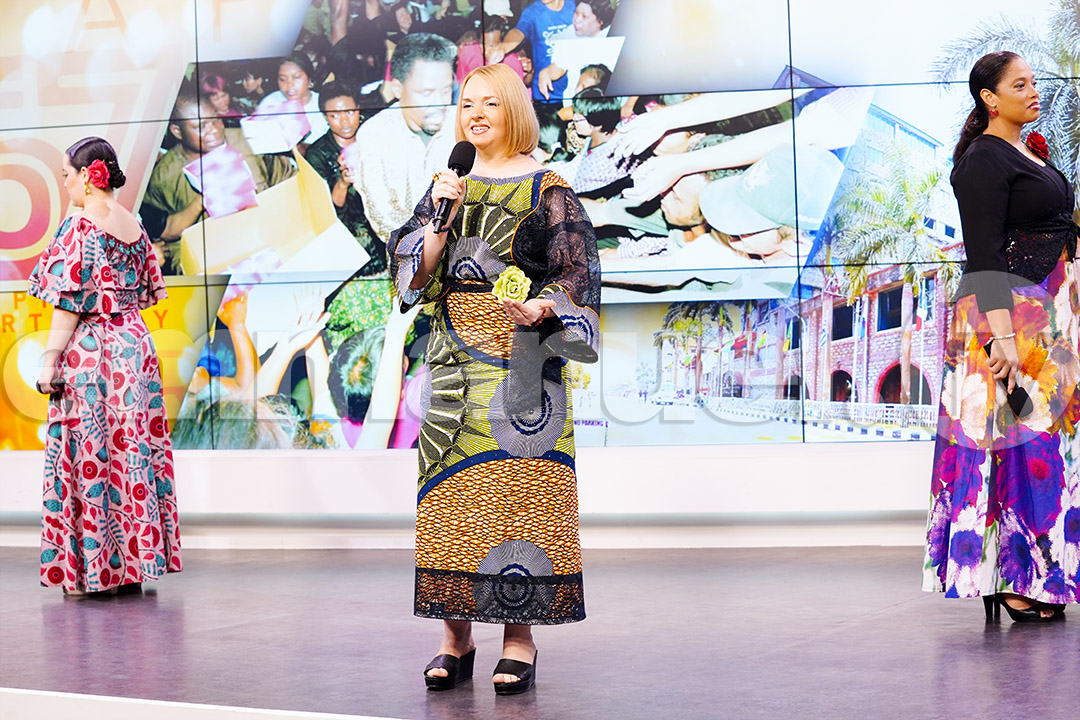 In all of the tributes, it was clear that the ultimate glory belongs to God Almighty, who has seen His servant through painful trials and tribulations. 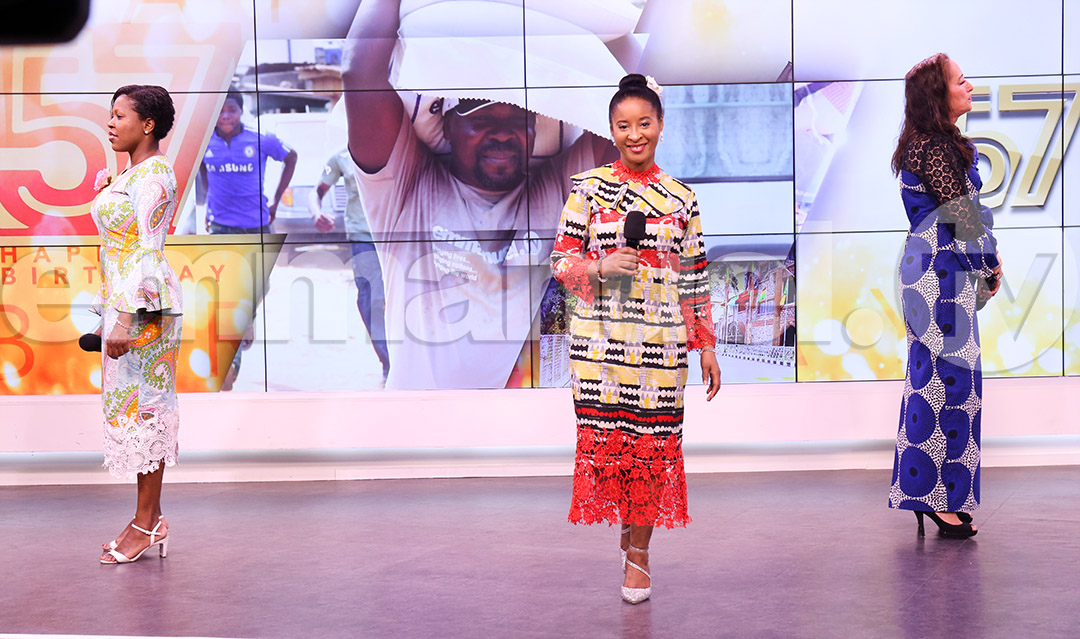 In words that will outlive him and coming generations, Prophet T.B. Joshua has taught the world: “The beauty of life does not depend on how happy you are but on how happy others can be because of you.”

During the studio session with Racine, Chris, Yinka, Anne and Angela, a number of email testimonies were shared alongside two video testimonies. 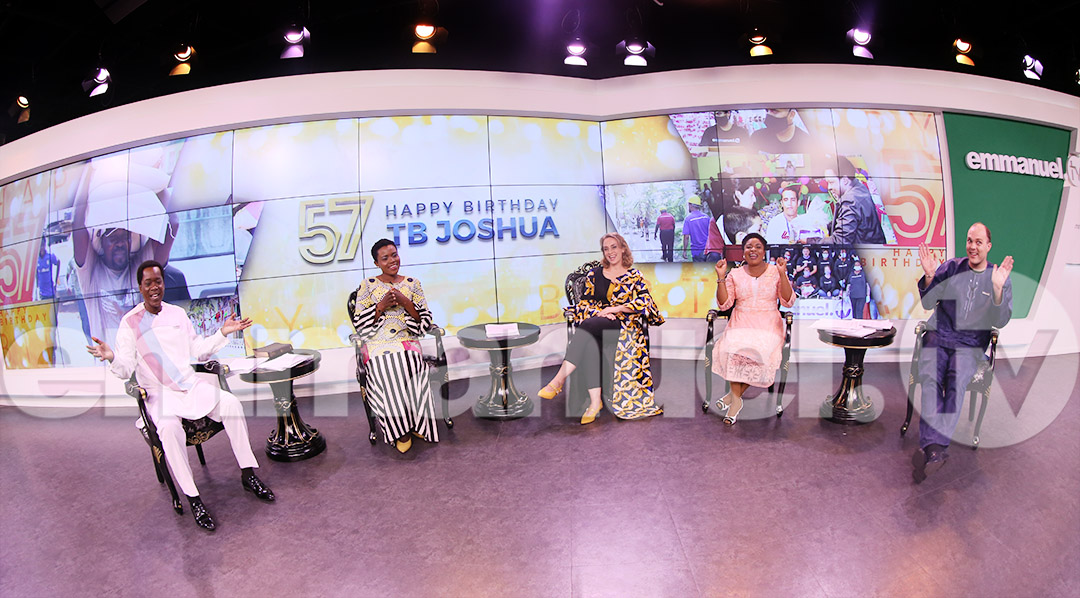 The first email testimony came from United Kingdom-based Benedict, who had recovered from COVID-19 after sending a prayer request to Emmanuel TV. For four weeks he had been on a ventilator, having lost the power to breathe on his own, his body knocked prostrate by the virus. From the moment he sent the request he had begun to feel better, first getting off the ventilator and subsequently regaining enough strength to be discharged. Similarly, Henry emailed his testimony from the USA, narrating how he had recovered from COVID-19 after receiving prayers on the Emmanuel TV prayer line. 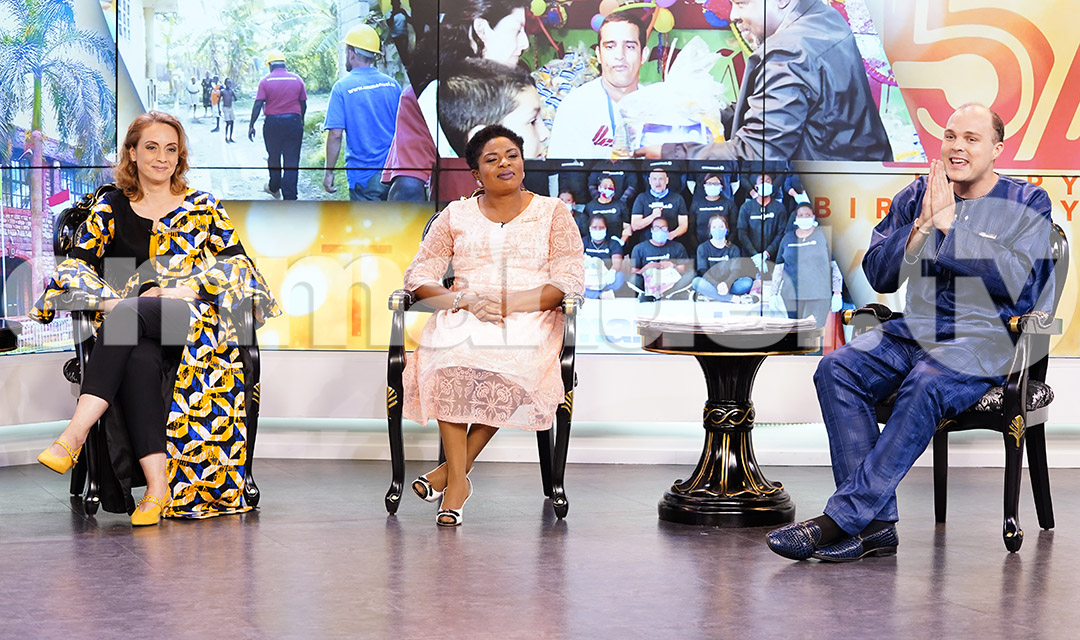 From France, Patricia also testified via email. “In one month,” she reported, “I lost 4 kgs to COVID-19.” Though weak, Patricia managed to exercise her muscles by walking and using the lemon water therapy recommended by Prophet T.B. Joshua. She also kept praying along with the prophet. In no time, her body healed and another test declared her free from the virus. In an excited tone, she announced: “Happiness and joy are back in my home.”

Like Patricia, Helen also had a reason to testify. The US-based woman had been having miscarriages as she tried for a second child. Once she ministered the Morning Water, however, Helen had a dream in which Prophet T.B. Joshua assured her that she would soon fall pregnant. And just a few weeks down the line, Helen again became pregnant. Unlike the case with her first child, this time Helen had her baby naturally – without a Caesarian Section – and without any complications. Helen’s second testimony had to do with COVID-19. By the time her baby was two months old and her first child was three, Helen’s husband and her mother contracted coronavirus. Not giving into fear and panic, the family ministered the Morning Water, used the hot lemon water therapy and persistently prayed along with Prophet T.B. Joshua. Not only did Helen’s mother and her husband recover from the virus, but Helen herself and her kids remained untouched by the disease! 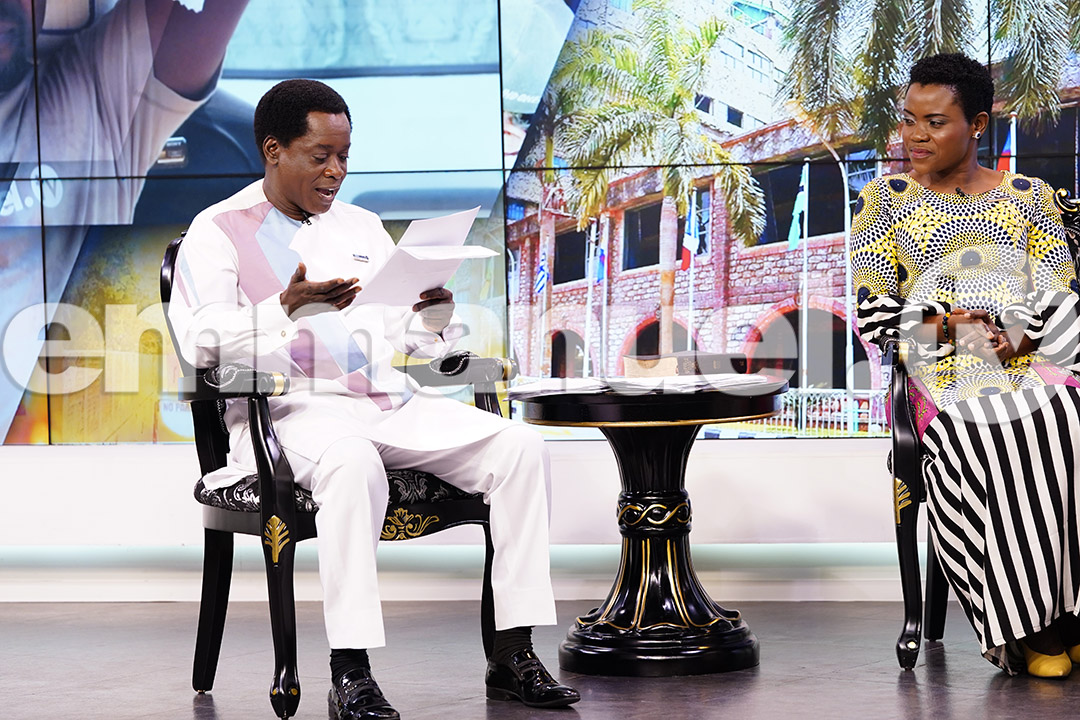 On her part, Patricia, who has been resident in Italy for the past 20 years, testified about her husband’s healing from COVID-19. As his symptoms grew in intensity, his temperature rose as high as 40 degrees, as the emergency team discovered when they came to pick him up. Patricia, who said she has been an Emmanuel TV fan since 2011, said she did nothing else but place her husband’s picture on the screen as she prayed along with the prophet. In the end, her husband recovered from the virus and she and her children remained uninfected. She ended by saying, “It is God’s power that is upon us.”

On Kent’s part, he was rather surprised to have been detected as an asymptomatic coronavirus patient. He had been tested only because he was moving to another department in his organisation. Refusing to panic, Kent asked his family to pray for him and he himself began praying along with Prophet T.B. Joshua via YouTube videos. On one occasion, Kent found himself dashing into the rest room as he began to retch until he vomited the poisonous substances in his system. Afterwards, Kent got tested again and he was confirmed negative for COVID-19. 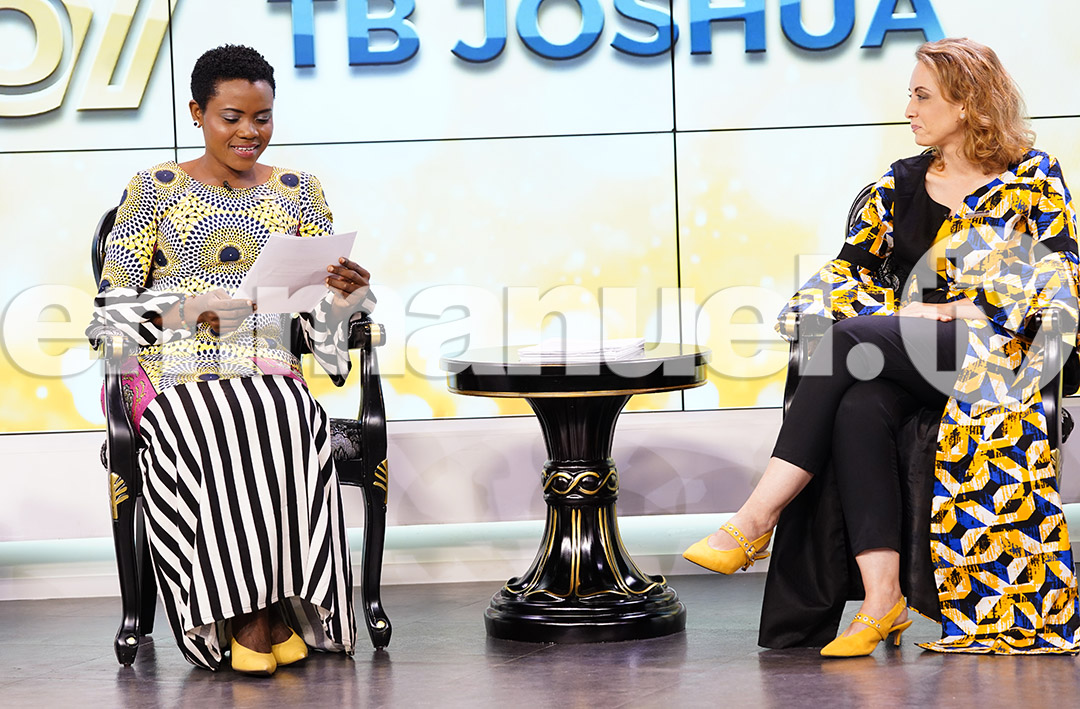 Boni, a healthcare worker from Cape Town, South Africa, also testified about his COVID-19 experience. After being confirmed positive, Boni went into isolation. As other healthcare workers treated him, they found that he had a blood clot. It was in this condition that Boni’s boss advised him to pray along with Prophet T.B. Joshua. Boni did as advised and 36 hours later he tested negative for COVID-19. “I am back to work now,” he announced. 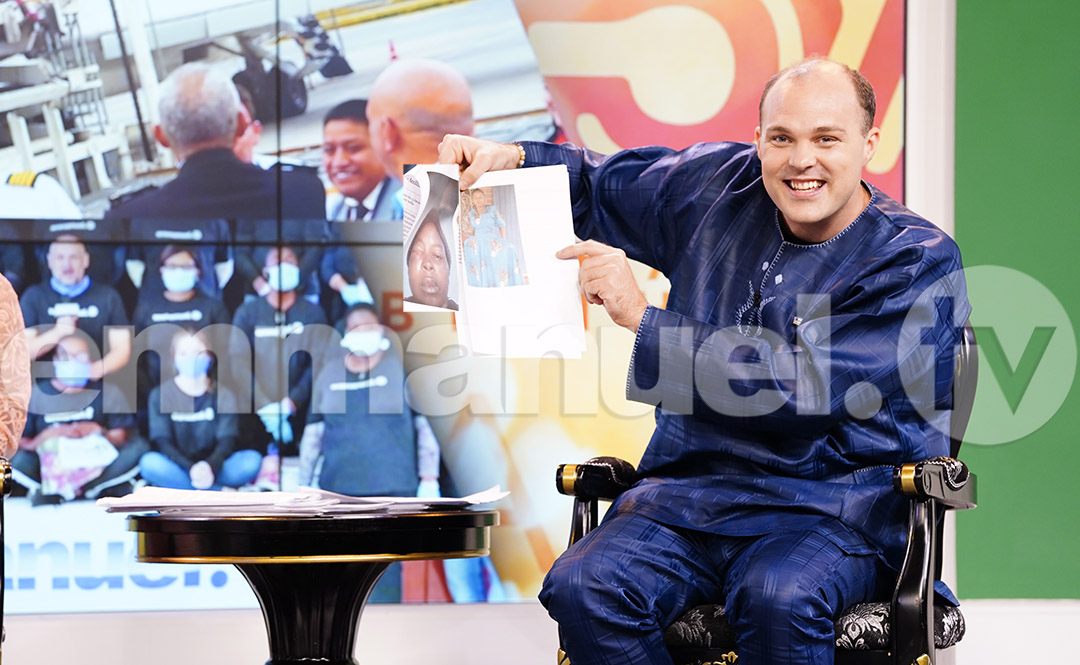 The last email testimony came from Accillia, a Zimbabwean mother of two. In February 2020, Accillia’s face started to swell. At one point, her right eye got covered up by the swelling. Tears were streaming down her eyes and her nostrils dripped with water. Needless to say, the condition made it difficult for her to sleep. She reached out to a friend in New Zeland, who promptly sent a prayer request to The SCOAN. Soon after, Accillia’s pain began to subside as the tears dried up and her nostrils stopped dripping. “Thank you, SCOAN, for kneeling down before God on my behalf,” she wrote.

For the video testimonies, Henry Doctor shared his case first. The Malawian World Health Organisation official, who is based in Cairo, Egypt, told of how he had been seeking promotion to the next level for the last five years. Even though he had been interviewed twice for the grade level, the best he got was a chance to be placed on the waiting list for the next available slot. Recently, however, Henry intensified his request with more praying and fasting. On 16 March 2020, Henry had taken a competency-based test and attended an oral interview a month later. And on 17 May 2020, just a day before his birthday, Henry received the answer to his prayer: He had been elevated to the next grade, as Regional Advisor. “Do not lose hope. God is always there. There is always a time for everything,” he encouraged viewers. Racine added, “No one is hopeless whose hope is in the Lord Jesus Christ.”

The second video testimony came from Talent Hlerema, a Zimbabwean, who testified alongside his aptly named wife Patience. Until 2012, when he visited The SCOAN and received an anointed touch from Prophet T.B. Joshua, Talent had been a perpetual drunk and wife beater. Sometimes he would even kick her out of the house in the middle of the night, after manhandling her in front of their children. According to Talent, he could finish as many as 24 bottles of beer in one sitting. His grandparents had used to appease spiritual mediums with beer, much of which found its way into human throats, including Talent’s. Before Talent visited The SCOAN, “a Good Samaritan” had introduced him to Emmanuel TV. After that touch in 2012, he said, “It was as if I’d never drunk beer at all.” Talent has remained sober ever since and, according to his wife, “God gave me a brand new husband, even much better than the one I had met before I knew Emmanuel TV.” On his part, Talent proclaimed, “I will never forget light after coming out of that darkness!” 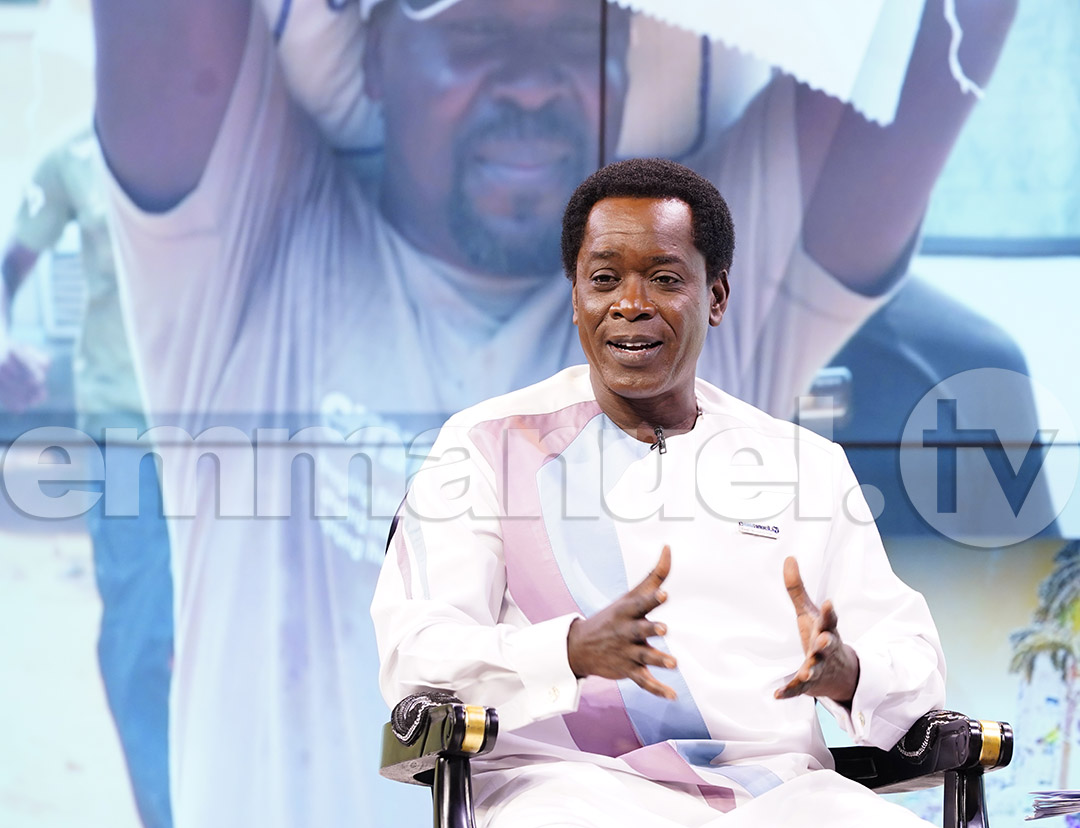 In his partnership message, Racine stressed love as the essence of godly living, which consists in making the experience of living more fulfilling for the needy and helpless. He said that “what makes us human is not our ability to think but our ability to love!” As such, a Christian who truly loves God “must be concerned about the just treatment of his neighbour and of others,” for “God’s people are to be known for their solicitude for those whose social and economic position exposes them to exploitation and oppression.” He therefore urged people to give as “as an act of worship to God” that equally inspires “other people’s faith and thanksgiving.”