THE ROAD TO RECOVERY - The Synagogue, Church Of All Nations - SCOAN - Prophet T.B. Joshua (General Overseer) Skip to content 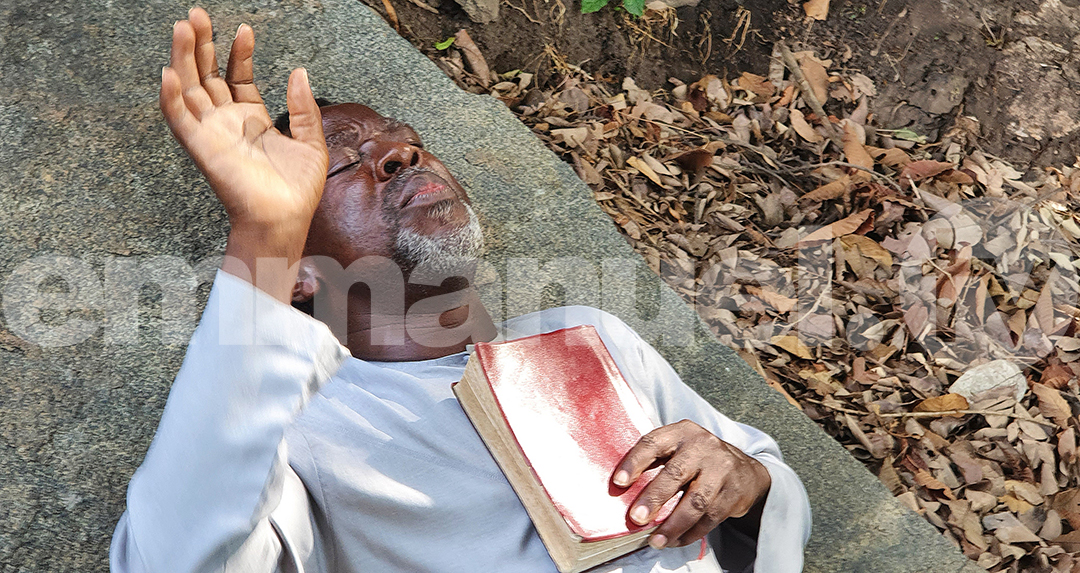 Starting with the worship song composed by Prophet T.B. Joshua, “With All My Heart”, the Emmanuel TV Choir entered God’s presence to encourage viewers to lay down their burdens at the Lord’s feet. They also performed other songs by the man of God, such as “Spirit Of The Living God”, “Free Access”, “Hallelujah” and “Who Is Like My Jesus”.

On the last day of May 2020, ministers Yinka, Ann, Angela, Chris and Racine had another impactful studio session during The SCOAN Live Sunday Broadcast. They began with words of exhortation from T.B. Joshua, who had responded to an e-mail question from an Emmanuel TV viewer about general disobedience to government directives on maintaining social distance and wearing face masks during the coronavirus pandemic. While providing video evidence showing that some people in Europe and the USA had crowded together on beaches after the ease of outing restrictions, i.e., the lockdown, the writer wondered why it had now become easy for people to disobey the law. Troubled about what might have come over usually law-abiding people, he asked: “How do we recover what COVID-19 has cost us?”

Angela therefore encouraged both the authorities and the people to play their part in rebuilding trust and loyalty for the collective good. “The people are the economy and the economy is the people,” she said, and a negative attitude “can lead to sin if it draws you away from God” after causing “scepticism, cynicism and hard-heartedness.” Taking over, Yinka looked at the need to break down the boundary of doubt and to look beyond claims on the origin and nature of the virus. She urged viewers to focus less on the divisive issue of conspiracy theories and to unite in fighting the pandemic. A divided house, she said, cannot stand to face the economy (Luke 11:17).

In his message for partners, Racine cited Matthew 25:40 and urged viewers to adopt the principle of giving only for God’s sake, not in the hope of receiving earthly reward, for “No amount of reward from man is enough for a gift from your heart.” Stating the need for partners to serve God in their areas of strength, Racine observed that “it is a privilege to be in a position to give” as a “father to the fatherless, companion to the lonely and benefactor to those in need.”

As usual, the ministers read some of the e-mail testimonies from viewers all over the world. They began with the video testimony of a Colombian who had battled asthma all his life. Not wanting to be dependent forever on inhalers, the testifier had chosen to start building up his faith by watching Emmanuel TV. By his own confession, he used to doubt God’s anointing on God’s servant in The Synagogue until the Lord touched his heart. And so it happened that the Lord manifested His power as the Colombian prayed along with Prophet T.B. Joshua during the prophet’s time on the mountain around the start of the worldwide coronavirus lockdown. For weeks since that act of faith, the testifer has had no need for his inhalers and now he can walk long distances without running out of breath. Besides, God also healed him of the symptoms of COVID-19. “Now my lungs are like those of a child,” he said. “Don’t doubt your faith; doubt your doubts,” Chris advised viewers. Prophet T.B. Joshua’s prayers are not time-bound, Chris reminded viewers.

The second testimony had to do with farming sucess, as shared by Sithole from South Africa. Sithole and his family had planted sweet maize and other crops months ago, in line with Prophet T.B. Joshua’s advice for nations to invest in agriculture. By April, the crops were harvested but there were no buyers in sight due to the lockdown. After fretting awhile, Sithole realised he had the Morning Water. Two days after ministering the water on his farm and produce, customers began to flock Sithole’s farm and two weeks later, everything was sold out! As further demand poured in, he began to refer buyers to other farmers in his community and, to the glory of God, none of these farmers suffered loss! “Glory be to God, who was, who is and who is to come!” Sithole declared.

On Sunday, January 11, 2020 a female testifier had been at The SCOAN and had attended the next day’s Living Water Service. As at that time, the woman in question had been experiencing ceased menstruation for six months. On returning home, she began to see her menses again. Even more delightful is the news that she is now pregnant with twins! She thanked God for using Prophet T.B. Joshua to give her family a wonderful testimony.

On COVID-19, Rose wrote in from South Africa to glorify God for healing her after she prayed along with the prophet. No longer in quarantine, and with her final test result attached to the mail, Rose stated: “I will like to give all the glory and honour to God.” From Argentina, Sofia wrote in on behalf of a friend in Chile who had come down with a severe form of COVID-19. Using a phone picture of this friend taken before his hospitalisation as a point of contact, Sofia prayed along with Prophet T.B. Joshua during the Prayer Mountain session. “With my little faith,” Sofia said, this friend soon recovered – to doctors’ amazement. “Believing is your connection,” Anne commented.

Ricardo wrote in from South Africa, telling about how his aunt had been rushed into intensive care once doctors confirmed COVID-19 was responsible for her inability to breathe normally. From May 17, Ricardo reported, the family kept praying along with Prophet T.B. Joshua. Today, the woman has returned home perfectly healed. “Who can justly do this?” Racine asked. “None other than Jesus!” the other ministers chorused.

Cyprian also wrote in from South Africa regarding family friend Monica, who lives in the USA. Monica had gone into intensive care for a day after suffering severe symptoms of COVID-19. In faith, Cyprian had sent a prayer request to Emmanuel TV. Two days later, Cyprian was glad to get news from Monica about her full recovery. He disclosed in the mail, “Now she has resumed her normal activities.” Also from South Africa, another Monica testified about her sister, Margaret, a healthcare worker in Cape Town who had collapsed on duty the previous week. After sending a prayer request to Emmanuel TV, Monica was glad to see her sister recover from the virus. She thanked God’s servant for praying not only for health workers but also her own family.

And from London, Elilita wrote about her healing from COVID-19, which she had contracted sometime in March. For two weeks her entire system was ravaged by the virus and she became incapacitated, until she started praying along with Prophet T.B. Joshua. During one of the prayer sessions, she vomited blood and mucus as a sign of her healing. God also kept her husband free from the virus.

As these testimonies show, distance is no barrier to the move of the Holy Spirit and faith is our connection to God’s unfailing power. You too shall soon testify, in Jesus’ name!