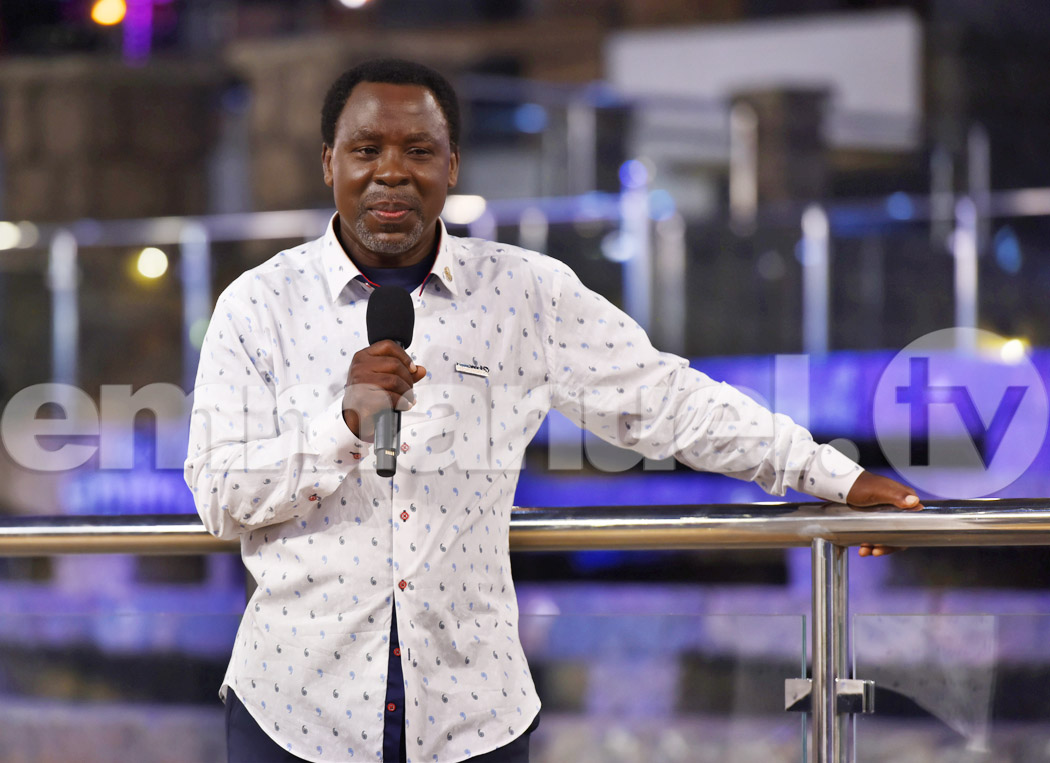 Almost throughout the worship session, The SCOAN Choir sustained a mellow note. Through a song composed by Prophet T.B. Joshua, they called for mercy from the Son of David, who alone makes a way for the penitent and devoted. Then they besought the Holy Spirit: “Take more of me and Give me more of You.”

One day our sins will find us out, Prophet Chris seemed to say in his message titled “FINDING TRUTH IN A FAKE GENERATION”. The proof text was Acts 19:13-16, the passage in which seven sons of Sceva met their spiritual Waterloo at the hands of a demon who publicly ‘called them out’, to borrow the language of social media, which itself Prophet Chris identified as the source of much modern-day misinformation and malign messaging. The preacher also read from John 8:32, Matthew 26:40and Matthew 22:14. Quoting Prophet T.B. Joshua, “To become God’s person, you must follow His process”, he cautioned congregants against seeking the shortcut to spiritual or material success and against focusing on physical appearance rather than spiritual reality. Prophet Chris said, “The problem is that our generation today are too impatient to go through the process, which is why we seem to prefer fake over real.”

Prophet Chris gave a series of powerful examples and illustrations to back up his message – from the contexts of interpersonal relations, politics, business and even the church. In all, he showed clearly that those led by the flesh tend to fall for fake things while those led by the Spirit always survive the battles of life.  He therefore advised worshippers to depend on God alone and to arm themselves with the armour of truth. In his words, “You can fight fake and defeat fake but you cannot fight truth and win. God is the only One who can expose fake. Satan is fake; he cannot expose himself.” As he closed his sermon, Prophet Chris repeated the warning about ‘one day’: “Stop fighting the truth, because truth does not lose the battle. I mean, God does not lose the battle. Whoever you are, whatever your status or stature is in society, remember that one day you too will face the test of legitimacy.”

After the sermon, it was a time for God’s Spirit to move mightily in the midst of the people as God’s servants Angela, Anne, Yinka, Racine and Chris ministered healing and deliverance to congregants, hundreds of whom vomited the evil deposits in their system just as negative spirits fled from the lives of many.

AN END TO 16 YEARS OF DIFFICULTY IN WALKING

NO LONGER A BURDEN TO HER FAMILY AS RHEUMATOID ARTHRITIS VANISHES

28 YEARS OF PAIN ENDS IN AN INSTANT!

To Mrs Eseh Charles, it had seemed as if blood was not flowing to her right leg. Why had she felt so? Because for the last 28 years the leg had been a source of constant pain and concern. Mrs Charles, the wife of a reverend, had all the while believed in God’s capacity to heal her. To this end, she and her husband had been subjecting themselves to spiritual exercises as a way of getting God’s attention. Two Mondays ago, during The SCOAN Living Water Service, God located Eseh in a mighty way as the evil spirit in her manifested, causing her to thrash about on the Mountain of Prayer. Given that Eseh had limped in pain towards the Altar just a few minutes earlier, it was indeed clear that only the Spirit of God could have given her the level of energy that was now surging through her body.

Over a year ago, Ghanaian Mrs Angela Tawiah had been sleeping one night when she suddenly felt a burning sensation in her eyes. Since then, she had been experiencing even more severe problems with her eyesight, which had been poor for over 20 years. Doctors gave her medicated glasses which she used all the time, even while in the kitchen. At some point, her doctors had suspected she was becoming rather frantic over her condition. A fortnight ago, however, she attended The SCOAN Living Water Service. As she moved towards the Mountain of Prayer, something seemed to pull her back.

PEPTIC ULCER AND PILES NOW THINGS OF THE PAST

HEALED OF DEGENERATION OF RIGHT-ARM TENDON