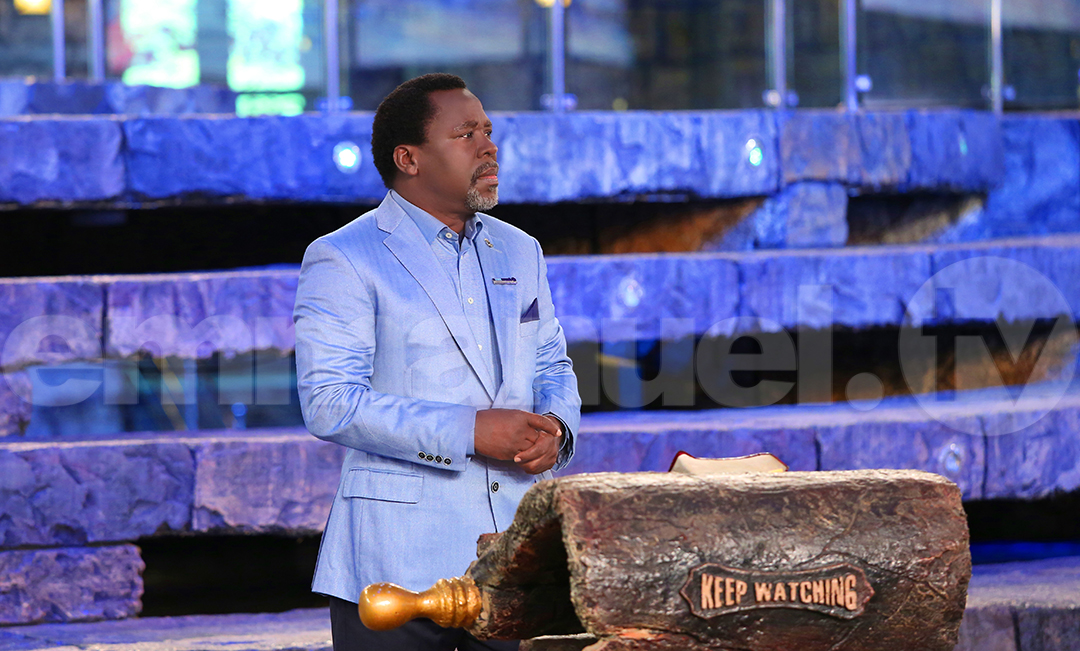 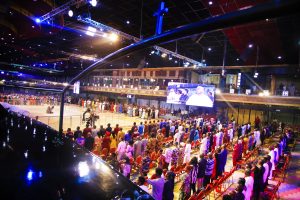 “You are Alpha and Omega. We worship You, our Lord. We give You all the glory. You are worthy to be praised,” The SCOAN Choir began on the morning of ‘The Nazareth Meeting’. As the congregation gathered at The Arena of Liberty to worship Yahweh, thousands of miles away, in Jesus’ birthplace of Nazareth, the man of God, Prophet T.B. Joshua and his team were preparing to feed the flock with the ‘bread of Heaven’. After the worship and praise session, congregants had another opportunity to listen to faith-building testimonies.

FREED FROM 29-YEAR YOKE OF SLEEP APNEA AND HEARING LOSS 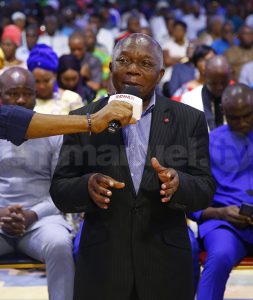 His excitement was visible – and it was understandable. For 29 of his 60 years on earth, Mr Sebastien Mayoboke, a Congo DR national living in Canada, nothing could have been more heartwarming than the fact that he could now hear without electronic aids and sleep without a breathing machine. His condition had made it difficult for him to lead a normal life; most times he stayed back home, as he had problems relating with people. Having run out of medical options, and having seen signs of God’s awesomeness on Emmanuel TV, he had sought divine healing at The SCOAN two Sundays ago. “Receive life in the name of Jesus Christ. Be healed in the name of Jesus Christ!” Prophet Racine had prayed for him. A few minutes later, he stood up glorifying God as he threw away his hearing aids, having first thrown off his breathing gear. He said he now sleeps like a baby and can hear clearly without the aids. Concluding his testimony on Sunday, Mr Mayoboke urged people to go straight to God and receive their healing from Jesus Christ. 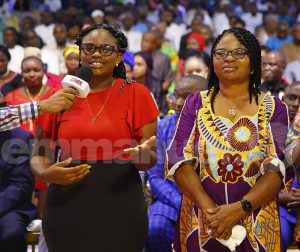 “I’m her husband. I won’t let her go; she is mine!” so screamed the demon that had been tormenting the life of Miss Favour Asaka for the past 19 years. Unable to withstand God’s anointing on His servant, Prophet Racine the evil spirit had cried out during the deliverance session of the young Nigerian woman. When Favour crossed infancy into childhood, it had been normal for her to wet the bed occasionally. However, her parents began to panic when she had continued to wet the bed as she made it into her teens and early adulthood. They took her to various places, praying and fasting for a divine solution to the reproach in their daughter’s life. God’s time being the best, however, their prayers appeared to have been unanswered, yet God was directing their steps. “When I was in school, I was treated differently from other students,” Miss Asaka told the church as she explained how bedwetting had made her life miserable, making it difficult for her to socialise. Two weeks ago, to the glory of God, Miss Asaka came to The SCOAN in company of her family. As the prophet laid hands on her in the mighty name of Jesus, the spirit in her panicked and fled after exposing itself. Since her deliverance, Miss Asaka testified last Sunday, “I have not wet the bed; I have not seen any strange man in my dream, coming to have sex with me.” Thanking God for her daughter’s deliverance, Mrs Asaka gave further instances of the shame and disgrace that her child suffered because of bedwetting. Happy that her child no longer has a reason not to want to go to university, Mrs Asaka advised parents to seek only divine solutions to their children’s problems. “Just trust God; His time is the best,” Miss Asaka said in a shaking voice as tears trickled down her face. 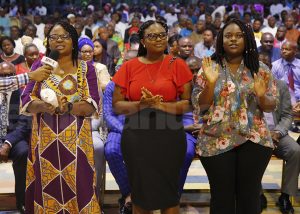 FOR THE MALUNGANES, IT’S A RAIN OF HEALING AND BLESSINGS 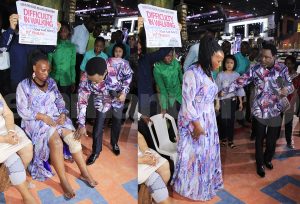 For Mrs Tshameleni Malungane, a 47-year-old South African communications officer, painkillers and anti-inflammatory tablets had been daily companions, following an accident that led to degenerative disease and osteoarthritis. For nine years, she suffered severe difficulty in walking and had to rely on a knee brace for limited movement. Owing to terrible hip and back pains, she could not do her house chores or drive to her clients’. Having had a first operation, Mrs Malungane was already bracing herself for another one when her husband suggested that she seek God’s face at The SCOAN. In faith, she visited The Arena of Liberty last year and God indeed visited her. After prayers by Prophet T.B. Joshua, Mrs Malungane stood up and walked freely for the first time in a long while. Returning home, she took The New Morning Water with her and started ministering it on her son who had asthma and eczema. Not only did Mrs Malungane receive strength in her legs, her son also received healing from asthma and eczema just as the family has also prospered since then. “Now,” she said during her testimony on Sunday, “I can drive for plus or minus six hours to my village, without any help.” She said her son’s eyes no longer redden and he no longer itches after playing football. “I no longer hear voices in my dream,” her son said. Mrs Malungane advised people to see God as the Master of impossibilities. 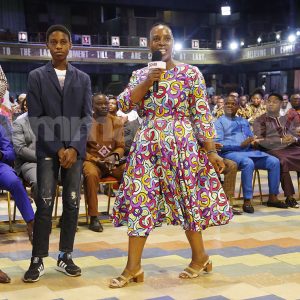 “I believe God will set me free today,” Sri Lankan businessperson and evangelist Mr Bernard Srikanth had declared as he sat expectantly before receiving prayers two weeks ago at The SCOAN. He had been suffering difficulty in walking due to a knee ailment. He also had dislocation and fracture of the shoulder, as well as gastritis and evil attacks. For the past two years, Mr Srikanth had had to rely on knee supports and found it hard climbing staircases, even though his work as an evangelist meant he had to be on his feet praying for hundreds of people. Advised to lose weight by his doctors, Mr Srikanth did so, but he failed to feel any relief. His shoulder fracture had occurred when an evil wind flung him against the toilet wall as he tried to use the facility. With his pain increasing, Mr Srikanth made his way to The Arena of Liberty, where he received prayers in the mighty name of Jesus. The following day, during The Living Water Service, he drank of the altar water and received healing for his gastritis and leg swelling. Testifying on Sunday, Mr Srikanth rotated his left arm and ran across the aisle to show his perfect healing. He advised people to realise that God’s time is the best. 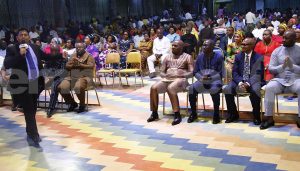 Following the testimonies, congregants were reminded again about The Nazareth Meeting and blessed with the Let Love Lead and Good Morning stickers. They were also encouraged to realise that distance is no barrier to the move of the Holy Spirit and to follow The Nazareth Meeting live on Emmanuel TV.