FILL YOUR PRAYER WITH SCRIPTURE - The Synagogue, Church Of All Nations - SCOAN - Prophet T.B. Joshua (General Overseer) Skip to content

The Spirit of the Lord came into the midst of the congregation to minister healing, deliverance, blessings and salvation as The SCOAN Choir worshipped the Lord through its rich repertoire of anointed songs. As satan’s captives secured their freedom in the mighty name of Jesus, they also received the grace to enter into a new dawn.

Prophet Racine opened the altar by urging the church to KNOW GOD BETTER. Reading from John 4:21-24, 1 Corinthians 2:14 and Daniel 11:32, he taught that we cannot know God using mere human intellect, that knowing God means knowing Him in Spirit and that true Christians must not only know God but also show their God as they mirror Jesus in doing good. In closing his sermon, Racine noted: “When you know God’s opinion about your life you will worry no more, you will fear no more because God has spoken”.

As the hearts of the congregation reflected on this message, Prophet T.B. Joshua came to the altar to direct them further as he encouraged them to FILL YOUR PRAYER WITH SCRIPTURE. The prophet explained that the language of prayer is in the Word of God – the Bible. Being our contact with Heaven, he said, the Bible is the voice of God and we should not read it like Literature, History, Biology or any other subject designed by humans. More importantly, he added, to get the best out of reading the Bible, we have to let go of unforgiveness, pain of the past, bad feelings towards others and bitterness, among others. To let go of these would mean gaining a free spirit. And having gained a free spirit, we would then be able to command Heaven as we effectively fill our prayer with Scripture. In the prophet’s words, “To use Scripture in prayer is to take God at His Word. When you fill your prayer with Scripture, you are in line with God.”

Stepping into the congregation, Prophet T.B. Joshua, at the instruction of the Holy Spirit, began to stretch forth his hand to those afflicted with various sicknesses and afflictions and Jesus set them free! The deaf heard, the lame walked and testimonies poured in from the four corners of the world. Truly, distance is not a barrier to the move of God!

LOOSED FROM THE CHAINS OF SPONDYLOSIS 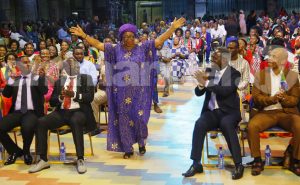 Three years ago, Mrs Eno Mandu, a Nigerian from Akwa Ibom was diagnosed with cervical and lumbar spondylosis. For her, this meant having a stiff neck and not being able to use her hands effectively. She equally suffered osteoarthritis of both knees. Doctors gave her a neck collar, knee braces and support for her left wrist yet none of these eased her pain. No longer able to take the suffering, she visited The SCOAN after discovering Emmanuel TV. Just a touch from Heaven through Prophet T.B. Joshua last week permanently ended her dependence on her neck collar, knee braces and wrist support. She radiated joy and energy as she demonstrated her healing to the congregation, advising people to turn to God when facing challenges.

HEALED OF A CRIPPLING PELVIC INJURY 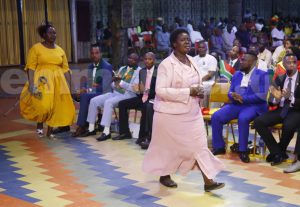 “Now that I am here, I believe, the Lord is going to heal me forever.” Those were the words of Mrs Angeline Magamura, a 58-year-old Zimbabwean who visited the arena of liberty a week ago in search of healing from severe pain and difficulty in walking due to pelvic injuries sustained 10 years prior. Tired of ingesting tablets and depending on her lumbar corset and crutch, she sought God’s help. “One day,” she had told herself after watching series of miracles on Emmanuel TV, “I will also give a testimony”. And true to her faith, she received her healing as Prophet T.B. Joshua stretched forth his hand in prayer in the mighty name of Jesus. She dropped her crutch and lumbar corset, declaring she no longer needed them. According to her daughter Juliet, Mrs Magamura is now totally healed and both mother and daughter advised people to trust in God’s power. 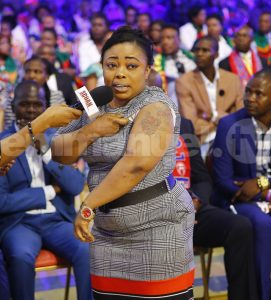 Seeds of destruction, lust and rebellion were planted in the life of Miss Francis at the age of six when a female neighbour systematically began to molest her. After turning 12 she ran away with her abuser who promptly initiated her fully into lesbianism via a dream. To ‘proclaim’ her a bona fide member of the ‘club’, Miss Francis’ abuser took her to get a tattoo on her left upper arm – a mark of identification to other initiates. As her life became filled with sexual encounters with dozens of women, she found herself unable to make progress in any area of her life and was hated by others. Deeply disturbed, she sought divine deliverance at the arena of liberty two weeks ago, having discovered Emmanuel TV at a hotel where she had lodged with other girls. With just a touch from the man of God at The SCOAN, the evil spirit in her confessed the havoc it had wreaked in her life before being cast out, in the mighty name of Jesus. As she testified on Sunday, Miss Francis glowed in a new light and declared the restoration of her natural affection. She advised young people to obey their parents and to seek God’s help at a living church.

MY NEWBORN BABY WAS SAVED TO SAVE OTHERS! – NGO BORN AFTER CHILDBIRTH 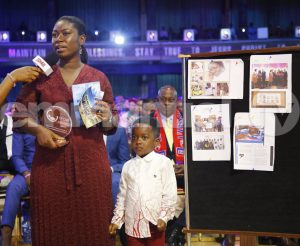 Ms Selina Bentoom, a Ghanaian faced a succession of challenges. Unhappy with those limiting her career, she found herself holding offence and when she became pregnant, a spiritual husband tried to kill her and her then six-month-old foetus. As the baby came out prematurely via a Caesarian section, he was placed in an incubator. The prognosis was grim – doctors determined the baby would be incubated for at least three months and she

was unable to produce breast milk for him. Ms Bentoom began ministering the Morning Water she had received from The SCOAN on her newborn baby and, within a week, the testimony occurred. Both mother and child were discharged from the hospital without any complications. Inspired through the way God had delivered her young family, she put in motion the foundation for a new charitable organisation that would care for African newborns with health issues, as well as their mothers. So far, the organisation has reached out to 300,000 children and parents through 14 separate projects.

Appearing live and direct in The SCOAN this Sunday, she further testified that after placing the Good Morning Sticker on her pillow as she slept, she had a dream in which she triumphed at an international competition. God was indeed showing His hand in her life, as she had contested in real life for an elective position among NGOs in Germany – and succeeded. At the event in Germany, the 31-year-old Ms Bentoom received a prize for her work in Africa which she had thought had been unnoticed all these years. Glowing with the goodness of the Lord, she advised people not to lose hope and to stay connected to Christ.

SPIRIT OF AFFLICTION CAST OUT OF ‘UNOFFICIAL’ PRAYER WARRIOR 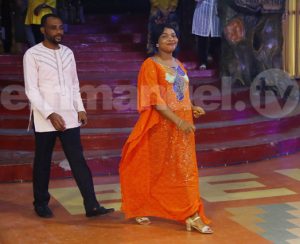 Although not a prophetess or prayer warrior, 41-year-old Mrs Marian Eze had in February 2019 dared to accompany a group of people to pray for a sick woman. When she returned home, she suffered an attack which rendered her virtually immobile – and she became like the woman they had gone to pray for. Unable to help herself, Mrs Eze had to rely on her husband’s care. Believing in the divine anointing flowing on the altar of the arena of liberty, Mr Eze brought his wife to church two Sundays ago. After prayer by Prophet T.B. Joshua, Mrs Eze stood up and walked again! As she testified in church last Sunday, it was clear that Mrs Eze was joyful and grateful for her healing. And having learnt her lesson, she advised people not to pray for people without being anointed to do so. Delighted to have his wife back in good health, Mr Eze sternly warned people not to follow where God has not led you.

A BARREN WOMAN BLESSED WITH TWINS

“I am the Hannah of our time!” So declared Mrs Oloye Akpos  during her testimony last Sunday. Many months ago, she and her husband had come to The SCOAN in search of a child. There, words of prophecy had located her as Prophet T.B. Joshua prayed and prophesied to the congregation. He told

her that she was in her second marriage and that she was seeking the fruit of the womb. On that occasion, like last Sunday, Mrs Akpos had been at The SCOAN with her loving, God-fearing husband. During her long and engaging testimony, she told of how much rejection, dejection and depression she had faced as fellow women mocked her for her infertility. She had even suggested that her husband have a child by another woman. He eventually brought her to the arena of liberty after watching Emmanuel TV and after Prophet TB Joshua had appeared to her in a dream telling her she would have a set of twins. To cut the long story short, today Mrs Akpos is heavily pregnant with a set of twins! Beaming with joy, Mr and Mrs Akpos advised all to believe in God no matter their situation.

Last Sunday was indeed a historic day as the Heavens opened upon the children of God. A million thanks are not enough for what Jesus Christ has done, is doing and is about to do in our lives. As we give thanks to God, let us stay connected to Jesus Christ for the best is always yet to come!