BE A GOOD REPORTER - The Synagogue, Church Of All Nations - SCOAN - Prophet T.B. Joshua (General Overseer) Skip to content 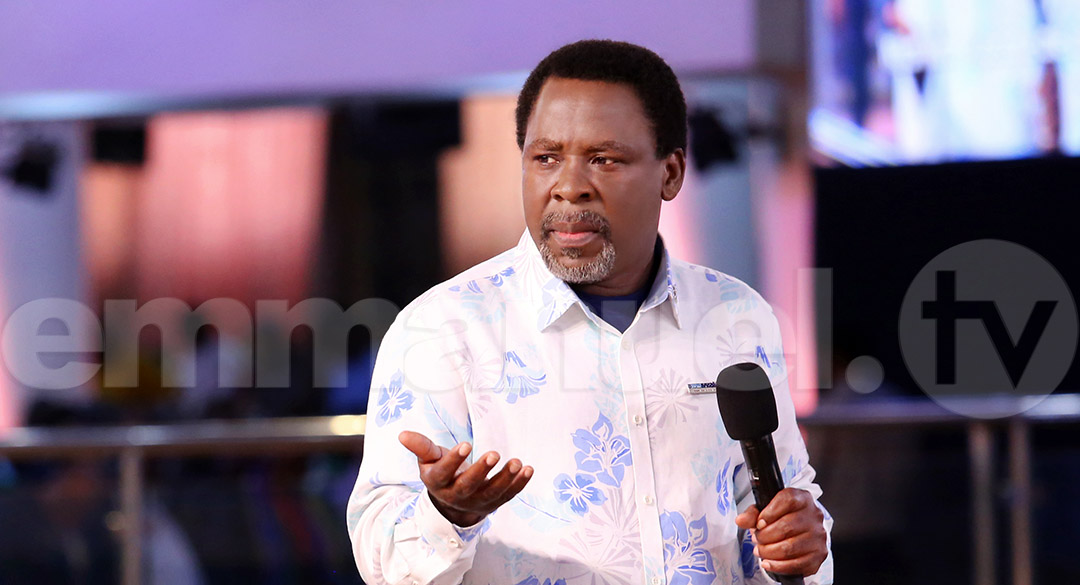 On Sunday, The SCOAN Choir continued marking the 13th anniversary of Emmanuel TV. On stage, and in the eyes of high-definition cameras, their yellow Emmanuel TV shirts glowed like a golden sun on the horizon. They sang many songs composed by Prophet T.B. Joshua to thank God for His favour upon the congregation as well as The SCOAN ministry and all workers in the Lord’s vineyard.

As he again glorified God for the vision which brought about Emmanuel TV, ‘the Good Reporter’, the man of God, Prophet T.B. Joshua reiterated the need for all to be faithful, principled team members who do only things that will advance God’s Kingdom as well as their own human organisations. He stressed the need for believers to report untoward behaviour first to God and then to hierarchy. After reading from Psalm 12:2: “Everyone lies to their neighbour; they flatter with their lips but harbour deception in their hearts”, Prophet T.B. Joshua spent time noting that being a good reporter will lead to “being conscious of whatever you say and whatever you do” as others would certainly ‘beam a satellite on you’. To succeed as a Christian and to fulfil destiny, the man of God stressed the fact that if Christians have a friend who is weak where they are weak, it is not a productive relationship – it is not a godly relationship. Ending his message, Prophet T.B. Joshua advised all to be ready to relate with people who can report them since we all need good people to help us build our careers and realise our divine destiny. 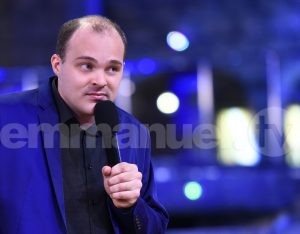 Chris titled his message ‘WELCOME THE HOLY SPIRIT’, drawing his references from 1 Corinthians 2:12-15, Ephesians 4:30-32, Romans 8:5-6 and 1 Corinthians 6:19-20. The kernel of the message was that the Holy Spirit can only inhabit a Christian who truly opens their heart to God by avoiding every form of spiritual pollutant, such as bitterness, pain of the past, as well as envy and jealousy. Expanding on the message, Chris discussed four ways in which Christians grieve the Holy Spirit: by displaying pride, by holding a grudge, by ignoring the Holy Spirit and by forcing Him to see and hear what is opposed to His will. Chris said that the benefit of making the Holy Spirit a permanent occupant of our heart is peace of heart which surpasses any material blessing.

HEALED OF WOMB LEAKAGE AND PROMOTED AFTER 10 YEARS 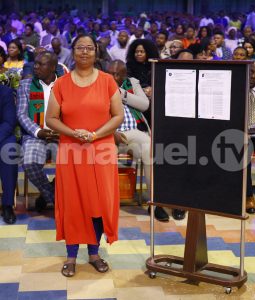 “The problem that brought me to The Synagogue, Church of All Nations was fluid coming out of my womb,” so disclosed Miss Durgadevi Narasimhan, an Indian. When she had 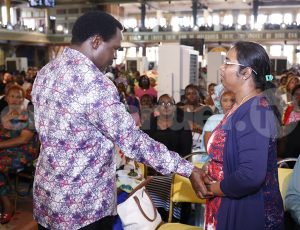 visited, man of God Prophet T.B. Joshua had assured her that God was in control of her situation. True to her faith, God had fulfilled His Word in her life. The fluid dried up and she no longer needed an operation. Yet, God had more in store for the staff nurse: Her 10-year career stagnation ended, as she received her promotion, in the mighty name of Jesus! An ardent viewer of Emmanuel TV, Miss Narasimhan advised people to pray and trust God always. 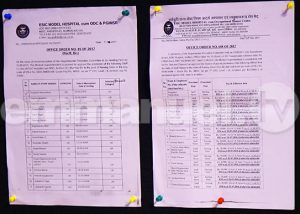 HEALED OF HEPATITIS B DURING VIEWERS’ PRAYER 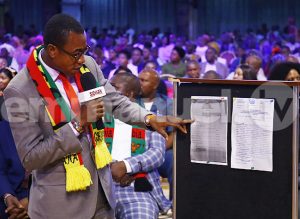 Seven years ago, 32-year-old Mr Mark Donwaazum was diagnosed with Hepatitis B. His urine was dark – and a cause for worry for the then 25-year-old. The prognosis was bad: Hepatitis B is very deadly, the doctors told him. Always weak as a result of the illness, the teacher found it hard to do his work effectively. Then, one day, he visited his sister and found the family watching Emmanuel TV. Thereafter, he made it a habit to watch 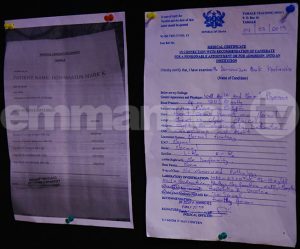 the channel, always praying along with Prophet T.B. Joshua. On the day the anointing flowed to Mr Donwaazum via the TV set on which screen he had placed his hand, he felt a popping sound in his chest. Baffled, he returned to his couch to ponder what had just happened. After some time, he decided to return to the hospital for a check-up. To his greatest surprise, his Hepatitis B affliction was gone for good! He advised people to stop doubting and to exercise faith as they pray along with Prophet T.B. Joshua on Emmanuel TV.

Indeed, Jesus Christ is the same yesterday, today and forever. What it takes for us to receive from Him is to exercise faith and to continue to do God’s will so that our blessings remain permanent, in the mighty name of Jesus.