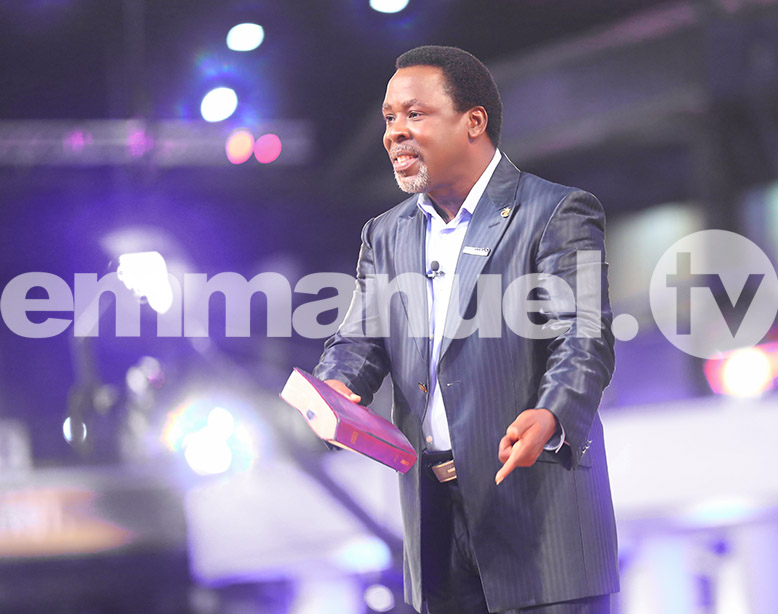 Joyful, moving melodies from The SCOAN Choir ushered the congregation into the presence of God. As they worshipped and praised, Jesus came onto the scene in a powerful demonstration of Word and power.

Prophet T.B. Joshua delivered a moving sermon titled: KNOWING JESUS, KNOWING THE HOLY SPIRIT. He cautioned the congregation, “You can read your New Testament and still never find Jesus in it. You can be a publisher of the Bible, you can know about Christ dying for you and still never know Jesus Christ in the power of the Holy Ghost.” He detailed that there had been “a great mix-up in the church,” stressing that, “It is the erroneous assumption that spiritual truths can be intellectually perceived. It has affected our preaching, praying, singing and activities”.

“It is perfectly plain,” he continued, “that the Spirit of God is the One who reveals God to us. Remember this: You only know Jesus as far as the Holy Spirit is pleased to reveal Him to you”. It is imperative, therefore that we be filled with the Spirit for, “The Spirit is the organ by which we apprehend divine things…If you are not filled by the Spirit, you cannot obey the written Word of God. If you don’t obey the Scriptures, you quench Him”. 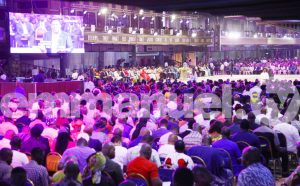 From these words, Prophet T.B. Joshua stepped into the arena of healing and deliverance. The power of God manifested mightily as those bound with various devices were released and relieved with a touch from God. Contrary spirits possessing and oppressing those in the congregation were revealed and cast out at the mention of the name, Jesus Christ. Instant testimonies rang out from the auditorium as the move of God swept through The SCOAN. Among those who testified were the following:

BEDWETTING AND CHAIN-SMOKING – A FAMILY DELIVERED

Almost 40 years of bedwetting had left Mrs Dorothy an isolated, fearful wife. “What if he finds out?” was a dreadful thought. Mornings were challenging and tedious as she woke early to clean and hide any shame from her unsuspecting husband while trying to get ready for the day at the same time. That all came to a sudden halt the day her brother sent her the Morning Water from The SCOAN. 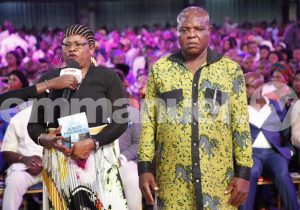 She ministered the Morning Water in prayer and then slept. That night, she dreamt that Prophet T.B. Joshua came to her, asking why she was always crying. He told her the problem was over and laid his hand on her head. Waking up, she discovered that prayer had broken the chain and the affliction of bedwetting was a thing of the past!

Beaming joyfully beside her, Mrs Dorothy’s brother revealed that she was not the only one with a testimony. Inspired by Mrs Dorothy, he visited The SCOAN with his wife, who had a severe addiction to smoking Indian Hemp. As he sat in the auditorium listening to the testimony of a man delivered from smoking, he felt a strange sensation. Something was leaving his body. For three years, he has been smoke free and growing in health to the glory of God!

God Almighty has shown Himself as the Deliverer to this family and will do it again in your family as you trust in Him, in Jesus’ name!

HEALING FOR A REGISTERED NURSE The registered nurse from Namibia suffered five years of torment, afflicted with a stiff neck and stiff shoulder. Encumbered with a neck collar and large shoulder sling, Mrs Aina sat in The SCOAN, having exhausted all other options. Unwilling to take the doctor’s offer of a surgery through her chest, she sat expectantly, seeking God’s assistance.

That assistance came with a tap from Prophet T.B. Joshua. She fell to the floor and rose, in the name of Jesus, healed and delivered from her bondage. Removing the shoulder sling, she exercised her body joyfully, demonstrating her newfound fitness. Rejoicing, she advised all to run to God, our Creator and Healer.

10 YEARS OF BLINDNESS WIPED AWAY

Mrs Elizabeth nursed her husband back from a near-fatal accident, then spent the next 10 years leading and assisting him. Her once able-bodied husband was now blind. The couple moved from one hospital, herbal home, facility to another in search of a solution but Mr Ernest remained blind.

Believing that God would still make a way for them, they made their way to The SCOAN for prayer. As witnessed during the Live Service, the moment Prophet T.B. Joshua laid his hand on Mr Ernest, something began to occur. Movement, life, came into his eyes. Walking forward, unassisted, the gentleman suddenly began blinking and looking around – he could see! Ten years of blindness had been wiped away with just one touch from Heaven.

After reading from the sermon of Prophet T.B. Joshua, the civil engineer and his wife advised viewers that no matter how long their problem had persisted, it would find its end in Christ Jesus if we run to Him for solution. 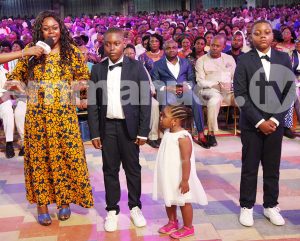 Born with sickle cell disease, 11-year-old Chinedu developed avascular necrosis of the head of the femur and became paralysed in his legs. The doctors fear was that a buildup of pressure on his hips could result in an operation so they gave him a pair of crutches. Trying to find his way around with the supports was exhausting and frustrating as he could not run around with friends or play sports. He felt inferior as a result of his disability. With tears, his mother brought him to The SCOAN, believing that one touch from Jesus Christ could wipe away his pain. 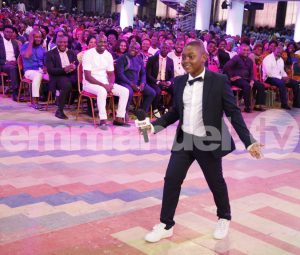 As Prophet T.B. Joshua located him and began to pray, Chinedu says, “I felt a force that tried to push me down. I couldn’t explain it. I tried to resist it but the power won”. Instantly, Chinedu stood up and walked without the crutches! With joy, he returned to school and amazed his peers with his newfound health and strength. A testament to the healing power of Jesus Christ, young Chinedu advised everyone watching to “Keep your faith in God – He will surprise you!” 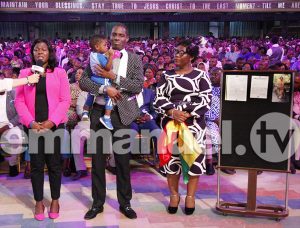 Each time Mrs Juanita got close to her due date, she would encounter a strange wind moving across her body and her unborn baby would die. The third time it happened, she was so distressed that she delayed before going to the hospital. By the time she got there, the doctors said the womb had been affected and an operation to remove the remains would prove dangerous. She opened her phone to a prayer from Prophet T.B. Joshua and as she prayed with him, she saw a hand from above push her stomach. Instantly, to the doctor’s astonishment, the dead baby came out on its own! She continued to pray along with 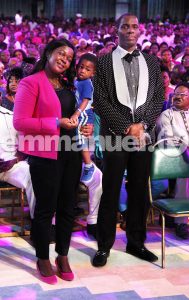 Prophet T.B. Joshua and became pregnant for the fourth time. Close to her due date, her husband said he heard a voice telling him to go to The SCOAN. He left her in the US and the same strange wind covered her body and her baby stopped moving. She quickly called her husband who told her he was on his way to the Prayer Mountain, that she should join him in prayer. She went to her room where Emmanuel TV was on and laid down. Six hours after the baby stopped moving, she saw a light like lightning flash out of Emmanuel TV, around the room and into her abdomen. Instantly, her baby began to kick! As her husband returned from The SCOAN, they went to the hospital where she gave birth to a healthy, bouncing baby boy! Truly, distance is not a barrier to the move of God. Anywhere you are, you can receive your touch from Jesus Christ – just believe!