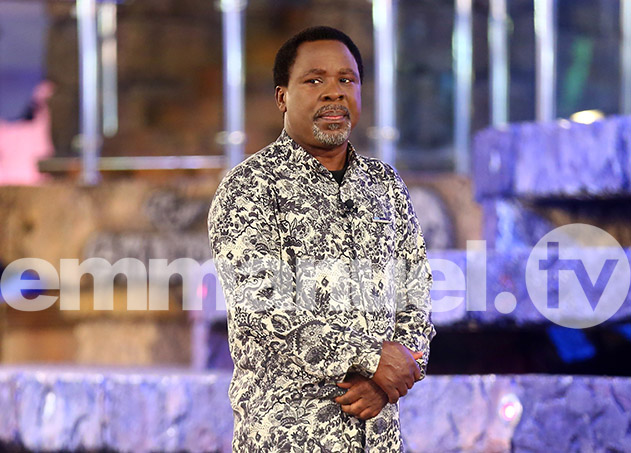 On Sunday 26th August 2018, thousands from across the world converged at The Synagogue, Church Of All Nations (SCOAN) in Lagos, Nigeria, to spend time in God’s presence and seek His face. The service was filled with touching testimonies, inspiring worship, powerful prayer and a stirring revelation about the Holy Spirit.

In his message titled, ‘Our Supernatural Guest’, Prophet T.B. Joshua enlightened the congregation about the role of the Holy Spirit in the life of Christians. “Jesus Christ was the first Helper, Comforter. The Holy Spirit is another Helper, Comforter. In the absence of Jesus, the Holy Spirit was to be sent, in a sense, to take the place of Jesus. Jesus was not only the embodiment of the Heavenly Father but also of the Heavenly Spirit. First, He is a person. Second, He is Divine.”

The message, born from years of practical experience walking with the Lord, touched the hearts of both 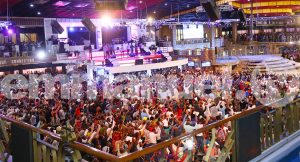 congregants and viewers worldwide on Emmanuel TV. “If I am alone, I would not be able to stand here today but Someone is with me. Someone is with me in the person of the Holy Ghost,” Prophet T.B. Joshua explained, adding it was God’s Spirit that provided the strength to endure the many trials and challenges he encountered on his life-journey.

After concluding the message, Prophet T.B. Joshua moved in the midst of the congregation, praying individually for thousands and releasing prophetic words under the unction and instruction of the Holy Spirit. The results were instantly evident as miracles unfolded throughout the auditorium to the glory of God and shame of the devil. An anointed time of Mass Prayer followed as thousands of voices united to command sickness and disease out of their systems. Demons shrieked in dismay as their evil plots and plans were scuttled and scattered by the superior anointing in the name of Jesus Christ!

Here is a summary of the wonderful testimonies shared during the service: 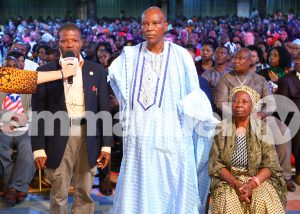 “You worked with a witch doctor”. These were the words Prophet T.B. Joshua prophesied to Mr Ayodeji Oyewole, a former banker, during The SCOAN Sunday Service. True to the words of this prophecy, Mr Oyewole had served a witch doctor as an errand boy for almost eleven years. It all began when the young, intelligent Nigerian was introduced to hard drugs at a popular Lagos night-club. The addiction quickly took its toll as all of Mr Oyewole’s finances were quickly drained in feeding the destructive habit. He ended up stealing from customers at his bank, as well as his own bank manager, using his ill-gained wealth to take marijuana, heroin and cocaine in alarming proportions. Although never discovered as a thief, his employers quickly noticed his rapidly deteriorating mental state and released him from work, advising him to seek medical treatment for his problem.

Striving to find new means of sustenance to feed the addiction, Mr Oyewole met a spiritualist who was equally an addict. Together, they connived to deceive countless individuals into giving them money on the premise that they could ‘solve their problems’. It was, however, nothing more than an elaborate hoax, preying on the naivety and gullibility of their victims. Mr Oyewole played the role of an assistant who would prepare the alleged rituals his master would oversee as the witch doctor. After getting their clients to give money for the sacrificial preparation, they would ask them to regularly return, yarning different tales on each visit in an attempt to extort more money. Eventually, they would give their client a condition he simply could not fulfil and the ruse would continue with another victim.

However, Mr Oyewole’s hectic lifestyle nosedived steadily into deep depression. He ended up selling his own blood to get money and at his lowest ebb, he attempted suicide twice. On one such occasion, he drank rat poison and woke up three days later to find a nurse by his side in a hospital. His elderly mother caustically remarked that she wished he had died because of the shame he had brought to the family.

He sought help at several drug rehabilitation centres, psychiatric hospitals and churches without any palpable change. At the rehab centres, he would climb the walls, sneak outside to buy drugs before returning to the hostel to smoke. Whilst in attendance at churches, he would often wait until a heated moment of worship to move slyly to steal phones from unsuspecting church members.

However, last week signalled the end to a 31-year hellish journey! After receiving prayer and a prophecy from T.B. Joshua, Mr Oyewole explained that it felt like a bag of water had been punctured and the liquid therein was slowly draining out. That was how all the once unbearable urges for drugs drained out of his life! “That night, I slept throughout like a baby; I knew my problem was over!”

He advised youths not to dabble into drugs. “It is a naked flame. The time I went into drugs was when things started falling apart in my life. Don’t try it”, he advised. To parents, he advised, “Don’t go to spiritual houses or native doctors looking for a solution; you are likely to add salt to your injury.”

35-year-old Mrs Amos Naomi, a Nigerian, suffered from anus cancer for two years. She experienced a 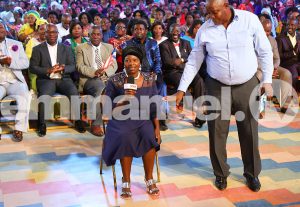 growth in her anus which resulted to severe pain preventing her from sitting and walking properly. When attempting to pass out faeces, Mrs Naomi would groan in agony. This problem affected both her career and marriage as her husband, Mr Ishaya, took a decision to resign from work just to take care of his wife. He would cook for her, bathe her and assist her with walking.

Fed up of the situation, they visited several hospitals and witch doctors in search of a remedy to the disheartening situation but all proved abortive. However, after visiting a family member, everything changed. Mrs Naomi started watching Emmanuel TV at her aunt’s place and this propelled her to request for a decoder from her husband because she believed in the healings shown on the screen. She concluded that her solution was at The SCOAN.

In a bid to receive her healing, she travelled down to The SCOAN with her husband. And as the man of God approached her, she began to shiver and felt a sensation run through her body. As soon as she received a touch from Prophet T.B Joshua, she stood up and the pain vanished to the glory of God. Today, Mrs Naomi is completely free from anus cancer. Her husband, Mr Ishaya advised the congregants and viewers all over the world to move closer to God. He alone has the solution to all our problems.

DEPRESSION – A THING OF THE PAST! 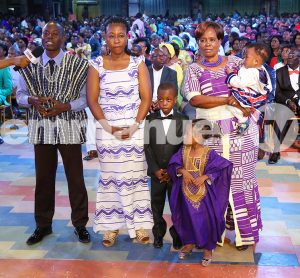 Mr Wemoye brought his wife to The SCOAN with the problem of mental disorder. His wife, Mrs. Lilian Wemoye, had done a prayer vigil ‘til the next morning and when it was dawn, started behaving abnormally to the extent that she was hitting her husband with a Bible. When Mr Wemoye noticed his wife’s weird behaviour, he rushed her to hospital where the doctor diagnosed her with depression. They were given some drugs to suppress the depression but things only grew worse. Their children came back from school and greeted their mum but she didn’t answer. Being a teacher in a school, she couldn’t go to work anymore because she could not identify anyone – neither her children, her husband or even the children she taught in her school. She had to stop work immediately. The doctors continued to give her multiple injections for the depression but all solution to this problem proved abortive.

On coming to The SCOAN, she was prayed for by Prophet T.B. Joshua and the problem of a mental disorder was brought to an end. She hadn’t been sleeping or eating for days since the problem started but after this touch, she began to eat and sleep very well. Now, she cooks and converses with her children. Moreover, she slept from 3pm in the afternoon to the next morning. She has also returned to her place of work where she teaches; she does the house chores even better than before and the condition of the family has returned to normal.

FROM NOBODY TO SOMEBODY 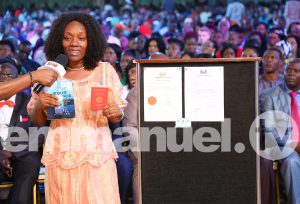 Hon. Mrs Evelyn Daphne Blackie, a citizen of Sierra Leone, struggled with the issue of joblessness that had plagued her life for nine years. A Geologist and Master’s Degree holder in mine production, Mrs Evelyn was faced with this problem that left her idle and oftentimes, depressed. She learnt of The SCOAN and eventually laid her hands on the New Morning Water. With faith, she ministered the New Morning Water on her documents and God opened the door of opportunity for her.

Today, Mrs Evelyn is the Deputy Minister of Mines and Mineral Resources in her country and holder of a diplomatic passport. With a gladdened heart and joy unspeakable, Hon. Evelyn stood to share her testimony in The SCOAN of how God intervened in her issue of joblessness and raised her to a new level in life. She advised the congregation not to give up but to trust in God completely. Indeed, her mess has turned into a message for the Glory of God. Thank You, Jesus!