MY HEART, CRAVE FOR THE WORD OF GOD - The Synagogue, Church Of All Nations - SCOAN - Prophet T.B. Joshua (General Overseer) Skip to content 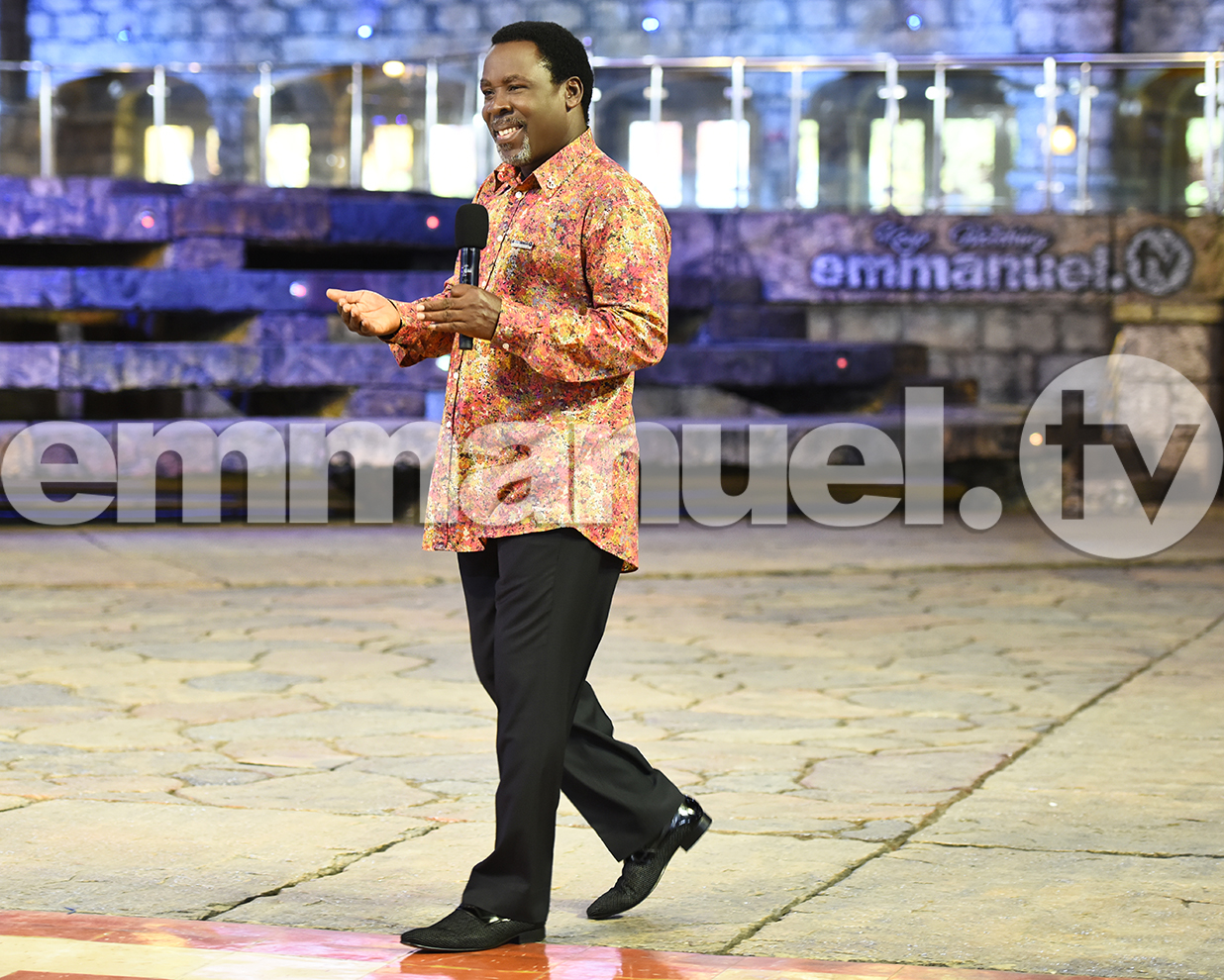 The free spirit to fellowship moved freely in the midst of the congregation as The SCOAN choristers rendered songs of praise and worship to uplift the name of Jesus Christ.  The man of God, Prophet T.B. Joshua came into the midst of the congregation and began exhorting them with a message of hope and faith, emphasizing on the need for Christians to have a free spirit to fellowship – a spirit that has nothing against his neighbour or anyone. It is this free spirit that craves for the Word of God, for Jesus Himself. He said that with a free spirit, you would see yourself the way you were created as Jesus cannot share with a heart that is full of unforgiveness, bitterness or envy. He said many are not seeing the reflection of the bible in their lives because their heart is not at its best. This is why they tend to create happiness for themselves by looking for beautiful things around them as if there is no more joy from heaven. He said if our heart were not at its best, we should not be surprised if the bible is no more real to us. One of the things we need to do before praying is to ensure that our heart is at its best for God. He enjoined Christians to constantly check their hearts because it is the contact point for Jesus Christ. The following segments are a selected few of the numerous testimonies shared at The SCOAN to demonstrate the healing and deliverance power in the Word of God: 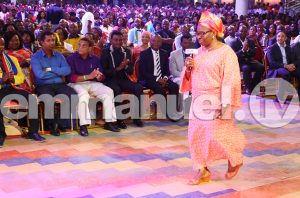 When Mrs Victoria Adebisi Olaigbe was diagnosed with osteoarthritis due to degeneration of the knee cartilage, which had restricted her from carrying out her daily routine. Upon travelling to the United Kingdom to see her medical doctors, the last resort was a knee replacement operation. When it appeared they had exhausted all human efforts without success, they raced to the house of God.

During the last Sunday Service at The SCOAN, Prophet T.B. Joshua prayed for Mrs Victoria Adebisi Olaigbe, who was seated in the car. As the lightning power of God flew through her body, she felt an itchy sensation and instantly, began to walk to the glory of God.

Accompanied by her daughter, Mrs Victoria Adebisi Olaigbe demonstrated her total freedom by running a few steps in praise to Jesus Christ, the Master Healer. She advised the congregation and viewers all over the world not to run from God during their troubled times but run to Him.

HEALED THROUGH THE WORD 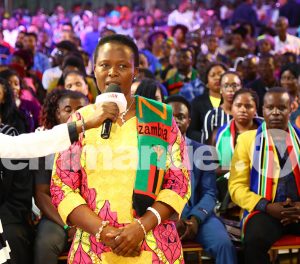 Being unable to turn her neck for six years due to cervical spondylosis that had affected her whole spine, Mrs Beatrice Daka-Khankuni made her way to The SCOAN in her neck collar, believing God for a miracle. As a result, she had to use a special chair to help her vertebral column. After watching Emmanuel TV and having seen people who came to The SCOAN with similar ailments receiving their total healing, her faith grew.

Prophet T.B. Joshua moved closer to Beatrice and gave her a word of counsel: “It is the Word dominating our heart that brings Jesus to the scene and instant healing takes place”. Immediately Beatrice took that Word to heart and as Prophet T.B. Joshua prayed for her in the name of Jesus Christ, she was healed.

Appreciating what God has done, she testified, “I can move freely. I don’t feel any pain anymore.” She went ahead to advice those listening that God can heal all manner of sicknesses and diseases. All we need is to trust in Him.

“I FELT AN OVERWHELMING PRESENCE” 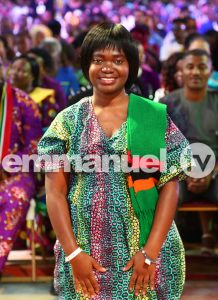 Miss Chileshe Catherine Kasonde had the problem of a stiff neck due to cervical spondylosis as a severe pain constantly ravaged her body limiting her from normal activities. Depression soon set in as she constantly needed the assistance from friends and family. After visiting several hospitals without a permanent solution, she was given a neck collar to aid her neck. She then decided to come to The SCOAN where the man of God, Prophet T.B. Joshua prayed for her. In her words, “I felt an overwhelming presence and the pain suddenly left me. Now I can move my neck freely without pain. Thank You, Jesus”. 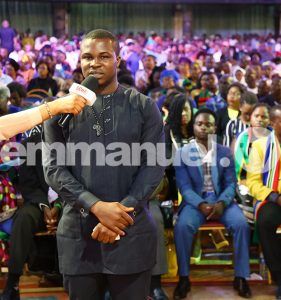 From a young age of 19, Mr Emereonye Franklin had been tormented by the spirit of man. He encountered a man who sexually molested him in the dream after which he developed an uncontrollable urge to sleep with men. The spirit led him to shame and disgrace during his post-university services as he was reported to the authorities   almost expelled from school. His social media page became a hunting ground for men and his finances became a bait to lure them. Not only had this demonic spirit redefined his sexual orientation but it also caused a lot of setbacks in his career resulting to him developing a high blood pressure at the age of 27.

As a well-respected leader in his church, his attempts to conceal his lifestyle proved abortive as this evil urge would rear its ugly head when he tried to control himself around men. At the verge of ending his life, he was introduced to The SCOAN after watching people being delivered from the same spirit. Upon visiting The SCOAN, the evil spirit was exposed and cast out as Prophet T.B. Joshua ministered deliverance on him. Since his deliverance, the strange affection he had for men disappeared. Franklin encouraged the congregation to always look to Jesus Christ for solution and that with Him all things are possible.

Mrs Uyai from Akwa Ibom, Nigeria received a prophecy during last week’s Mass Prayer that she had the spirits of woman and stealing. She said the spirit of stealing possessed her after she got married. A man appeared to her physically, opened his palms and she found herself in another world full of money, cars and all kinds of riches. People would constantly stare at her as she communicated with the invisible man. When she was caught stealing her boss’ money, the man wanted to subject her to public humiliation but he reckoned that something strange was wrong with her and asked her to quit. 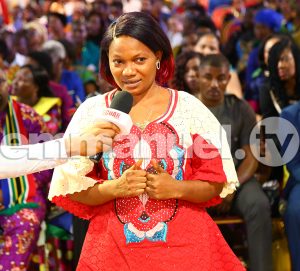 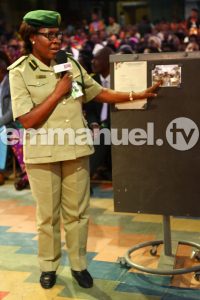 Following her graduation from the secondary school, Mrs Comfort Obiosio joined the Nigerian Prisons Service, where she climbed up the ranks. However, after she was promoted to the rank of Superintendent of Prisons, all subsequent promotions that had been earmarked for her came to a halt. In her own words, that was due to some modifications and downsizing in the civil service. In the midst of her stagnation, she enrolled at a university to study towards her first degree.

Frustrated and dejected, she decided to attend The SCOAN, where she had the opportunity to receive the New Morning Water. As she began to pray and apply the New Morning Water with faith and trust in Jesus Christ to break the yoke of career stagnation, she soon learned that every application she had presented was miraculously accepted and every interview she sat for ended positively.

Sharing her testimony as Assistant Controller of Prisons, her 11 years of stagnation came to an end to the glory of God! She advised all to turn to Jesus Christ at every point for He alone can bring perfect solution to our problems.