FAITH IS NOT A FEELING - The Synagogue, Church Of All Nations - SCOAN - Prophet T.B. Joshua (General Overseer) Skip to content 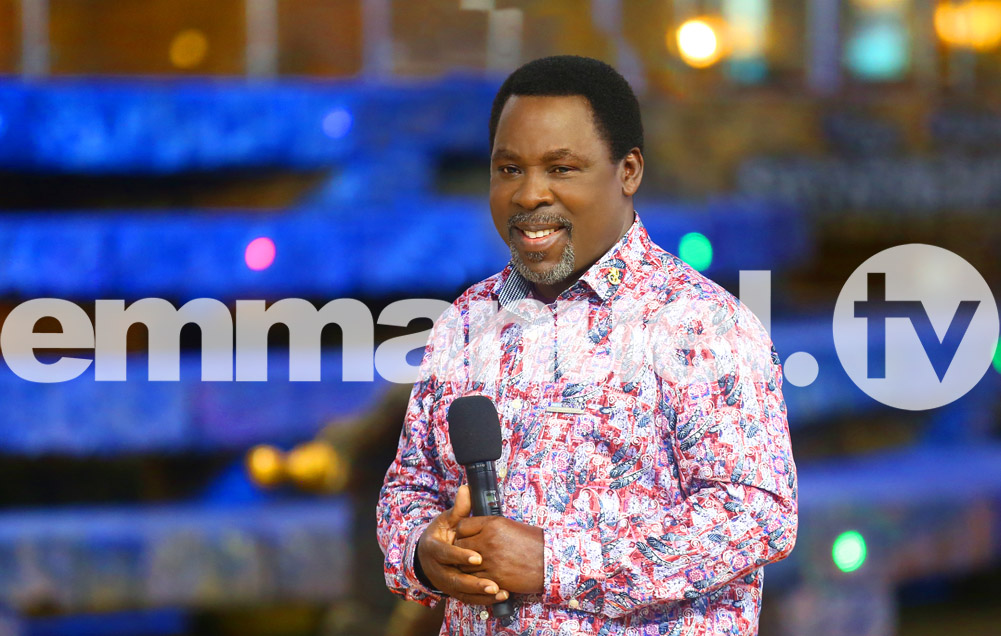 Prophet T.B. Joshua engaged the congregation during the Sunday Live Service of 3rd June 2018 on a vital subject which centers on the challenge we are facing today. “The challenge we are facing today is that we put ourselves where we are not when it comes to things of the Spirit. We base our faith, our spiritual experiences on feelings and emotions. People are men of prayer but perhaps not of faith”, Prophet T.B. Joshua emphasized. Speaking further, he explained that when such situation arises, we are saying words not praying prayer, noting that there is a difference between saying words and praying prayer. “When you base your spiritual experiences on feelings and emotions, you are saying words. Problems arise when feelings and emotions change”, he added.

Throwing more light on the subject of the day, Prophet T.B. Joshua drew the attention of the congregation and viewers worldwide to the fact that we are not saved because we feel saved. Rather, we are saved because we have put our faith in God’s Word and acted on it. For it is when we act on the Word, we bring Jesus on the scene instantly. To realize this, the Word must prevail in our lives. We cannot be known as a child of God, as a born-again unless the Word prevails in our lives. 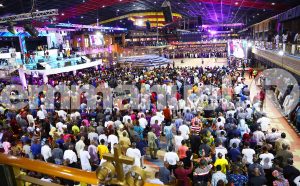 THE HEALING TOUCH FROM JESUS CHRIST!

When Mrs Dorcas Mulau from Zambia was diagnosed with cervical and lumbar spondylosis, she had hoped that at least one of the many hospitals she visited would provide her with a solution. Alas! None could help alleviate her ailments. The problem, which started from the neck radiated to her shoulders, causing her severe pains and making it impossible for her to sit, stand or walk for a long time. 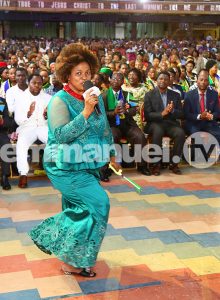 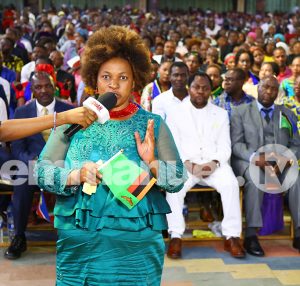 Having exhausted all her search for help, she decided to visit The SCOAN where she presented her case to the Master Healer, Jesus Christ. Mrs Dorcas Mulau said that she was amazed as Prophet T.B. Joshua prayed and touched her on the shoulder, at the very spot where the pain was pronounced. Immediately, the heavy load of pain was lifted off. Testifying to the goodness of God in her life, Mrs Dorcas turned her neck, bent and walked freely without any pain or discomfort. She advised people all over the world to depend on God.

TAP INTO THE ANOINTING AND BE HEALED!

Struck by disc herniation and spinal stenosis, Mrs Motsoane Mankosana’s life became a nightmare. She could no longer support herself or manage her daily routines. 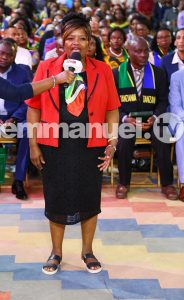 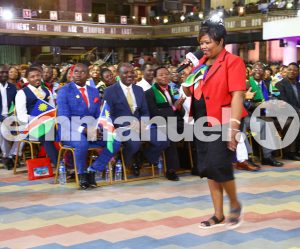 Having searched far and wide for a solution all to no avail, Mrs Motsoane, accompanied by her son, came all the way from South Africa to seek for divine healing at The SCOAN.

Immediately she received a touch from Jesus Christ through Prophet T.B. Joshua, she began to sense the discs aligning into position. Then, she began to walk freely without any atom pain or difficulties. To God be the Glory!

Mrs Beatrice Akatch, a once vibrant staff of the United Nations found herself in total isolation for 10 years as she came to terms with the medical diagnosis of a complete hearing loss in both ears. Subsequent visits to the hospital revealed that the hearing loss was the side effect of the extensive treatments she received for tuberculosis at the age of 13 and that caused a nerve damage in her ears. 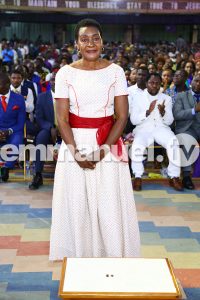 Even the hearing aids recommended by her doctor as a last resort could not save her job. She had to elect an early retirement as communication with colleagues and participation in meetings compromised her functions. She remained with this embarrassing condition until she discovered Emmanuel TV. Seeing what God is doing in the lives of people through His servant, Prophet T.B. Joshua, Mrs Beatrice Akatch decided to come to The SCOAN to seek the face of God for a solution to her deplorable condition. 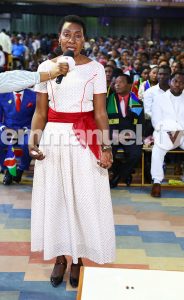 As Prophet T.B Joshua moved in the midst of the congregation, ministering prayer and deliverance in the name of Jesus Christ, Mrs Beatrice was fortunate to receive a touch of God. According to her, so mighty was the force that came with the touch that she lost her balance and found herself on the floor. Getting up, she discovered that she could hear perfectly all that was said around her. She got so excited that she began to shout, shedding tears of joy. She enjoined the congregants and viewers all over the world to put their trust in God, the Master Healer.

‘SECRET STICK’ EXPOSED THROUGH THE POWER OF PROPHECY!!!

An eerie stillness thronged the air. Mfanfikile shifted uneasily. He saw nothing of the beautiful landscape, illuminated by the shimmering moon. The witchdoctor continued his incantations, rising to a crescendo of slaughter and ritual sacrifice. What came forth appeared in form of an ordinary stick. However, the force behind was a spiritual weapon about to be used in the most illicit of trades – until the secret was finally spilled… 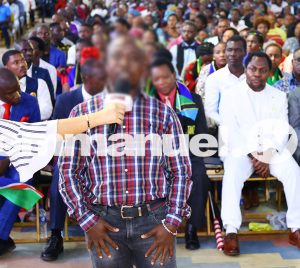 Mr Mfanfikile was brought up from a family of ‘sangomas’ – witchdoctors. At 15, the teen delved into drugs. His addiction gradually worsened to the point he took countless ‘joints’ of marijuana on a daily basis, alongside cigarettes, cocaine and alcohol, earning him the reputation of a ‘hard guy’.

Drug-addiction rippled into drug-trafficking, as the young man began cultivating and subsequently smuggling marijuana internationally. In his quest to expand his drug-trafficking empire, he consulted a witchdoctor who gave him a small stick. The witchdoctor gave the assurance that the stick would allow a safe passage of the drugs across borders – both locally and internationally. However, the money gained from this illicit business vanished as quickly as it came. Realizing the futility of his patronage of witchdoctors, he heeded the advice of A friend who introduced him to Emmanuel TV. 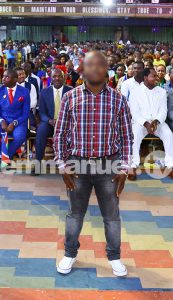 He eventually came to The SCOAN and during the Live Sunday Service, Prophet T.B. Joshua approached him and spoke forth the secret Mfanfikile had never revealed to anyone in this world, except his younger brother. “There is a stick you always carry with you,” the prophecy rang forth. “It is possessed.” The covenant he made in the night many years ago had been exposed by the light! As Prophet T.B. Joshua prayed for him, he fell heavily to the floor; so also did the spirits of addiction, criminality and anger. Standing renewed and refreshed before the congregation, Mfanfikile testified his 25 years of addiction to drugs had disappeared! For the first time in decades, he slept soundly without nightmares or evil attacks.

He advised those still under the bondage of addiction thus: “God will meet you as He met me!”

FROM STAGNATION TO FIRST CLASS

Miss Roselyn Edema’s aim at achieving a First Class status in her academic pursuit seemed squashed as it appeared impossible to go beyond a Second Class Upper. A scholar in Cell Biology and Genetics at the University of Lagos, Miss Edema Roselyn constantly read for 8 hours daily and isolated herself from any extracurricular activity, believing that her dedication to study would enhance her performance in school. However, opposite was the case as her grades became stagnant at 4.0 for several semesters. Terrible nightmares also compounded her case. All efforts by Roselyn and her parents to put an end to her academic woes proved abortive. 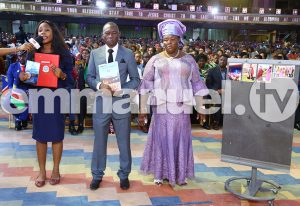 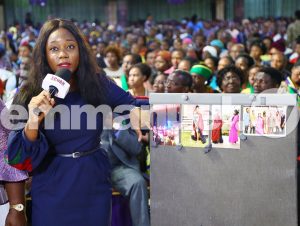 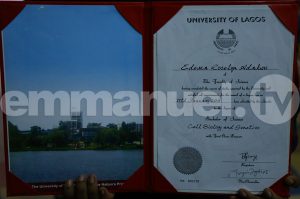 Having realized that the only way out of this predicament was to turn to God, Roselyn’s father came to The SCOAN where he received the New Morning Water. Upon receiving the faith tool from her dad, Roselyn ministered it, causing her faith to rise. What followed next was straight ‘A’ throughout the rest of the semesters, resulting in First Class. Miss Roselyn has now graduated with a Bachelor of Science in Cell Biology and Genetics. Acknowledging the hand of God in her performance, Miss Roselyn advised the youth to seek first the Kingdom of God and rely on His strength in whatever they do.

Today Mrs Kelechi, a Nigerian residing in the UAE, is a picture of good life and a happy family. Looking back though, it was not an easy task as she had suffered many evil encounters that robbed her consecutively of her pregnancies. Tormented by thoughts as to whether or not she would ever carry the child she longed to bear, Mrs Kelechi was scrolling through channels on her TV and came across Emmanuel TV. 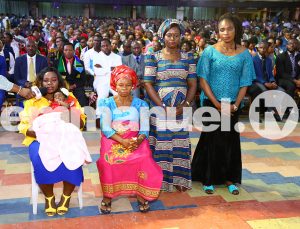 Seeing the Word of God at work, Mrs Kelechi enlightened her husband of her discovery. She further had a dream where she saw Prophet T.B. Joshua praying for her and telling her, “Any moment from now, your system will change.” That dream cemented her decision to visit The SCOAN. 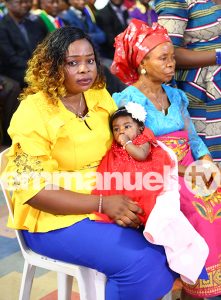 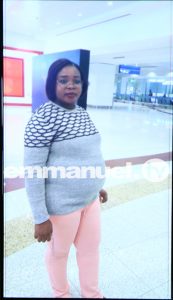 During The SCOAN Live Sunday Mass Prayer, Mrs Kelechi claimed the anointed prayer points raised by Prophet T.B. Joshua after which she travelled back to the UAE and met her husband. She soon noticed a change in her system due to conception just as Prophet T.B. Joshua had prophesied to her: “Any moment from now, your system will change.” The prophecy broke the yoke of miscarriage as she was able to carry the pregnancy through the nine months without any complications.

Holding her two-month hold baby girl, Mrs Kelechi expressed her sincere gratitude to the Almighty God for wiping away her tears of sorrow.

The curse of hypertension had killed more than 10 people in his family and it seemed like Pastor Rogel from Argentina was the next victim. With his blood pressure dangerously high, Pastor Rogel noticed that making every day decisions was a difficult task. The death of his mother from the same hypertension was the last straw and he physically felt the spirit of death enter his body. 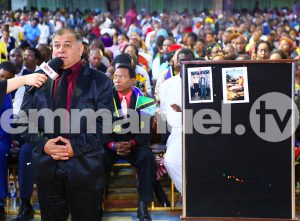 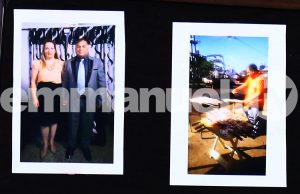 Even on the pulpit, thoughts of death haunted his mind. As his financial life dwindled, he resorted to selling chickens to make ends meet. It was at the point of despair that he discovered Emmanuel TV and began to pray along with Prophet T.B. Joshua. One day, as he touched the screen, he began to vomit. With the conviction that travelling to The SCOAN would grant him his freedom, he desperately sourced for a means to finance his trip. He travelled to The SCOAN and received prayer from Prophet T.B. Joshua. He travelled back home, totally transformed. He testified that the hypertension had disappeared, blood pressure normalized and the thoughts of death banished from his life forever! It was not long after that he married his beautiful wife and their ministry went from strength to strength. Now a pastor of his own church, he advised all that distance is not a barrier – with faith, all things are possible.