HOW CAN THE KETTLE BLAME POT? - The Synagogue, Church Of All Nations - SCOAN - Prophet T.B. Joshua (General Overseer) Skip to content 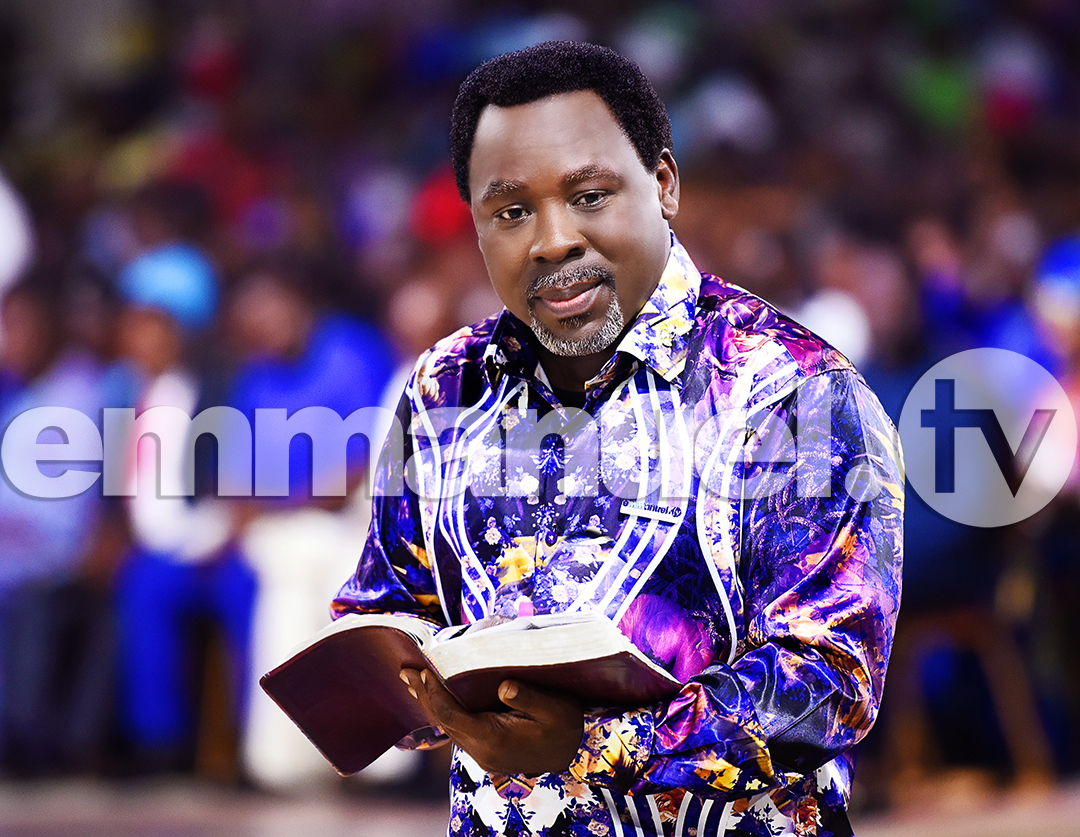 It was a message that touched the hearts of everyone who heard it and all who were willing to embrace it were almost guaranteed to be changed by it. In his message, HOW CAN THE KETTLE BLAME POT? The man of God opened our eyes to God’s point of view as he referred us to the case of the adulterous woman in John 8:3-8. “The teachers of the law and the Pharisees brought in a woman caught in adultery… ‘Teacher, this woman was caught in the act of adultery. In the Law Moses commanded us to stone such women. Now what do you say?’ They were using this question as a trap, in order to have a basis for accusing him. But Jesus bent down and started to write on the ground with his finger. When they kept on questioning him, he straightened up and said to them, “Let any one of you who is without sin be the first to throw a stone at her.”

The Bible says he straightened up and said, let anyone of you who is without jealousy, pride, envy, hold offence or continue to blame your neighbour for offence he has done to you. Jesus advises us by saying, ‘How can the kettle call pot black?’ How can you blame him when you are birds of the same feather used for cooking? When we are offended, we feel hurt, embarrassed and blame the offender. We always defend our bitterness, anger to justify our reason and inability to forgive. The prophet further referred to Luke 23:34, “Father, forgive them for they do not know what they are doing”. Take note of the word, ‘them’ because it includes both offender and offended, the wrong and the right, he said. This should be the Christian standard of life. In other words, let anyone of you who is without envy jealousy, bitterness, pride, hold offence. The God that says, ‘Thou shall not envy’, also says, ‘Thou shall not hold pride.’ If you see somebody who is arrogant and you on your part hold envy, you are also arrogant. There is no separate hell fire for envy or pride. If you have lied, you have killed. So why are you holding offence? Holding offence is like committing a crime because unforgiveness imprisons us – puts us in the cage. Unforgiveness is too dangerous for your future. If you continue to blame others, you will never repent.

What offence are you holding as a human being? It is when the heat of trial hits us that our real self surfaces. Match your action with your words he advised. Don’t’ pretend to forgive or love. The manner you love is the manner you will be loved. Let anything you do come from the heart. God is the Rewarder.

The powerful message was followed by a demonstration of God’s mighty power as the man of God was led to minister prayer, prophecy, healing and deliverance in Jesus’ name.

Earlier in the service, in her message, A CONSCIOUS WARNING Evangelist 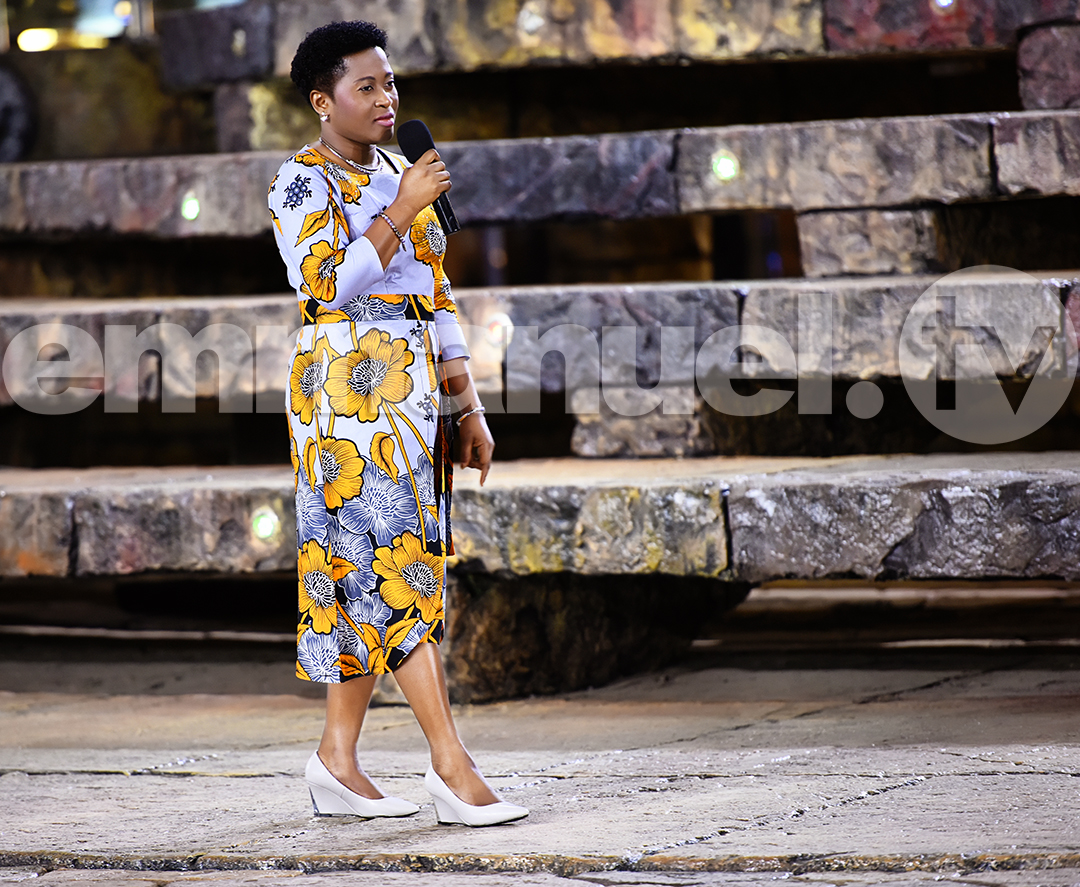 Yetunde emphasised the need to pay attention to God’s warning. “God gives us warnings in different ways but because of our rebellious nature, we ignore it. The man at the pool of Bethesda in John 5:1-14 saw many miracles happen to many others but one thing he believed – God’s time. This man saw a reason beyond his healing. The reason he saw was the salvation of his soul”, she said. “Go and sin no more.” Jesus saw it as being necessary to give this conscious warning because He knew that it is common for people when sick, in trouble and in want, to promise much but to do little or nothing after they have receive their healing, breakthrough, miracle.

As clips were shown of The New Morning Water Event in Paris, France on 24th February 2018, many testified to receiving their healing and deliverance through this powerful medium sent by Prophet T.B. Joshua. It was also miracle galore in The SCOAN as many came forward to testify of the awesome power of God that had touched their lives through words of prophecy, healing, blessing, breakthrough and deliverance the previous week. Here are a few among many:

LITERALLY SAVED FROM BEING BEHEADED BY WORDS OF PROPHECY 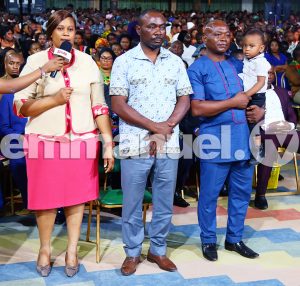 In an anxious and dishevelled state, Mrs Dike Emmanuel ran out in confirmation of a prophecy which described spot on, the frightening situation she was facing. “A woman is here; your husband was kidnapped”, were the words spoken that Sunday by Prophet T.B. Joshua during a Live Sunday Service at The SCOAN. That was indeed the case.

Earlier this month, along the highway, on a journey to Gabon, Mr and Mrs Emmanuel ran into heavily armed herdsmen. In the shocking scene, gunshots were sprayed sporadically. All involved instantly became afraid and confused while the driver remained helpless. The herdsmen commanded all passengers including Mr and Mrs Emmanuel to come off the bus and to lie down flat outside on the ground. They were searched before being marched to a nearby forest. Mr Emmanuel who was carrying their baby was instructed by the herdsmen to give the baby to its mother, Mrs Emmanuel. Then with a slap, they sent the mother and child away and marched Mr Emmanuel together with seven other men, further into the forest. Deep inside the forest, they were forced to lay face down and questioned about who they were and where they were going. One after the other, the herdsmen tortured them throughout that day and night.

The following day, they walked for two hours even further into the forest. The 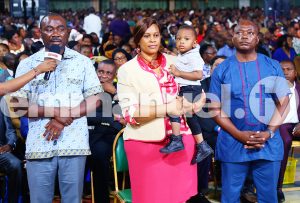 herdsmen told the captives that anyone who attempted to pray would be shot instantly. At a point, they searched Mr Emmanuel and saw his Morning Water. They asked him what it was for. He told them it was Morning Water for his mouth, that when he took it, he would feel better; they took it, looked at it and gave it back to him!

The herdsmen discussed among themselves the assignment given to them in Abuja, which was to cut off the men’s heads, for the sum of 20 million naira each. Mr Emmanuel overheard their conversation and was extremely afraid, knowing that a ransom was not even part of their plan.

After some days, to Mr Emmanuel’s greatest relief, he spoke to his wife who told him that Prophet T.B. Joshua had prophesied about his kidnapping case during The SCOAN Live Sunday Service and it was going to be alright. The fear in Mr Emmanuel left him immediately and courage came. He was no longer afraid of what would happen to him in that forest, despite the daily torture, believing that he would come out alive.

Mr Emmanuel shared the message with the other captives and told them that at night they would pray together. They agreed and that night, they prayed together and Mr Emmanuel ministered the Morning Water to his fellow captives. The following morning, the herdsmen announced that they had reduced the ransom they initially asked for to 5 million Naira so that the men could get out of there.

It was the rule of the herdsmen that no prayer was permitted; if they were caught praying they would be shot instantly. Out of fear, everyone could only pray silently in their heart but Prophet T.B. Joshua’s prophecy regarding his release had turned his fear into great joy.

Confused, the leader of the herdsmen approached Mr Emmanuel asking him what he had in his body because they had never detained anyone for up to five days and not eliminated them. The herdsmen became confused and even when they were beating the captives, they would argue amongst themselves to stop.

Eventually, the herdsmen said that the captives were wasting their time and released them. Not only did they release Mr Emmanuel but all the hostages who prayed together with him after receiving the prophecy from Prophet T.B. Joshua.

Today, standing strong in The SCOAN in the midst of the congregation to testify, Mr Emmanuel boldly stated, “It is a wonderful thing to be a Christian – you will know what to do and the right time to do it. The moment I heard the prophecy fear left me; the only thought that filled my mind was my day of escape rather than my previous thought of the day and moment I would die.” He further said, “I knew the man of God did not speak in vain. Therefore, the moment I received the prophecy I knew my situation was over, in Jesus’ name”. To God be the glory. 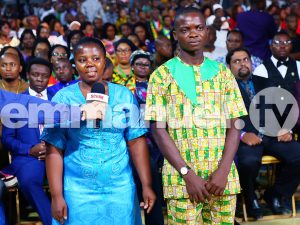 Mrs Patricia Isaac, like every woman, was happy getting married to her dream man but her joy was cut short when she suddenly began experiencing bedwetting whenever she slept. She tried every means to stop this terrible affliction but it rather became worse as she would bedwet almost every night. A formerly lively Mrs Isaac soon became a shadow of her former self as she became depressed owing to the stigma and shame associated with her problem. Scared of being rejected and victimized as a result, she decided to keep her problem of bedwetting a secret from her husband.

Managing to keep this secret proved to be a very difficult task as she always had to have a convincing cover up plan each time the problem reared its ugly head. Whenever she would bedwet, she would wake up very early and quickly turn over the wet side of the mattress to conceal the urine soaked bed. Whenever her husband noticed that the bed was wet, she always had an excuse to escape from the embarrassing situation. Her greatest fear was having to travel on trips with her husband of which she would do everything possible to avoid.

After a long time of concealing and lying, Mrs Isaac thought she had succeeded in hiding this problem from her husband but little did she know that he had known about her bedwetting but out of his love for her, had decided to endure in silence. However, when the problem became unbearable for him, he had no choice but to confront her with the truth and Mrs Isaac realizing she could no longer hide, confessed her long time struggle with bedwetting.

Mr Isaac, a regular viewer of Emmanuel TV recommended that his wife sought the face of God at The SCOAN for her deliverance. By the grace of God, they came to The SCOAN and during Mass Prayer, the Spirit of God revealed her case through a prophecy from Prophet T.B. Joshua. Jesus struck the root cause of her problem and she was set free. Standing with her before the congregation, her husband testified, “Since that day, no more bedwetting. She is free”.
Truly, when God speaks, changes are beginning. God’s Word is indeed Spirit and life that is capable of turning your situation around. 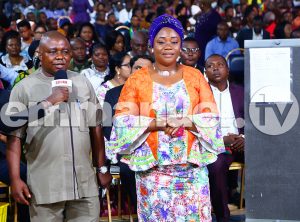 Mr Agwaza whose life had been characterised by stagnancy suddenly received a call that he had been ‘head-hunted’ for the much sought after position of Accountant General of Benue State. Mr Agwaza, full of joy, explained to the congregation what his new job entailed and the benefits that came along with it.

Astounded by the mercy, grace and favour that had located their lives through the medium of the New Morning Water, Mr and Mrs Agwaza could not keep to themselves what God had done. They rejoiced for their new status in Christ Jesus and encouraged the congregation that God is more than able to meet them at the point of their needs.