FAITH IS THERE FOR YOUR CHALLENGES - The Synagogue, Church Of All Nations - SCOAN - Prophet T.B. Joshua (General Overseer) Skip to content 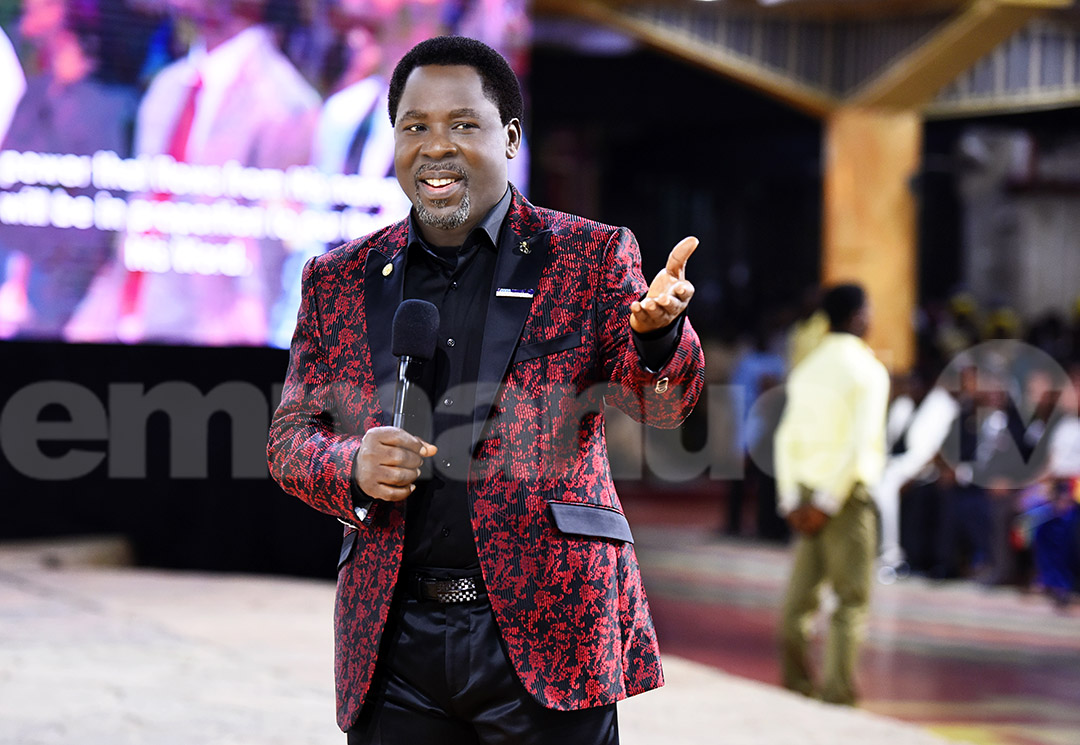 The Sunday Service at The SCOAN brought immense joy and satisfaction to the lives of the congregation and viewers worldwide, as the Man of God Prophet T.B. Joshua soon engaged the audience with his message entitled “HOW MUCH DO YOU LOVE JESUS?” The Book of Acts is not a mere history but the pattern of what God wants His church to be – a church with the demonstration of the power of God that makes Jesus Christ popular again in this generation. In his thought-provoking but very practical message, Prophet T.B. Joshua told the congregation: “You can know how much you love Jesus. When there is no love, He cannot come to the scene because God is love. You know how to love Jesus more and more by attending to His Word and keeping His Word in heart because it is your life and health to your flesh”. He explained further that the power that flows from the name Jesus Christ will be in proportion to our love for His Word.

In shedding more light on the subject-matter, Prophet T.B. Joshua explained that when there is no love, Jesus Christ cannot come to the scene. In his approach to practice, the prophet emphasised that you can demonstrate your love for Jesus Christ by attending to His Word and keeping His Word in heart. This means making the Word of God to become an integral part of you, resulting in positively influencing your conduct and character.

Given the above, the Man of God told the congregation that the Spirit of God will be released to the degree that we stand in reverence of His Word. This means that the scope for power will be found in proportion to our love for His Word.

Earlier on in his message on “Faith is there for your challenges”, Evangelist Christopher questioned the audience: “What is your challenge? What kind of tests and 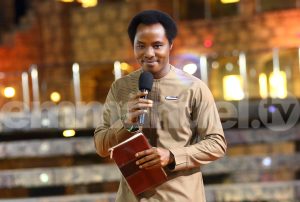 trials are you going through? What are your mountains or walls of weaknesses? What is your temptation? Are you passing through the valley of the shadow of death and it seems as if you are running out of the rope of life?”

Following his self-assessment strings of questions, Evangelist Christopher’s message assured the congregation and viewers all over the world that our faith in Jesus Christ places our hands in his Hand as He sees us through our day-to-day challenges. He emphasised that faith is a trust in Christ Jesus which oftentimes allows us to come to the end of the rope so that God can mould us into His glory. When we express the necessary trust in Christ Jesus, His duty is to raise us from death to life and thus restore us to a full relationship and fellowship with the Heavenly Father. The Scriptures say in 1 John 5:4 that this is the victory that has overcome the world – even our faith. This shows that the victory is in our faith, believing, confessing, receiving and in our doing the works of victory in Christ Jesus. In his concluding remarks, he also added that “with these undeniable proofs, agree with God’s Word for your life that faith is there for your challenges”.

THE WORD OF GOD THAT STOPPED THE ISSUE OF BLOOD 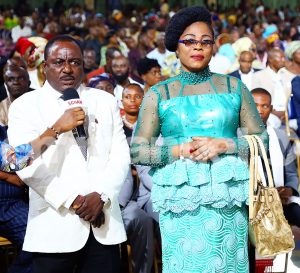 Mrs Promise Obodo came to The SCOAN last week with the horrific problem of constant bleeding. Towards the end of the Sunday Service, Prophet T.B. Joshua gave her a word of prophecy: “There is a woman bleeding … you are wet. Come out”. Overwhelmed by joy from a solution-at-long-last, Promise walked to the front of the church to confirm the prophecy.

To demonstrate that in God’s Word lies solution, Mrs Promise Obodo came to The SCOAN to testify to the goodness of what God had done in her life. Confined to a life of idleness for 4 unhappy and agonising months due to the heavy bleeding, Promise recounted how it robbed her of the joy of working as a fashion designer and carrying out the household chores. The situation compromised her blood level and caused her to frequently faint. After the word of prophecy and prayer by Prophet T.B. Joshua, Promise said the bleeding immediately stopped and that embarrassing occurrence of accidentally soiling her dress in public was taken away forever, to the glory of the name of Jesus Christ.

Glorifying God, Mr and Mrs Obodo thanked God for her healing. “There is nothing God cannot do. Believe and trust in God,” the couple advised the congregation and viewers all over the world.

PASTOR AND WIFE RECONCILED THROUGH PROPHECY 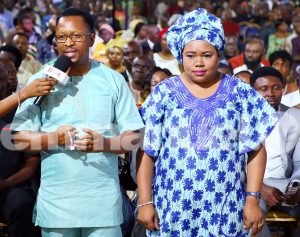 Pastor Abraham Kgaketla and his wife came to The SCOAN to place their marriage-on-rocks before the Lord. Throughout the 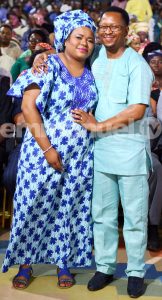 over 13 years of marriage, the couple knew no peace but regular fights that had an adverse effect on the health of their first son. Pastor Abraham Kgaketla said that it was after the birth of their first son that his world became a living nightmare by the day. Mrs Kgaketla was so filled with anger that she often ignored the normal care the baby needed. Referring her to household chores became a stirrer of verbal fights. Inclined to believe that her husband did not sincerely love her, she would deliberately push him off her in the middle of the couple making love. It did not stop there, for she would then select the couch in the living room to pass the rest of the night. The premise for rejecting his affection was due to her conviction that he only needed her as an object in bed to satisfy his fleshly desire. This lack of attraction between the pair pushed him to engage in extra-marital affairs.

The couple’s marital conflict reduced Mrs Kgaketla to a state of depression which compromised her immune system and she fell critically ill as a result. There were times whenever she attended her husband’s church service, she felt he was preaching against her. To visibly show her anger, she would walk out of the service and elect to fellowship elsewhere. The marital trouble and tension could be read across the faces of the couple. Unfortunately, the lack of peace and happiness in their matrimonial home seriously affected their 12-year old, who was diagnosed with hypertension as a consequence. 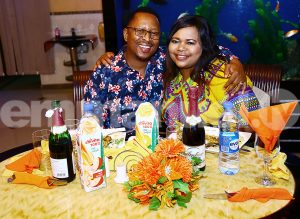 Having exhausted numerous sessions of marriage counselling and interactions with other pastors, Pastor and Mrs Kgaketla travelled to The SCOAN to seek the face of God for a permanent solution. The long awaited deep sigh of relief came when the Man of God Prophet T. B. Joshua gave the prophecy about a woman who had a spiritual husband and was in the church with her husband. The prophecy located the Kgaketlas and the South African couple came out.
After the deliverance by the anointed man of God, Pastor Kgaketla now confessed that he’s realised he had married a beautiful wife. The couple thanked God for restoring their marriage. Pastor Kgaketla said he sees a sharp attitudinal change in his wife. Believing that their hypertensive 12-year old son has been restored as well, Mrs Kgaketla advised viewers all over the world to seek God for He is the solution to all fundamental issues of life. 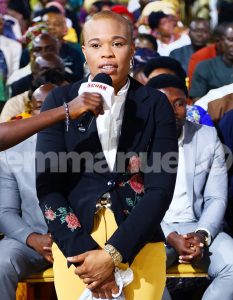 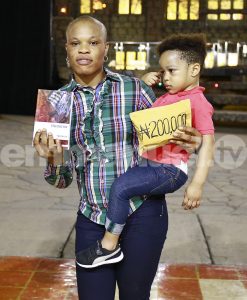 Miss Itohan Idosa, a Nigerian living in Italy found herself entangled in a life of prostitution. During the early years of her life, she went truant instead of staying in the classroom. She led a laisse faire life by being on the loose, which eventually saw her sleeping around with men at the tender age of 17. Itohan’s promiscuity positioned her to meet someone who took her to Italy on the condition that she would pay back 55,000 Euros as a bond for her freedom and stay in Italy. Within one year, she amassed the amount by technically muddling her body through sleeping with 15 to 20 men in a day. After paying off her debt, she started solidifying herself more into the vile business of prostitution to such an extent that she started to traffic other girls from Nigeria to work for her as well. Her shambolic lifestyle made her toy with her own life that the experience she had from being put at knife point and subjected to unspeakable ordeal, did not teach her enough lesson to walk away from such destructive way of life. She practiced prostitution in Italy for 7 years before she met the father of her child. She was so immersed into prostitution that even when she was pregnant with her son, she still slept with lots of men for 4 months.

With time Miss Itohan became burnt-out, and resorted to settling down with an Italian man in a quest to seek an exit strategy from prostitution. As both her physical and spiritual life became weaker by the day, she ran to The SCOAN where she received a touch from Prophet T.B. Joshua that saw the evil spirits cast out of her life. She testifies that her life is transformed, she has peace and can sleep well and read her Bible.

Knowing that anyone can be delivered but not everyone can maintain the deliverance, Prophet T.B. Joshua together with the Emmanuel TV Partners supported Miss Itohan with the sum of 200,000 Naira to start a new life. Appreciating God for what He has done for her, she advised the world that there is no way out through prostitution – it only leads to destruction. We should rely on God and make the Word of God the standard for our lives, she added.

Prophet T.B. Joshua encouraged everyone to love Jesus more with as he led the congregation to pray, “Lord, I will attend to Your Word. I will keep Your Word in my heart for they are my healing, salvation and blessing”. May the Lord strengthen you to keep this promise, in Jesus’ name.