THE WAY WE GIVE - The Synagogue, Church Of All Nations - SCOAN - Prophet T.B. Joshua (General Overseer) Skip to content 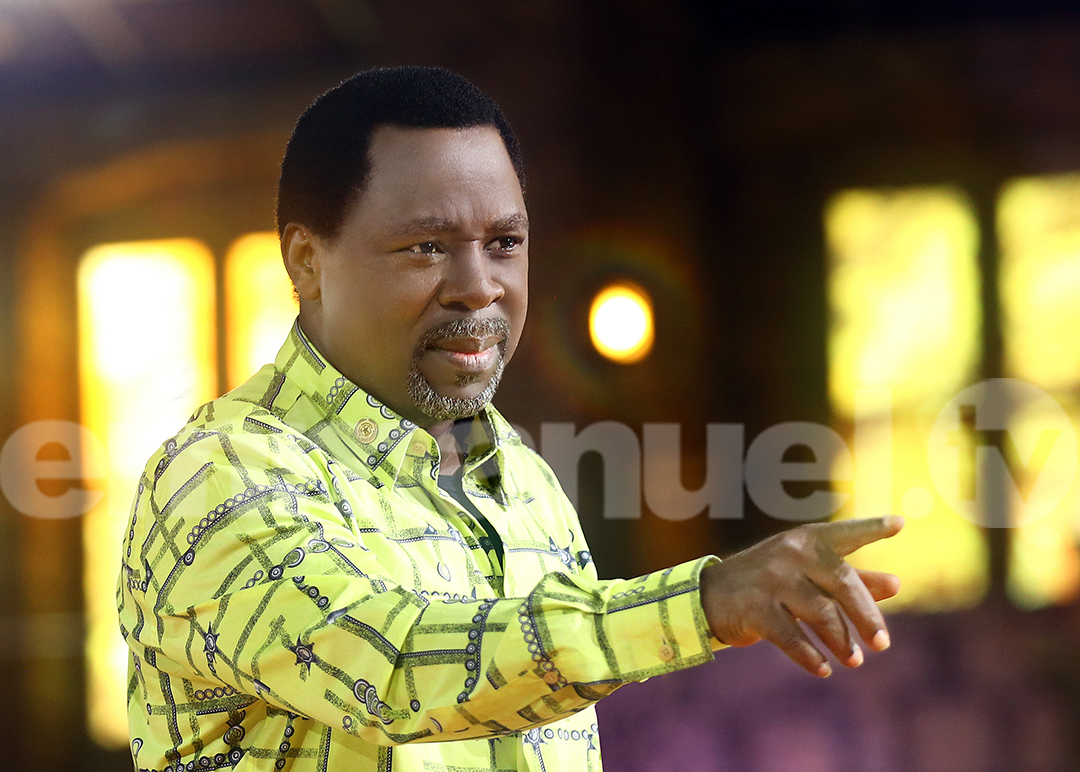 In the spirit of Christmas, Prophet T.B. Joshua enjoined Christians all over the world to cultivate the attitude of giving cheerfully in a way that attracts God. “What we give attracts people but the manner and way we give attracts God. We should not waste our time in giving if the way and manner is not of God” he said.

The man of God further observed that giving the little we have as Christians is more honourable before God. He also declared that giving what our lives depend on is more blessed than giving out of our abundance. “‘I have little’ – that is the best time to give because you find yourself giving what your life depends on. When you have much, it is difficult to identify what to give. If you are not able to part with little, you cannot part with much”, he stated.

For those who love to flout their wealth and money in the midst of suffering and poverty, the man of God challenged them to self-examination, saying, “You have money and you are walking in the midst of the poor; what do you want to use the money for? What you have in your pocket is telling you that you are not saved.”

Concluding, he urged Christians to understand the essence of giving, adding that there are many things we can give apart from money and material things. “Everything about you is needed. Someone needs it – your smile, your time, your love and every good thing God has given to you” he said.

Earlier in a message titled LOOK INTO YOUR LOVE WALK, evangelist Edward urged Christians to intensify their show of love to people around them, especially at a time when the world is engrossed with so many troubles. “With the increasing rate of widowhood, broken homes and refugees, the church cannot afford to sit on the fence. Christ came not for us to make excuses about how we are not properly placed or about how bad society is or about how someone else should do something about it. He came to show us the light of His love, His goodness, His kindness, His mercy, His generous and forgiving Spirit and now He expects us to follow in the light of God’s love”, he said.

He also encouraged the children of God to continue to give so that they can receive. In giving, he urged them to let love lead, adding that we should love without expectation. “Look into your love walk and let the love of God lead you. Don’t wait to hear thank you. Don’t expect anything from the person you give to. Even if they don’t appreciate it, it is better to give to the ungrateful for then we have God as our Rewarder. Love without expectation earns us the love of our Heavenly Father.”

He concluded with the following words of wisdom: “The beauty of life does not depend on how happy you are but on how happy others can be because of you. How many people are happy because of you today? How many lives are you capable of changing? How many lives have you changed? This is what matters to Jesus Christ. Your gift may not be needed by everybody but there is someone somewhere waiting for you for a lifetime.” 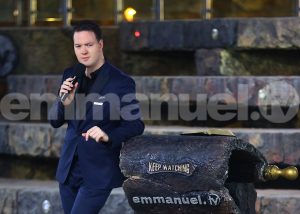 An astute security expert with profound experience in Nigeria’s national security, Dr Dan Mou had held several top positions in the Nigerian security landscape. He has also been an academic in the security sector and has written 10 books on security. However, in spite of his rich intellectual pedigree, he discovered that his books were struggling to sell in the market. He had thought they would be bestsellers going by his personal popularity and the advertisement the books had enjoyed in the Nigerian media. It was demoralising to hear that his supposed bestsellers were struggling to sell a paltry 250 copies per year.

When it dawned on him that there was something wrong somewhere, he conferred with his wife who in turn introduced him to Emmanuel TV. Dr Mou fell in love with the anointed channel. He would soon be inspired by a message from Prophet T.B. Joshua. The man of God had told Christians all over the world that no matter how hard they have tried, they still need God to bless their effort before it can become a success. That message propelled him to visit The SCOAN and also charted the roadmap to his eventual breakthrough.

Arriving at The SCOAN with a suitcase filled with his books, he had expected that the man of God would lay his anointed hand on the books to make them sell like hotcakes. But a Prophet would always do as instructed by the Holy Spirit. Rather than lay hands on the books, Prophet T.B. Joshua laid his hand on Dr Mou’s head and prayed for him, declaring that there was no situation or challenge that Jesus cannot solve. After the prayer, the man of God also blessed him with bottles of the Morning Water.

Dr Mou returned home and started ministering the Morning Water on his books, praying for a divine revival for the publications which were on the verge of sinking into perpetual oblivion. After seven days, the breakthrough he had sought for years began manifesting! His publisher in the United States fired the first salvo of good news. One of his books was nominated as the best book of the year in the USA in the category of Social Science and Politics.

He had hardly finished savouring the joyful fragrance of the good news when another one surfaced. This time, he received a letter from the National Chronicle Magazine informing him of his award as Publisher of the year, 2016. His books that had earlier struggled to sell 250 copies, suddenly became high in demand, selling between 25 and 30 thousand copies yearly. Six of such books have been approved as compulsory textbooks for students of Nigerian security intelligence agencies and schools, including the Department of State Security. His books have been receiving rave reviews in the Nigerian media.

“I have become a celebrity because of the Morning Water”, he told Emmanuel TV as he testified last Sunday. After publishing for many years without making tangible progress, his story changed after he encountered Jesus through Prophet T.B. Joshua and the Morning Water. Thanking God for making him popular and prosperous, he had a simple advice for people all over the world: “Man’s effort is not enough; you need God. Whatever you are doing, you alone cannot do it; trust Jesus. Jesus removed my burden and I believe He will remove your burden as well.” 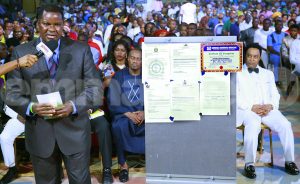 Mrs Caroline Aneke is a police officer whose promotion had been an arrested development for seven years. Watching Emmanuel TV would later prove to be the greatest changer of her destiny. She had watched Prophet T.B. Joshua preach against holding onto offence and had decided to make peace with an offender. She personally reached out to the offender and both of them agreed to bury the hatchet, irrespective of who was right or wrong.

A few weeks after she had taken that godly step, she received a message inviting her for a promotion interview. During the interview, she ministered the Morning Water, calling on God to take more of her and give her more of Him. When the interview started, she was the only woman who could answer a tough question that all other officers failed to answer. That day ended on a glorious note for her, making fellow officers to say that they have never seen a female police officer come first in an interview!

After some months, she was promoted from the rank of an Inspector to that of an Assistant Superintendent of Police. As she is still enjoying the benefits of her promotion, Mrs Aneke also testified to her healing from a stubborn boil which had defied all medical efforts, including two surgeries. The boil had troubled her for over 30 years and was finally crushed by the Holy Spirit when she received the ministration of the New Morning Water. Testifying last Sunday, the Nigerian thanked God for changing the story of her life. “Partner with Jesus Christ. He is the only One who can never disappoint you”, she advised. 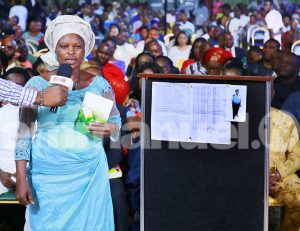 RESCUED FROM THE THROES OF DEATH

Mrs Ekatah’s sister was struggling between life and death. She was diagnosed with a heart problem and her physical appearance was a picture of sickness. A swollen stomach, swollen legs and acute weakness of the body were the signs that made Mrs Ekatah weep like a baby. From Ilorin, Nigeria where she lives, she came down to Abuja and took over the responsibility of finding good medical care for her younger sister. After moving from one hospital to the other, she eventually settled for the University of Ilorin Teaching Hospital.

At the teaching hospital, matters seemed to get worse as her sister reacted negatively to all the medication administered on her. It was a scenario of near hopelessness as there was no improvement in her condition. Mrs Ekatah thereafter considered spiritual help. Taking her sister from church to church, she had expected an immediate solution but that was never to be as her sister’s condition kept deteriorating by the day. At one of those churches, she was even told the exact date that her sister would die.

In the midst of all the dilemma, a cousin based in Port Harcourt had told her categorically that the only place where her sister’s illness would be healed completely was The SCOAN. Through her cousin’s help, she was linked with a member of The SCOAN who graciously sent the Morning Water to her in Ilorin. By this time, her sister’s condition had deteriorated seriously to the extent that she was salivating and unable to utter a word. The illness had broken her down.

Armed with the Morning Water, Mrs Ekatah ministered life back into her dying sister. The way she was revived can only be described as a rare miracle. It was akin to coming back from the throes of death. The power of God in the Morning Water made it possible. During her testimony last Sunday, Mrs Ekatah’s sister looked hale and hearty and radiated the glory of God. She marvelled at the way her recovery happened immediately she received the ministration of the Morning Water. Thanking God for the revival and restoration, she had the following advice for people all over the world: “With God, nothing is impossible.” 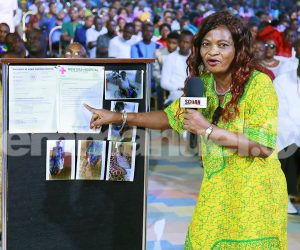