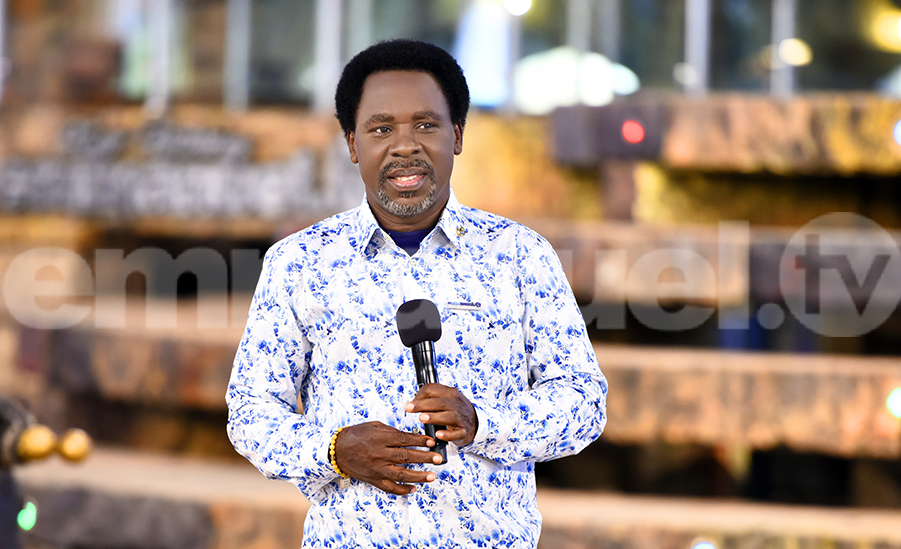 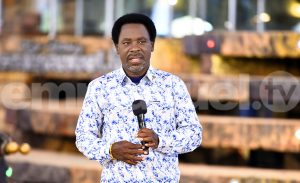 Words cannot describe the atmosphere that filled the auditorium during the Sunday Live Service at The SCOAN as the awesome presence of God was intensely apparent. The man of God, Prophet T.B. Joshua gave an awe-inspiring message in which he emphasised the utmost need for Christians to have a free spirit. He said, “A free spirit is a spirit that is not locked up by sin – holding grudges, envy, jealousy, things of the past, pain of the past, strife, unforgiving spirit. A free spirit is sensitive to the Spirit of God and if a spirit is locked up by sin, it cannot be sensitive to the Spirit of God.” He further said that if the human spirit is in any way bound, it is not useful to God, “the human spirit…if it is burdened it loses that sensitivity and therefore is useless as an instrument because it is locked up by anger, envy, unforgiving spirit, pain of the past.” In a concluding statement, the man of God urged all Christians to acknowledge their ‘right’ and leave their troubles for God. He called on the congregation to repeat this statement after him, “I know my right – Jesus is my right”, after which, he explained, “It means you leave the battle for God because you do not want anything to lock up your spirit. Leave it for God”.

Earlier on in the service, the faith of many were lifted high as they listened to faith building testimonies of people who had been miraculously healed, delivered and blessed through the ministry of The SCOAN.

INSTANT DELIVERANCE FROM THE SPIRIT OF WOMAN 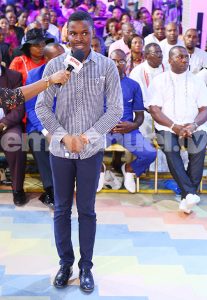 Mr Motepe Eugene Monama came all the way from South Africa traumatized and tormented by the spirit of woman. He looked unrecognizable as he shared his testimony to the viewers on Emmanuel TV. His looks had been transformed with a clean hair-cut, following his deliverance.

Motepe’s problem actually started one fateful day while browsing through the internet on his phone; he bumped into a pornographic site consisting only of men. He took interest and continued watching and that was how he was possessed by the spirit of woman. This happened at the tender age of 15.

During his deliverance by Prophet T.B. Joshua, the spirit of woman was cast out. The Prophet also asked that the unusual hair style he had then be removed.

Testifying before the whole world, Mr Motepe mentioned that he was free and no longer filled with negative thoughts. Following his deliverance, he has since de-activated his Facebook and other social media accounts in order to end all forms of communications with his past life. He also went further to change his mobile phone sim card.

He advised the viewers not to copy the behaviors of the world. He also advised the congregation and viewers to involve God in their spiritual life. 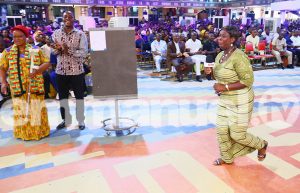 Living with the problem of difficulty in walking for a year is no joke. Mrs Yvonne Delali Adogla could not hold back her tears of joy as she testified of how God healed her from difficulty in walking. Narrating her story, Mrs Delali Adogla said that about a year ago, she had an accident and went for a checkup in the hospital. The doctors informed her that she needed crutches to aid her walk because her bones had been affected due to the injuries sustained during the accident. 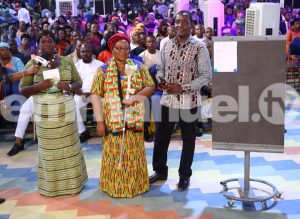 It was very difficult for her to continue to go to her work and her daily chores and activities at home were also halted because she couldn’t do anything by herself; therefore, her family had to assist her generously. One fateful day, she discovered Emmanuel TV and saw what God was doing in the lives of people through Prophet T.B. Joshua. She was able to receive the Morning Water and ministered it in Jesus’ name. As she applied the Morning Water, her faith immediately increased as the dead bones in her legs revived and to the glory of God, she began to walk without the aid of the crutches. That night, she slept pain-free like a baby. Glory be to God, she is free and when the Son of God sets you free, you are free indeed. She advised that we should all seek the face of God no matter the circumstances because He is our Healer and Deliverer in times of trouble.

FROM ABJECT POVERTY TO BLESSING OTHERS 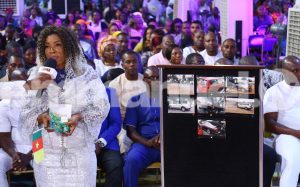 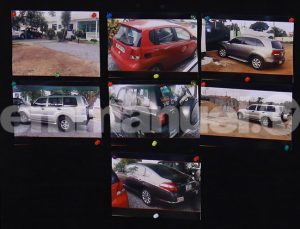 Mrs Dassie Marlyne Felicite migrated from Cameroon to the Ivory Coast in search of greener pastures and a better life.

Whilst in the Ivory Coast, the poverty and hardship increased and she experienced homelessness for four years, resulting to begging in the streets for food. Whilst on the streets, she met a man who told her about The SCOAN. She visited The SCOAN and the Man of God blessed her with the Morning Water.

She returned to Ivory Coast and miraculously met a wealthy man who proposed to her and eventually married her, lifting her out of abject poverty.

As evidence of the goodness of God in her life, she displayed pictures of a fleet of cars she’s been able to acquire. She was also privileged to visit Cameroon to bless her family and relatives. To God be the Glory!

THE LORD THAT STARTED THIS WILL FINISH IT! 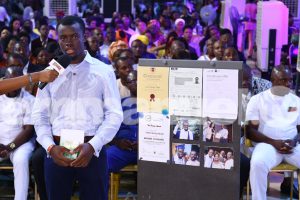 Desperate to succeed in his academic life, Mr Ezekiel came to The SCOAN, where he was prayed for by Prophet T.B. Joshua and also received the Morning Water. He administered the Morning Water in the name of Jesus Christ and felt instant release – something had left him. When he went back to Ghana and continued school, he noticed that his attention and desire to study increased. Also, he was no longer addicted to pornography. He took an entrance exam to get into the university. The pass score for the exam was a 5.5 minimum but to the glory of God, he got a 7.0 – a distinction! As a result of this wonderful result, he was given a conditional offer to Northampton University, UK.

Overwhelmed by joy, Mr Ezekiel said he was so happy and thanked God for His love in his life. Mr Ezeikel told viewers all over the world that the Morning Water was a divine tool of God used to deliver and renew people’s lives. On his part, he thanked God for the breakthrough in his academic life. 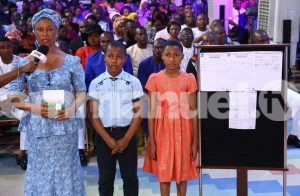 Mrs Mmeno Aniefiok Ntong woke up with a severe headache and had no clue what triggered it. She rushed to hospital to have a thorough medical checkup. To her surprise, the doctor diagnosed her of diabetes. All the cocktail of prescribed drugs she took failed to improve her health. She visited The SCOAN to collect the Morning Water. On ministering the Morning Water, she prayed: “Lord Jesus, You are my Healer, Saviour; I know You will heal me”. In sharing her testimony to the people of God, Mrs Mmeno Aniefiok Ntong said that following the ministration of the Morning Water, full strength returned to her body and she was fully recovered. In order to testify to the miraculous healing, she returned to the hospital for another test. The results showed that her blood sugar level which were initially 17.1 in level had dropped to 5.1, which is within the normal range.

Besides Mrs Mmeno Aniefiok Ntong’s testimony, she also testified that her son, who had difficulty in passing his exams came out with distinction after ministration of the Morning Water.

Additionally, her daughter, who used to throw tantrums for any trivial issue, has now become a calm and happy girl to the glory of God, following the ministration of the Morning Water.

She advised viewers all over the world to have faith in God for He is the answer to every prayer.