In his own words, Prophet TB Joshua describes his early years, and the belief that inspired him to do what no one has ever done and go where no one has ever gone in order to achieve what no one has ever achieved. It is an inspirational, challenging and reflective read, which clearly illustrates the principle of life that there is a time for everything and life is in stages… What time are you in?

“I found myself in a family background that irritated me. In those early years of my life, I knew I would be blamed for what I gave my attention to – so I took a different direction in order to achieve a different solution.

A journey of a thousand miles starts with one small step…

Before this time, I was a member of the Anglican Church and participated actively in many church activities. On three different occasions, I was appointed the chairman of Children’s Harvest/ Thanksgiving ceremony. During my elementary education at St. Stephen Anglican Primary School, Agbalaku, Arigidi, I was leader of the student Christian fellowship.

I taught my colleagues the Scriptures without formal Bible training. In my dreams, I was always taught the Scriptures; that gave me an edge over other student colleagues, even my teacher. I was the smallest in the class but led the prayer during the school devotions. My teacher, Mrs Margaret Tolani Adejumo, and my colleagues usually called me ‘small pastor’.

I recognised early enough that victory obtained through Christ was a time past victory. I mean, it is victory assured. Rather than despair and blame my situation on family background, I began to be proud of my situation in order to feel Christ’s victory over me.

I became content with my situation, knowing that my situation is redeemable through Christ and that the redemption was a time-past one. I mean, redemption assured. Then I began to take God at His Word in order to have His way. Nobody is too good or too bad to qualify for His grace.

Remember, it was possible for me to sit somewhere and begin to make excuses for my situation. I never did.

Whatever I am today is a product of that conviction that victory through Christ is victory indeed. The rest is history.

Today, many people blame their situation on family background. Some would say, “I am poor because everyone in my family is poor.” If you make excuses for being poor, your poverty cannot be excused. Remember, you are responsible for what you give your attention to; so it is unnecessary to blame your situation on anyone.

Today, it is common for people to blame their failure on their family background, whereas they attribute their success to their personal effort.

If you attribute your success to your personal effort, you should also accept the blame for your failure. When we make excuses for our wrongdoing, such misdeeds would not be excused.

\God has a time for everything…\ – TB Joshua

God has a time for everything: A time to grow, a time to face realities of life, a time to overcome and a time to show the proceeds of victory. Ecclesiastes 3:1. I want to let you know that this record is not in anyway intended to show off – I mean, it is not a way of saying, “I have arrived”, but my own way of glorifying God for what He is doing in our lives. It is my own way of giving testimony to the goodness of God in my life. First, to show my total dependence on God and second, to encourage the weak that there is hope; Jesus is the hope.

Life is a warfare, and in a war there are many battles to be won. 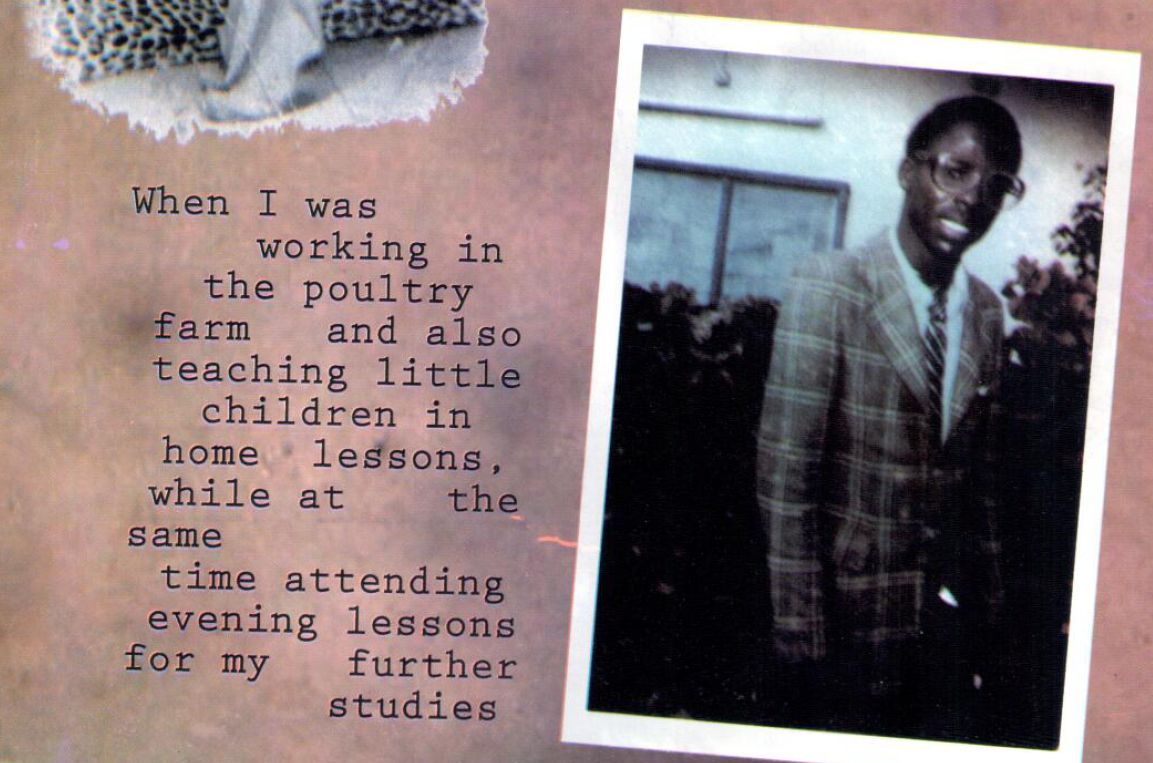